What is more important: the responsibility of America’s government to raise an effective fighting force? Or the right of Americans to refuse military service? This is a question that has persisted throughout our nation’s history, from the Revolution through the controversial war in Vietnam.

For Texas History Day, Zakary Piwetz took a closer look at the history of America’s military draft with a video documentary. You can read his process above and watch the video below. 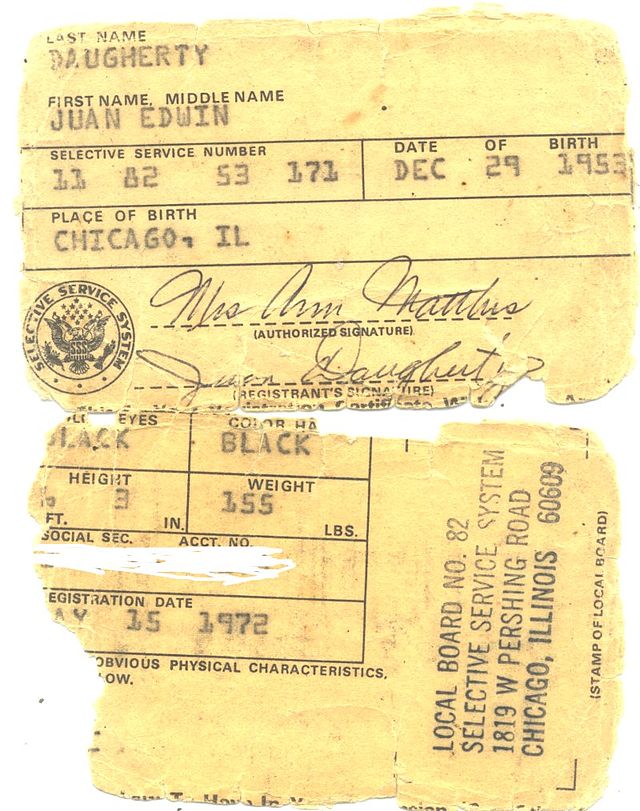 Both of my grandfathers served in Vietnam during the time draft and War protests occurred across America. I was curious about why some people joined the military or were drafted while others refused to serve. The protests seemed like a perfect topic for the theme of rights and responsibilities, hut too much information existed to cover in a ten minute video. To narrow my topic, I decided to cover anti-draft movements throughout American history, focusing especially on the impact of those in the Vietnam era.

My topic fits the NHD theme, Rights and Responsibilities, perfectly because the draft remains the greatest topic for debate over rights arid responsibility in American History. This topic has touched the lives of every American over time; those who felt it was their responsibility to serve, those who protested because they felt it violated their rights, and those government leaders who were responsible for defending both democracy and individual rights. When the word “draft” enters a conversation, every listener has a visceral reaction. For those who lived through the Vietnam Era like my grandfathers, that is particularly true because it divided America like no other time in American History. The draft is still one of the most controversial topics domestically and around the world because of the conflict it stirs over rights versus responsibilities.