In 2010 the Deepwater Horizon, an off-shore oil rig operated by British Petroleum, exploded in the Gulf of Mexico. Over the succeeding weeks an estimated 4.9 million barrels of oil spilled into the Gulf, the largest marine oil spill in American history. This event brought the dangers of off-shore drilling to the forefront of America’s public consciousness, leading many to ask why we even allow such dangerous methods of oil extraction.

Maham Sewani and Sania Shahid, students at Sartartia Middle School, explored the history of this controversial technology with a Texas History Day website, “Oil and Gas Drilling in the Gulf of Mexico.” Looking back on the origins of off-shore drilling, Maham and Sania argue this technology has created both economic benefits and ecological perils. Here are two excerpts from their site: 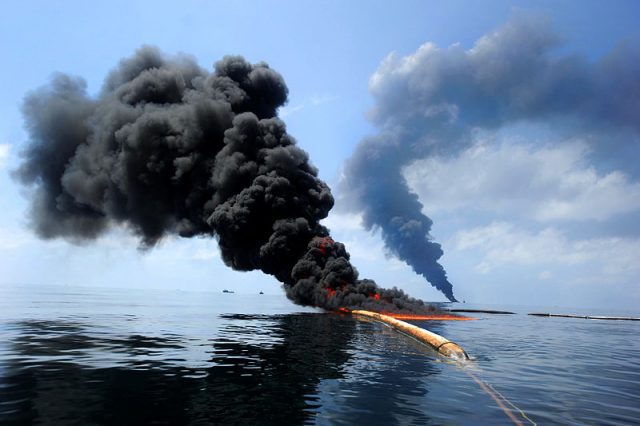 A controlled fire in the Gulf of Mexico following the Deepwater Horizon oil spill, May 6, 2010. The U.S. Coast Guard conducted the burn to help prevent the spread of oil. (U.S. Military)

Rights and responsibilities of stakeholders within the oil and gas industry in the Gulf of Mexico have greatly evolved. Since the mid-1900s, several incidents have resulted in loss of lives, destruction of property, and environmental damage. This has led to the reorganization of governmental agencies, more stringent regulatory framework, and corporate pursuit of technological advances, resulting in improved capability to extract oil and gas in deeper and harsher environments in a responsible manner. 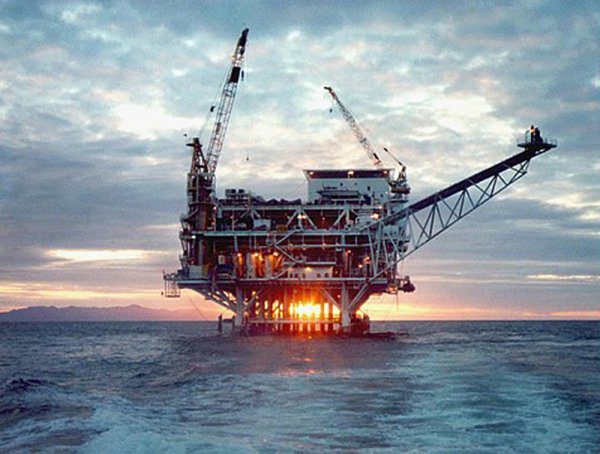 Oil drilling platform off the coast of California, near Santa Barbara (U.S. Department of Energy)

Accidents, changes in supply and demand, technological advancements, jurisdiction conflicts, and competing priorities between energy independence and environmental protection have led to an evolution in rights and responsibilities of oil and gas industry stakeholders in the Gulf of Mexico. These stakeholders include corporations, the federal government, and governments of states bordering the Gulf of Mexico. The evolution over the past 60 years has resulted in significant reorganization of governmental agencies, changes in rights to value derived from mineral resources between stakeholders, and passage of more stringent laws/regulations causing companies to be environmentally safe, while simultaneously pursuing technological breakthroughs for more efficient and effective extraction of oil and gas.

A documentary on the draft’s controversial history in America