Between 1932 and 1972, doctors from the United States Public Health Service undertook a project in rural Alabama to allegedly treat “bad blood” and other illnesses among local African-Americans. But these doctors’ real agenda was to observe the impact of untreated syphilis. Over four decades, 600 African-Americans, believing they were receiving genuine medical attention, were given placebos and prevented from treating their syphilis. To this day, the Tuskegee Syphilis Experiment remains one of the most controversial moments in the history of American medicine.

Officially titled “The Tuskegee Study of Untreated Syphilis in the Male Negro,” the experiment, originally designed to study the progression of untreated syphilis in African American men for six months, ran from 1932 to 1972. The study had 600 participants: 399 with syphilis and 201 in the control group. The doctors lured the participants with false incentives, and although penicillin, a cure for syphilis, was available in 1947, physicians did not treat the participants. 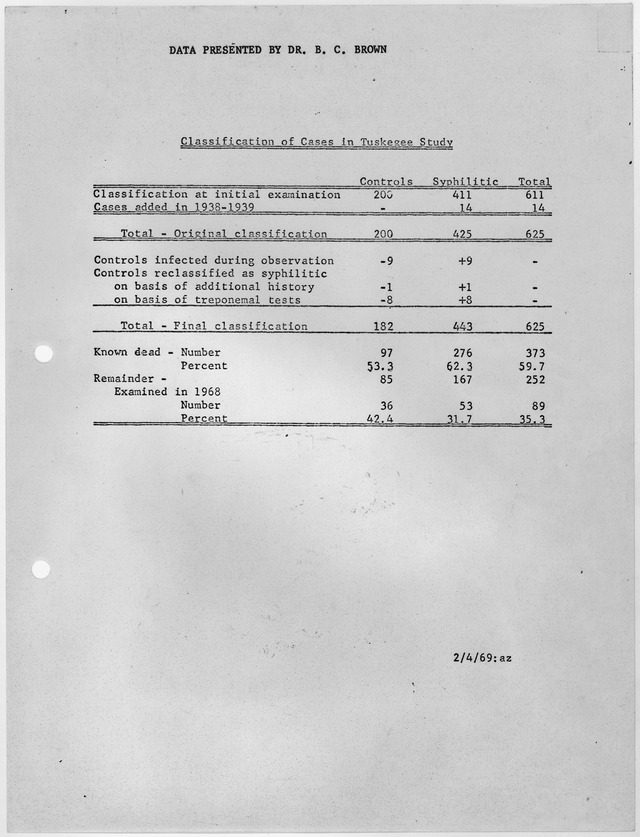 The 600 sharecroppers involved in the Tuskegee Syphilis Study sought compensation for the damages incurred during the experiment. The progress of the Civil Rights Movement and the rights previously promised to human research subjects in the Nuremberg Code only served to encourage public support of the trial. After being subjected to prejudice and inequality, the participants and their families felt the court’s award was inadequate. The final settlement awarded $10 million divided among the living patients and their relatives.