Today we take vaccinations for destructive illnesses like Yellow Fever and Smallpox for granted. But what many of us don’t realize is the human toll that accompanied the discovery of these miracle drugs.

Jonathan Celaya of Alpine High School wrote a research paper for Texas History Day examining the delicate balance between the private rights of patients and the public responsibilities of physicians and scientists in the history of medicine and disease control. He argues that all too often one must come at the expense of the other: 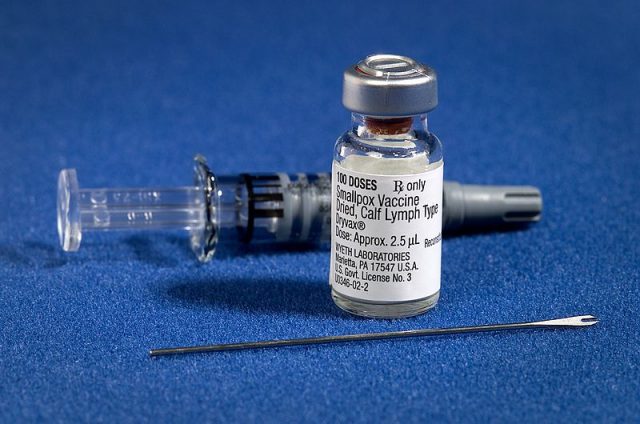 Components of a modern smallpox vaccination kit including the diluent, a vial of Dryvax vaccinia vaccine, and a bifurcated needle (CDC)

From the earliest medicinal discoveries and treatments, the physician has had ultimate authority on what to administer to a patient. It was not until the technological revolution in the mid-1960s when medical experiments were conducted to discover new treatments and technologies to potentially benefit patients. These experiments and their results soon raised ethical issues. Often the subjects of the experimentation and the recipients of newly discovered treatments were unwilling participants. In some cases, these patients died after being forced to undergo such experimental procedures. There were no guidelines in the Oath on these matters, so a new principle had to be established. This principle became known as “informed consent,”meaning that the potential subject or patient was entitled to all information about his situation in order to decide what was best for him or herself. 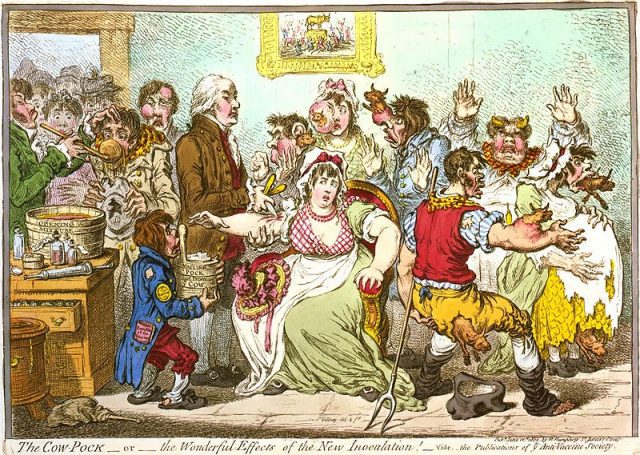 Therefore, the responsibility of the medical profession to act in the best interests of their patients dictated a new solution was needed. Edward Jenner discovered it by forcibly injecting the son of one of his servants with cowpox, a disease similar to smallpox, but found only in cows, to see if he would become immune to smallpox. Although the procedure provided excellent protection to the few private parties and physicians who utilized it was at first widely ignored. As other people began to try the procedure at Jenner’s urging, however, they found the results of the vaccination were far better than those of inoculation. Thomas Jefferson was among these skeptics and experimented with the new vaccination upon his slaves before accepting vaccination on his family. By today’s standards, the vaccination experiments conducted by Jenner as a scientist and Jefferson and other civilians were immoral due to the lack of subjects’ informed consent, although no such principle existed at the time. Either way, they provided the world a gift of limitless value.

Catch up on the latest Texas History Day projects:

A documentary on the draft’s long, controversial history in America