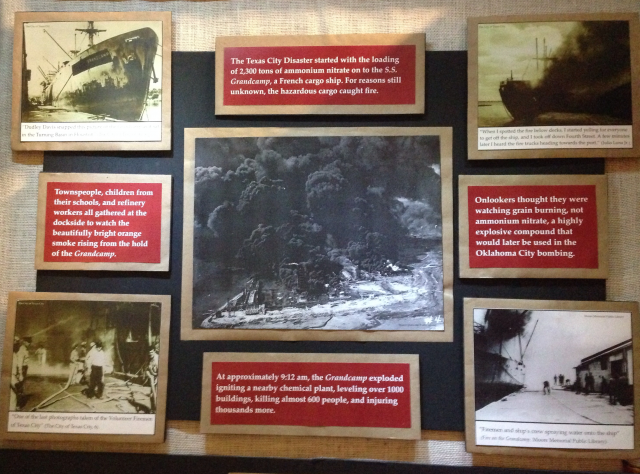 A section of Evan’s exhibit

When deciding on a topic, I wanted to find something that dealt with Texas History. Since the theme is rights and responsibilities in history, I immediately thought about the town where I was born. I grew up hearing stories about Texas City and the huge explosion that occurred there. My grandfather was at Lamar College in Beaumont, where the windows shook at the Chemistry building when he was having class. One of my parent’s colleagues, who was six years old at the time, was orphaned by the disaster and wandered the town, by himself, for three days after the explosion. Growing up with these stories around the house, I wanted to learn more about the disaster. 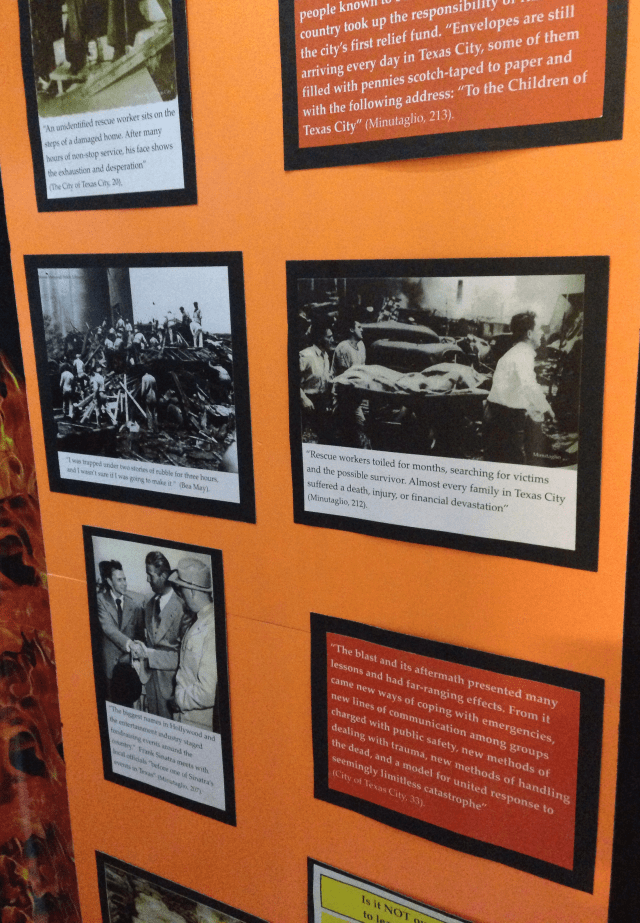 Another section of Evan’s exhibit

My topic fits the theme of rights and responsibilities in several ways. Although the Texas City Disaster is an all-but-forgotten event, the court case that came from it was the first failed class action law suit against the United States government. These citizens were exercising their new right, granted to them by the Federal Tort Claims Act of 1947, to sue the federal government. Other results of the disaster included governments and industries having to be more responsible in disaster prevention and response. Also refineries in the Texas City area formed the Industrial Mutual Aid System to help prevent future disasters. With all disasters come changes, both good and bad. The Texas City disaster forced people to rethink how we regulate import and export of dangerous materials, and although it’s still a problem today, changes have been made for the better.