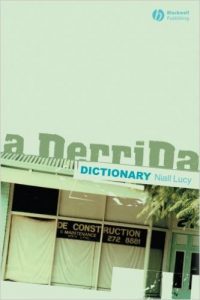 If I paint a milk bottle red, does this mean I have “deconstructed” it? This is an example of deconstruction provided by Niall Lucy in A Derrida Dictionary and it makes a good starting point for us to discuss deconstruction. According to Lucy, the painted bottle has a different appearance than the original. This simple change in appearance does not deconstruct the milk bottle as a milk bottle. However, painting a milk bottle red can become deconstructive when taking into consideration its context. If the bottle’s colorlessness was taken for granted by people as the default nature of milk bottles, painting it red deconstructs this prevailing perception. 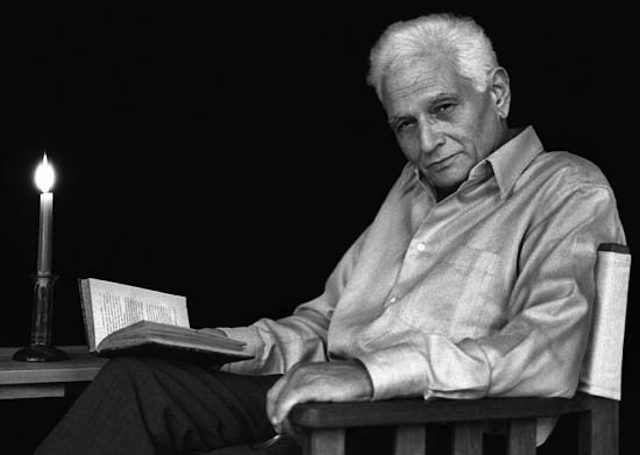 The most mysterious part of deconstruction is why it has such great influence on humanities and social sciences, but itself is not a method or a theory. Since the 1980s deconstruction has designated a range of theoretical enterprises in law, anthropology, historiography, linguistics, sociolinguistics, psychoanalysis, political theory, feminism, and LGBT studies. It even influences architecture, music, art and art criticism. The great influence of deconstruction may lie in its revolutionary explanation of the world, society, and the knowledge. Derrida claimed that deconstruction was not a theory or a method, but it has been turned into a theory and a method. At the root of this method is Derrida’s concept of the reciprocity of signs.

Derrida states, “From the moment that there is meaning there are nothing but signs. We think only in signs.” Any given concept is constituted in terms of its reciprocal delimitation. And it is a violent hierarchy that we are dealing with in a classical philosophical opposition. One of the two terms always governs the other, for example, speech over writing. The first task of deconstruction is to find and overturn these oppositions inside a text or a corpus of texts. Deconstruction also marks their difference and the eternal interplay between the concepts in opposition.

These specific tasks allow deconstruction the possibility of constantly contributing post-structuralism and postmodern philosophy without an obvious definition. When we are talking about deconstruction, it is certainly much more complicated than painting milk bottles red. But Derrida started the journey for a lot of academic fields to find the deconstructive meanings even in minor actions like painting the milk bottle red.