Daniel Wilkinson, Silence on the Mountains: Stories of Terror, Betrayal, and Forgetting in Guatemala (2002) 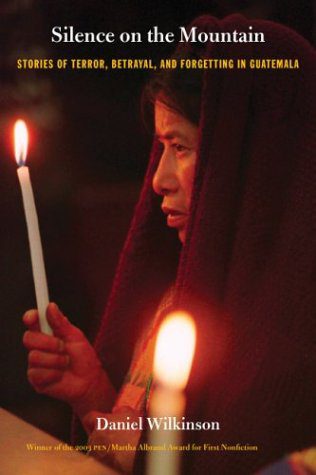 This book originated when Wilkinson, a young human rights worker in Guatemala, began to look into the arson burning of a coffee finca (plantation) of a prominent family. Through a series of interviews and eventually some archival research, he learns not only the history of the finca itself, but also about how the people in the area were both involved with and deeply affected by the civil violence of the late 1970s and early 1980s in Guatemala. Trained as both an academic and as an activist, Wilkinson effectively weaves together the ways in which labor exploitation, terror, violence and the tyranny of silence conspire to render the experience of ordinary people silent. 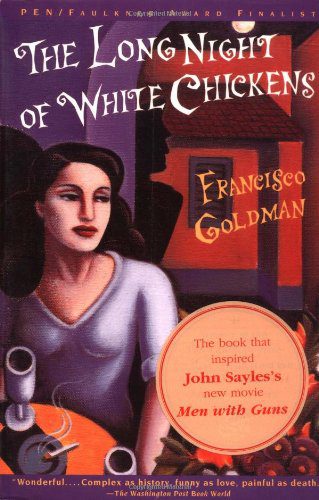 This novel, which takes place in Guatemala in the late 1980s, is a mystery in which a young woman, Flor de Maya Puac, is murdered, presumably by Guatemalan security forces. Her stepbrother, Roger, comes from the US to repatriate her body and investigate her death, only to find himself lost in a labyrinth of lies, rumors, and willful delusions about her demise. The charges against her—that she had been involved in a kidnapping ring of sell the organs of adopted children, that she has been killed by a death squad or by criminal associates, all reflect some pernicious current of Guatemala reality. The author, Francisco Goldman, is himself Guatemalan-American, and this award-winning book, his first novel, conveys the eeriness and dis-ease of that era better than any other.