Few presidents have left as complicated and politically charged a legacy as Ronald Reagan. Hailed as a pioneer of conservatism by some and reviled as an enemy of the middle class and a supporter of dictators by others, Reagan’s legacy has largely been shaped by debate between partisan pundits. Gradually, however, a limited body of more moderate of “Reagan revisionism” has begun to emerge. Historians and political scientists, writing with the benefit of temporal distance from events and increased access to sources have begun to produce more nuanced accounts of the 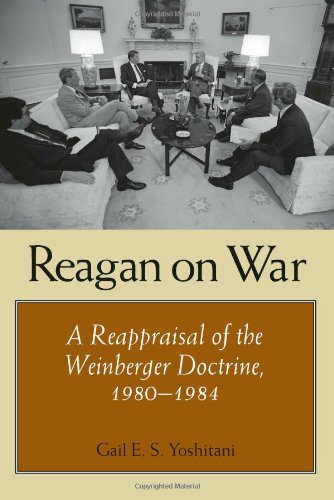 Reagan administration – especially in the realm of foreign policy – that acknowledge the administration’s shortcomings and its successes.

Gail Yoshitani’s Reagan on War is one such book. Yoshitani, a professor of history at the US Military Academy at West Point, offers an in-depth look at the Reagan administration’s development of a strategic doctrine for the use of force based on extensive archival research. She demonstrates how a doctrine for the use of force emerged, but also how the Reagan administration, and the president in particular, chose to either adhere to or eschew these doctrines depending on Reagan’s goals Throughout Reagan on War, Yoshitani asks two important questions. First, what role did Reagan personally play in shaping his administration’s foreign policy? Second, to what extent did Reagan’s advisors, neoconservative and otherwise, influence the administration’s foreign policy?

Yoshitani’s account of US foreign policy during the early 1980s places Reagan at the center of events. As president, Yoshitani argues, Reagan set the course for US Cold War strategy. His perception of American resources as infinite and his determination to rebuild not only US military and economic strength, but also the country’s morale, guided policy during the 1980s. Reagan firmly believed that the solution to America’s “Vietnam syndrome” was strong presidential leadership (which he felt had been particularly lacking during the preceding Carter administration) and “peace through strength.” Yoshitani is clear, however, that Reagan’s advisors were responsible for developing policies to achieve these goals. 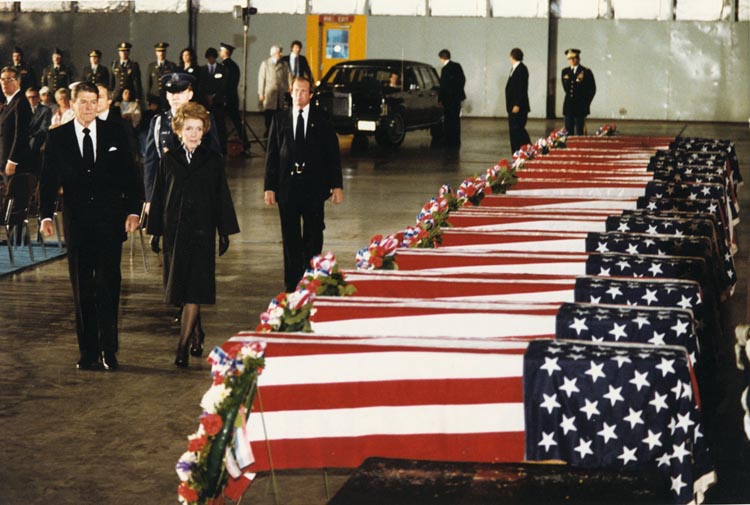 The key question faced by the Reagan administration in Yoshitani’s analysis was not only how to deal with the Soviet Union, but also when the United States should use military force overseas in the aftermath of Vietnam. Reagan’s advisors had differing policy prescriptions for this dilemma and Yoshitani examines the various doctrines proposed by Director of Central Intelligence William Casey, the Pentagon (in particular Chairman of the Joint Chiefs of Staff General John Vessey), Secretary of State George Shultz, and finally Secretary of Defense Caspar Weinberger. Casey’s approach to the use of force centered on proxy forces, usually the militaries of right-wing governments in Latin America, to repel communism. Proxy forces would bear the brunt of combat and create a permissive context for any future American military involvement, if desired, by cultivating a local perceived ally that the United States could support. Vessey and his Pentagon colleagues favored direct and decisive US engagement with limited, realistic goals, such as the removal of Palestinian Liberation Organization fighters from Lebanon. Shultz saw the military as a tool to be deployed in support of diplomacy. Deploying troops was a clear sign of resolve, he argued, but should be done sparingly to ensure that the Soviet Union would not feel compelled to become involved to counterbalance American involvement around the world. Weinberger, synthesizing these approaches, outlined six litmus tests for US policy-makers to govern the use of force: necessity to US or allied national interest; wholehearted commitment; defined political and military objectives; correlation between objectives and forces committed; public support; and the absence of a non-military alternative. Though Reagan did not always adhere to the Weinberger Doctrine, Yoshitani argues, it formed the heuristic framework in which the administration considered the use of force. 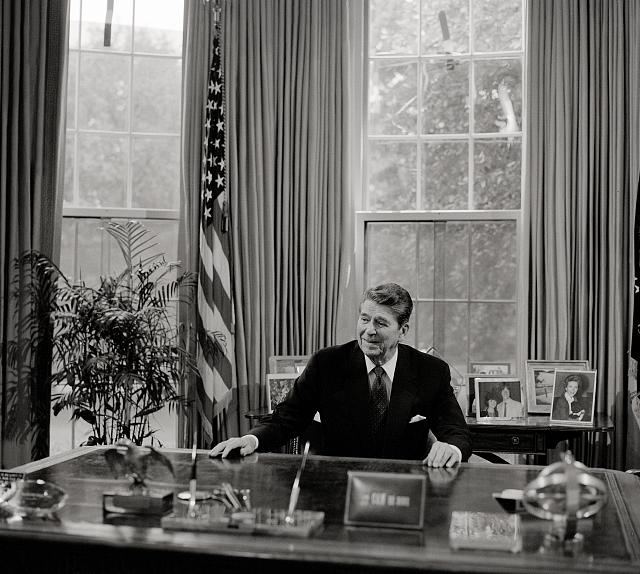 Yoshitani makes a valuable contribution to the historiography of Reagan’s foreign policy by exploring Reagan as an individual, his advisors, and their approach to policy-making and the Cold War. The 1980s are already fertile ground for historians, with ample material accessible at the Ronald Reagan Presidential Library, the National Archives and Records Administration, and in smaller repositories such as the Hoover Institution Archives. This valuable and insightful book will be of considerable interest to students of the Cold War.

More on the presidency of Ronald Reagan:

Joseph Parrott’s review of The Rebellion of Ronald Reagan: A History of the End of the Cold War

Dolph Briscoe’s review of The Age of Reagan: A History