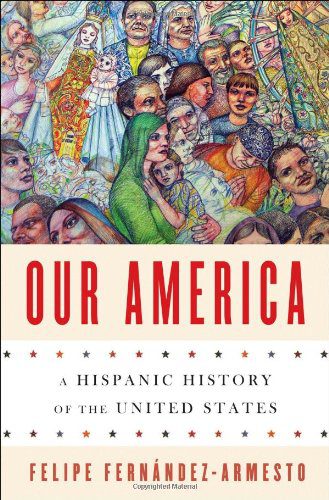 Two flights had been cancelled in Chicago and I had already waited for seven hours to catch a plane. As temperatures kept dropping and a snowstorm was fast approaching, I just jumped on a bus to go to Notre Dame in South Bend, Indiana. I plowed my way to the Morris Inn at 2:30 am, dragging luggage for three blocks through the snow with soaked, freezing feet. Then I sat down to write this review.  I have slept hardly at all. Felipe Fernández-Armesto is worth these troubles and more. I cherish our friendship and I admire his work that much.

I first came across Felipe many more years ago than I care to admit: I met his words first, before I met him. I was dazzled by Felipe’s Columbus: the flow, the style of his writing, the power of his argument. And then I came acrossMillennium. I had just finished graduate school and I was earning my bread and butter teaching large survey classes of Latin American History, and even larger ones of World History. I was to offer kids sweeping panoramas: from the age of the dinosaurs to current events, namely, the Cold War. Global history was yet to produce a multimillion dollar textbook industry. So Millennium came to me as a breadth of fresh air: irreverent, fast paced, learned, entertaining, full of strange and fascinating vignettes, from Ming China to Peronist Argentina. I was then writing my How to Write the History of the New World. I had a fellowship to the John Carter Brown Library.

One of the first things I learned at the JCB was that Felipe occupied the office right next to ours. We had 8 cubicles. His was for him, alone. He kept sherry in his office. His accent and demeanor made him seem unapproachable. I don’t remember the official title he was given, some kind of JCB lordship: The Lord of the Rings, I think. During the fellows’ luncheons he would tear into the other fellows’ arguments with probing, disarming questions, prefaced always by a learned and most insightful comment on any and every field of expertise. When asked about his own research, he would reply “civilizations.” It turns out, that year, he was writing that book. The whole thing was frightening to me at the time.

And then one day, I noticed Felipe spoke Spanish. I approached him for the first time in Spanish and a friendship emerged. He came for dinner and met my kids, Sebastian and Andrea, both then toddlers. Later Felipe would read my manuscript and help me improve it before it became a book; he wrote a blurb when it was published; promoted it in England and beyond; got it noticed in The Economist; passed judgment on my tenure; followed me around with letters of support in my peripatetic existence. Felipe and his awesome power changed my career and buoyed up my self-esteem. I owe him big. 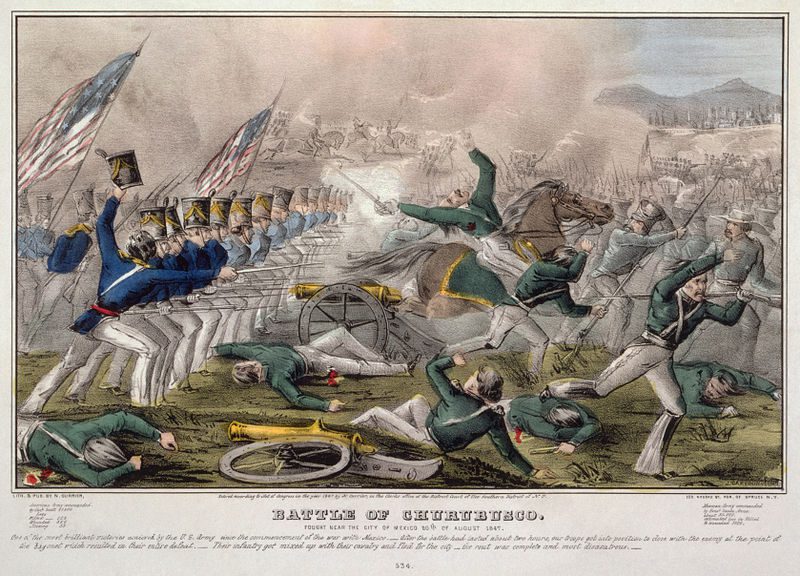 Felipe and I share something beyond friendship and a common language: our view of the past. The book before us, Our America, epitomizes that shared view. It is about turning perspectives upside down. It is about reading self-satisfying narratives of the past irreverently, mockingly, unsparingly. It is about elucidating the political work that History, with capital H, does. History creates myths that move and inspire, but it also creates myths that silence. Our America is a book about myths: the fountain of youth, the cities of Cibola, the pursuit of King Arthur, the realm of Queen Calafia, the curse of Zorro, the revenge of Moroni, the republic of Hesperus. Our America narrates the history of the United States from a perspective I have often tried to use myself: from the South, rather than the East.

The book is divided into three periods: 1) when Hispanics loomed large over the colonial territories that are now the United States; 2) when Hispanics lost power in the 19th century as the Anglo imperial frontier expanded into the West, Mexico, the Caribbean, Central America, and the Pacific, and when Hispanics came to be seen as racially inferior, misbehaving children to spank and educate; and 3) when Hispanics in the 20th century slowly crawled their way back from marginalization to claim forcefully a central role in the polity, demographically, politically, and culturally.

The first period uses the myths of the fountain of youth, the cities of Cibola, the knights of King Arthur, and the realm of queen Calafia to demonstrate how the Hispanic dimensions of US colonial history shaped its every detail, from Roanoke, to Jamestown, to Plymouth, to Massachusetts Bay, to Charleston, to the Ohio River Valley, to the siege of Yorktown. From the Puritan plantations to the American Revolution. Hispanics shaped every colonial event described in college textbooks. 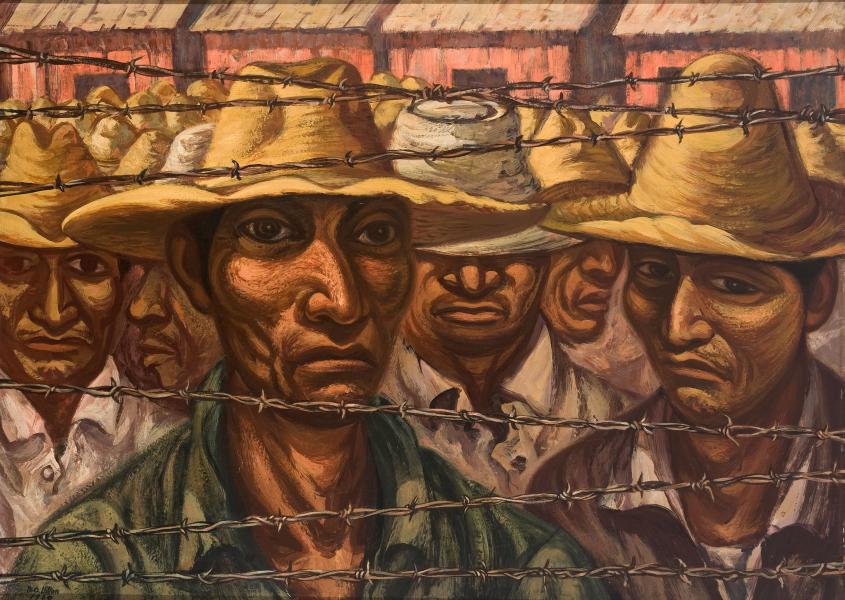 The second period makes for tearful, tragic reading:  losses, lynching, brutality, and racial slurs aimed at Hispanics, Indians, Blacks, all lumped together. Felipe follows El Zorro and the Mormon prophet Moroni to describe the losses of California, Texas, the Rockies, the Marianas, Guam, the Philippines, and Puerto Rico, where Hispanics, Blacks, Comanche, Sioux, Apache, and Pacific Islanders had created shared worlds together for generations. Those shared worlds were found in the prairies, on the Mississippi (from the Ohio all the way to Louisiana), and on the Pacific coast (from Monterrey and Baja to Manila). These worlds surrendered to industrialization, machine guns, railroads, steamboats, industrial tractors, and millions of land hungry illegal immigrants from England, Germany, Italy, Ireland, Norway, and Central Europe, who came to the land to act as, say, Texas Rangers and carry out genocide.

The third period is not less tragic; it narrates the age of braceros and forced deportation, from the Great Depression to the Great Recession. Felipe reminds us that liberal Obama, who won his first and second presidency on the back of the Hispanic vote, has deported 1.4 million undocumented immigrants, four times as many as George W Bush, who only managed to deport 400,000. But this age of violence and racism, and merciless labor exploitation, has also experienced the Return of Aztlan: a huge demographic explosion, the Chicano movement, Cesar Chavez, and Civil Rights. And it also seems to be on its way to turning the Anglo republic into a republic of Hesperus, the king of the Hesperides, whose islands the chronicler Fernandez Oviedo claimed where in fact Hispanic colonies. 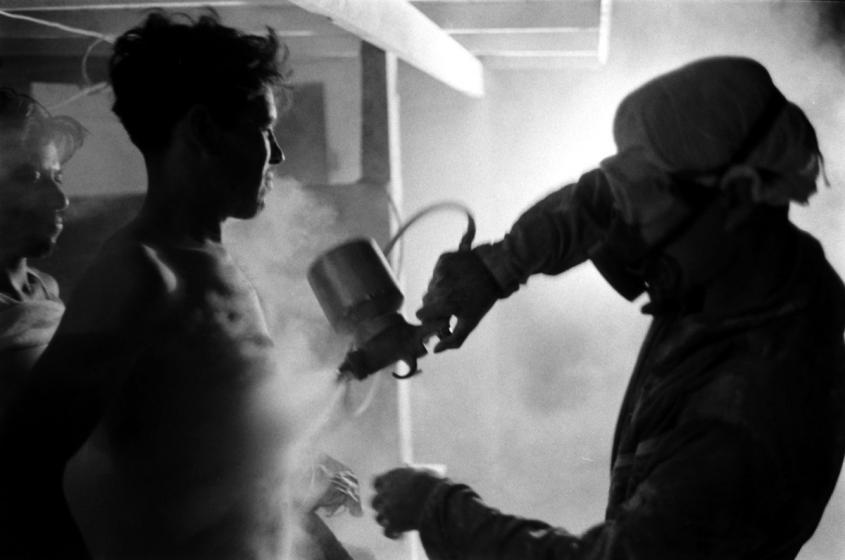 There is little with which to take issue in this book. I share Felipe’s perspective and passion. I wish I could claim I also share his panache, wit, and style. The book is filled with insight, one-liners, and striking reversals of traditional narratives. Let me share with you a few:

I could multiply the examples, but you get the point.

I would not do my job if I were not to deliver some critical comments on Felipe’s book. So to conclude, let me offer a few.

I enjoyed the first section more than I did the second, and the second more than I did the third. The third section on the revitalization of Aztlan and the return of Hispanics into the mainstream of America follow the Chicano narrative too closely to offer fresh insights. How to present Hispanics as something more than undocumented or exploited laborers? How to populate the more recent history of the Hispanic diaspora with Nobel Prize winners, scientists, philosophers, economists, opera singers, and captains of industry to offset the dominant image of popular culture, one of curvaceous Shakira and awesome yet corrupt baseball players? And there is the history of the reverse: the “USification” of Latin America, namely, the transformation of a region by capital, values, and returnees from the United States. In the South there lies the Anglo just as deeply within as lies the Hispanic within the North. We can no longer sever the Hispanic from the Anglo, neither here nor there. 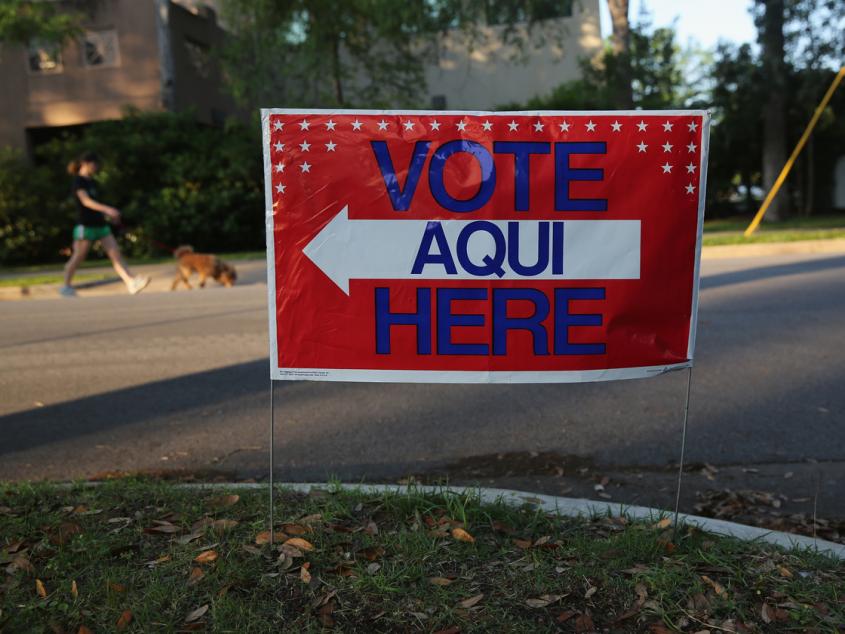 The second section on tragic outcomes, therefore, could have been balanced by a more continental approach of mutual influences, cutting both ways. It could have yielded a narrative of Hispanic influence and continental creativity beyond the bandit and the pistolero. I have in mind the printing presses of Philadelphia that in the first half of the nineteenth century became an endless source of books and ideas, shaping Latin America’s public sphere, just as much as did the books printed in London or in Paris in Spanish in the nineteenth century. There is also the case of the origins of American international law and the law of nations that Greg Grandin has so insightfully described in a recent article in the American Historical Review. Grandin shows that jurisprudence and identities, both in the North and South, were the product of codependences and mutual influences. In short, the Hispanic 19th century in the US is much more than dispossession and violence (for other examples of what is possible, see also Gregory Downs’ provocative essay on the Mexicanization of 19th- century American Politics).

The first section is for me the most satisfying and the one about which I know most. It manages to do what was a call to arms for me in 2006, namely, to Iberianize the early modern Atlantic. There are a few Puritan Conquistadors walking through Felipe’s pages. I therefore felt confirmed, justified, in short, delighted. But even here more could be done. I have encountered, for example, English Calvinist debates on colonization, in the 1610s in 1629 that were thoroughly shaped by Iberian categories of dominium and sovereignty. The odd figure of Roger Williams with his radical ideas about religion and state can better be interpreted if we put him in dialogue with Las Casas. Williams knew well the ideas about the radical separation of spiritual and temporal sovereignty so forcefully presented by Bartolomé de Las Casas and Francisco de Vitoria to undermine any Spanish claims of rightful possession of property and authority in the Americas. Williams got to his ideas about state and religion by first offering a critique of Calvinist and Stuart notions of dominium and sovereignty in America. This facet of Williams completely escaped Edmund Morgan’s pioneering study published 50 years ago. In 2012 it continues to escape John Barry, whose Roger Williams and the Creation of the American Soul remains as parochial as Morgan’s. Both Barry and Morgan should have known better had they not be so provincially Anglo: to study Williams is to study Las Casas and Vitoria. To paraphrase Berry and to capture Felipe’s spirit, to study the creation of the American soul is in fact to study the creation of the Hispano-American soul.

1847 lithograph depicting The Battle of Churubusco, a victory for US troops during the Mexican-American War (Image courtesy of Library of Congress)

A Mexican worker being sprayed with an unidentified chemical, 1959 (Image courtesy of TIME)