The Mexican Revolution knew no borders. Mexicans migrated north seeking refuge from its tumult, Tejanos, (Mexican-American Texans) assisted the fight by supplying weapons and incorporating these new immigrants into their communities. Other Tejanos and African Americans from Texas even joined the Mexican revolutionary forces. Texans were then, both directly and indirectly, by choice or by circumstance, part of this historic period.

Prior to the publishing of War Along the Border: The Mexican Revolution and the Tejano Communities, the lived experiences on the Texas side of the border had never been told in a transnational historical perspective. Raul Ramos sums up the importance of this approach in writing that “people, families, ideas, capital, goods, and violence crossed back and forth across the border to the point that self-contained national narratives lose their power to explain and make sense of the past.” 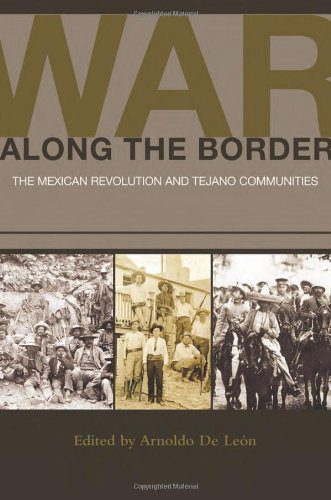 The porousness of the boundary between the United States and Mexico during the Mexican Revolution is eloquently captured in this edited volume. The histories told illuminate the lived realities of communities on both the Mexican and the U.S. side during this tumultuous period. One need not be an expert on the variety of revolutionary factions, alliances, and motivations. The opening essay by Paul Hart offers readers a concise historical background that contextualizes the larger ideals of the Mexican Revolution. From this point forward, the reader is guided through more intimate scenes of the period.

The emphasis on the lived experiences of Tejanos makes this a path-breaking endeavor. Rodolfo Treviño tells the intimate family history of his grandfather’s immigration. In sharing one family’s struggle to survive after migrating, Treviño elucidates the possible similarities between his family’s history and the history of many others, who like his grandfather, emigrated from Mexico into Texas during this period. As a cotton picker, Geronimo Treviño – and other Mexican immigrants both male and female—helped propel the agricultural industry in Texas. As Treviño explains, these are the forgotten histories of  “ordinary people doing extraordinary things in American history.” The exceptional story of Felix Tijerina, proclaimed to have been the first Mexican-American millionaire in Houston, also serves as an example of an overlooked history of a remarkable American. The chapter details Thomas Kreneck’s quest for unearthing the truthful birthplace of Tijerina, a self-proclaimed American citizen. Kreneck’s pursuit takes him across the border, where he discovers the small villa where Tijerina so adamantly denied having been born. American citizenship during a period filled with racism and opposition to the influx of immigrants from Mexico, explains Kreneck, helps to contextualize Tijerina’s obstinate desire to be recognized as an American at all costs. In fact, Kreneck discovered Tijerina’s birthplace only after Tijerina’s death. Felix Tijerina died as a proud American. 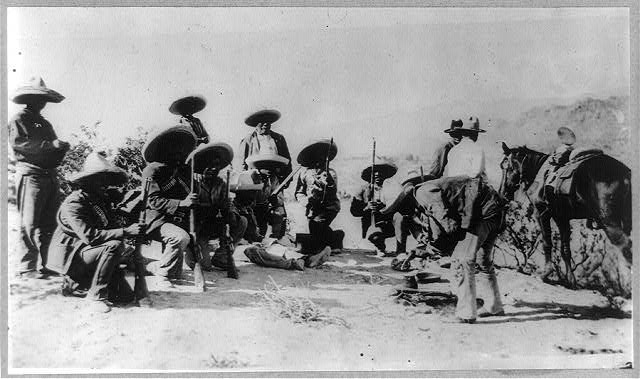 Not all stories left untold revolve around successful rags-to-riches sagas. Violence, racism and death were also consequences of the Revolution on the American side of the border. Two chapters describe in detail the triangle of violence that resulted from the Plan de San Diego, the Revolución de Texas, and the Texas Rangers. Richard Ribb outlines the violent repercussions lived by Tejanos and Mexicans, after discovering that social revolutionaries called for the Mexican and Mexican-American community to join forces in an armed uprising against the United States, scheduled for February 20, 1915, that would seek to kill all Anglo Americans. The discovery of this plot initiated a period of Anglo violence toward the Mexican-American population regardless of their involvement or support of the plan. La Revolución de Texas as Trinidad Gonzales details, was different than the Plan de San Diego in ideology; however, the lived experiences of Tejanos at the wrath of the Texas Rangers and Anglo vigilantes, was the same. Supporters of La Revolución de Texas, clearly outlined their motives for their uprising as a response to the continual racism experienced in Texas. Ironically, this forthright challenge to prejudice served as a catalyst to massacre hundreds of Tejanos and Mexicanos. A year later, in 1916, El Paso experienced its own form of Revolutionary violence. Miguel Levario evaluates the influence of the El Paso Race Riot fueled by the slaughter of American engineers at Santa Ysabel, Chihuahua, in categorizing Tejanos as “un-American.” The race war and race-related violence in Texas during the period of the Mexican Revolution claimed the lives of Anglo Americans, Tejanos, and Mexicans.

The violence and death experienced on both the Mexican and the American sides of the U.S.-Mexico border also ironically created niches of opportunities for some women. The essays by Juanita Luna Lawhn and Sonia Hernández convey the ways in which women sought safe-haven in the United States from this revolutionary violence. Lawhn unearths the experiences of elite women in exile. She utilizes newspaper records to trace the lives of the wives of famous revolutionaries with surnames like Madero, Villa, and Carranza. Hernández on the other hand, relies on bi-national archival research to excavate the experiences of women in the labor industry, as well as their social and political activism during the revolutionary period. 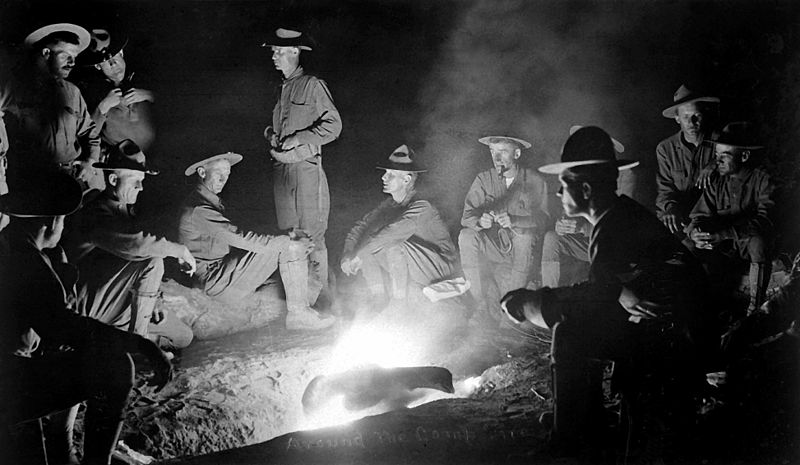 The contributors to War Along the Border entangle the Mexican Revolution with transnational history and American history. By focusing on the experiences of Tejanos, by disregarding the political boundaries of the international border in their research, and by choosing to present this period as one of multinational influences, these scholars sketch a rich historical account of the Mexican Revolution as it affected Americans. War Along the Border is an invaluable contribution to the histories of Texas, the Mexican Revolution, Tejanos, Mexican-Americans, Mexicans, and the history of the United States in the early twentieth century.