History is a contested area of politics in any country. Particularly so in China, where the Chinese Communist Party defines the national history. In the 1980s, in a period of reform, China started to open up its archives and archivists generously helped researchers find documents they needed. The Chinese Foreign Ministry Archive used to be a mecca for historians of Chinese foreign policy. Then in the early 2010s the new Chinese leader, Xi Jinping, abruptly introduced much tighter restrictions, presumably because of the international dispute over the territoriality of the Senkaku/Diaoyu Islands. Now, the Foreign Ministry Archive is virtually closed, and historians have turned to provincial and municipal archives scattered throughout China. Between the fall of 2015 and the summer of 2016, I visited seven Chinese archives as part of my dissertation research on Sino-American bilateral exchange in the 1970s and witnessed the Chinese politics of history in motion. 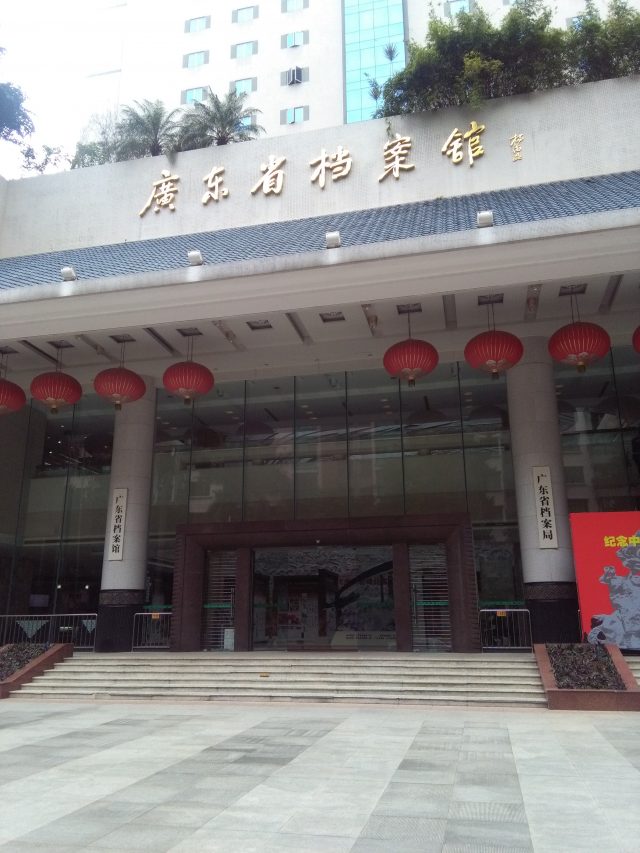 Each Chinese archive has its own rules and regulations. The Shanghai Municipal Archive, for instance, has relatively liberal policy and scholars can read and transcribe anything they can find in the on-site computer database. They even allow visitors to photocopy documents—but not any document. In my case, the Shanghai Archive usually denied photocopying of foreign policy related materials, including reports of American visitors after Richard Nixon’s February 1972 trip to China. Chinese researchers told me that the archival staff would not give us any physical document on a potentially sensitive topic with their official stamp on it. The Guangdong Provincial Archive, once a must-go place for historians, now has a much more restrictive policy and researchers cannot even look at most documents produced in the 1970s. Documents on seemingly harmless issues, including the American track and field delegation in 1975, are no exception. Considering Guangzhou’s proximity to Hong Kong, China’s gateway to the Western world, the Guangdong Archive’s stringent policy detracts much from the scholarship on history of Chinese foreign relations.

Although foreign scholars usually travel to large coastal cities like Shanghai and Guangzhou, Chinese archives in the remote hinterland sometimes possess surprisingly richer collections. Such was the case with the Shaanxi Provincial Archive in the ancient city of Xi’an. Unlike other archives, the Shaanxi Archive has made available most documents of the Office of Foreign Affairs, which administered hundreds of American visitors in the 1970s. Whenever Americans traveled to Xi’an, the Chinese hosts meticulously planned their itinerary and activities for propaganda purposes. They took American visitors to communes, factories, and schools to show off their socialist achievements, which did impress many Americans who were fed up with social ills back home, including racism, sexism, poverty, inflation, unemployment, and juvenile delinquency. 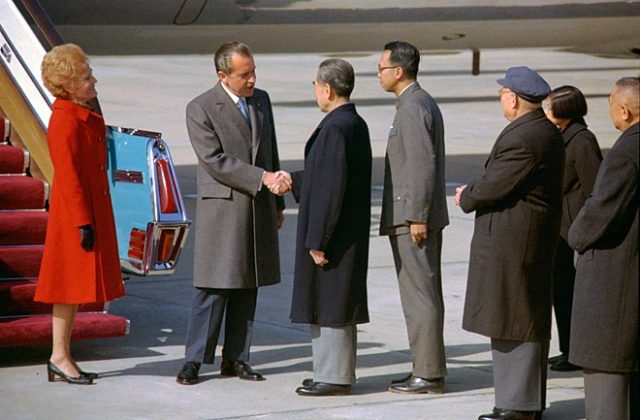 Richard Nixon shakes hands with Chinese Premier Zhou Enlai while on a visit to China in 1972 (via Wikimedia Commons).

Among various targets of archival restrictions in China, the history of culture illuminates the sensitive politics of the past. All the archives I visited had tight restrictions on documents of the Office of Cultural Affairs in the 1970s. One archival assistant explained to me that this was because “the old policy was different from the current policy.” During the Cultural Revolution, the notorious Gang of Four, who pursued leftist radicalization of Chinese foreign and domestic policies, controlled a large part of cultural life in China. For instance, Jiang Qing, Chairman Mao Zedong’s wife and the leader of the Gang of Four, used famous revolutionary ballets “The White Haired Girl” and “Red Detachment of Women” to drum up support for her radical agendas. The politicization of Chinese culture, therefore, makes it difficult for us to dig up documents on China’s cultural exchange with foreign countries in the 1970s.

The Red Detachment of Women ballet premiered in 1964 (via Wikimedia Commons).

All restrictions notwithstanding, Chinese archives still hold numerous sources that reveal how the Chinese masses saw the United States, their deadliest Cold War enemy, in the 1970s. In the wake of the Nixon trip, communes, factories, and schools throughout China held study meetings, where government officials justified the sudden turn in Chinese foreign policy as a tactical move to defeat the United States in the future. Chinese people, however, remained unconvinced of the virtue of making friends with “the U.S. imperialists” that they had fought in Korea and Vietnam. In the late 1970s, when China embarked on the so-called four modernizations in agriculture, industry, national defense, and science and technology, Chinese people—scientists at universities or peasants in the countryside—enthusiastically embraced the assistance of the United States. Nevertheless, they never completely shook off the long-held suspicion of the United States, as seen in another round of study meetings after the normalization of bilateral relations in January 1979.

Today, there is no sign of an immediate relaxation of Chinese archival policy. It will be years, if not decades, before we gain even partial access to the Foreign Ministry Archive, let alone the Central Archive of the Chinese Communist Party. Chinese provincial and municipal archives, however, still offer valuable materials that help us understand Sino-American contacts on the eve of the reform era.

Read more by Kazushi Minami on Not Even Past:
Cold War Crucible: The Korean Conflict and the Postwar World, by Hajimu Masuda (2015)
Past and Present in Modern China: Two Works on Historical Memory in China
Historical Perspectives on Hayao Miyazaki’s The Wind Rises (2013)