Krishna Kumar’s study of school textbooks in Pakistan and India shows that the discipline of history in South Asia has “come under the strain of nation-building rather more than other subjects.” 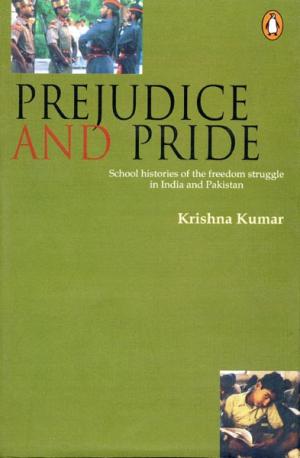 History teaching in these textbooks seeks to settle political and ideological points and guide children’s responses to present day situations.

The two states that were formed in 1947, India and Pakistan, share a history that national textbooks try to claim exclusively for each individual state.  The freedom movement remains a controversial and tricky subject, a mere 60 years after independence. As a result of this nationalized education, informed knowledge of the other, neighboring nation, is rare in both places; powerful stereotypes have tended to stifle academic curiosity and serious enquiry. A particularly alarming discovery of Kumar’s study is the extent to which Indian and Pakistani school textbooks teach history by reading back outcomes onto causes.  This tactic obscures any complexity in history, hiding the places where ideology and action fail to align, or where leaders changed their minds, altered their tactics, or went back on their word.  It precludes any appreciation of the motivation of the historical actors at the time. This is history in reverse.

In both countries, textbooks deploy the freedom movement as a story about national values. The Pakistani narrative is dominated by a triumphal sense of self-protection and escape determined to serve as a unifying national ethos by emphasizing issues of the contemporary significance in the history of state-building. In India, by contrast, this narrative emphasizes the tolerance of different groups for one another in the course of an idealized and varied history.  Great personalities of the freedom movement and of earlier periods are treated, not as complex and flawed historical figures, but as vessels for ideals for young readers to follow.

Kumar’s study, pensive and often self-reflective, reveals the importance of history as a practical discipline in schools.  He laments the condition of education in both countries, and uses the freedom movement to investigate the political stifling of intellectual curiosity.  In neither place is history considered a valuable subject for inquiry, or for students to acquire more practical skills. On the contrary, government and nationalist historians use the school textbook to train patriotic citizens willing and able to perpetuate the prejudices that led to the separation of the two states in the first place.

As textbook revision debates continue here in Texas with politically-motivated concerns about the teaching of Islam and other subjects, it is worth remembering that history is not a neutral field, rather it is often an ideological battle ground for conflicting narratives.