The 1792 poem “Verses to Abigail Smith,” was preserved by Abigail’s brother, Elihu Hubbard Smith, who transcribed the poem into his diary and chronicled the strong friendship that existed between Sarah Pierce, the author and future founder of the Litchfield Female Academy, and his sisters Abigail and Mary. 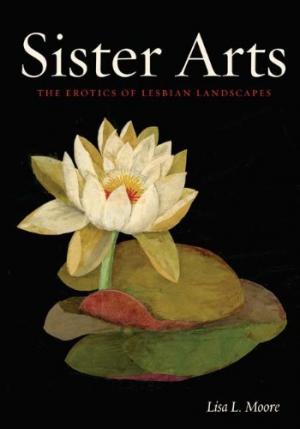 Like Smith, Lisa Moore is interested in recording and preserving the rich world of female friendship and same sex desire that she has discovered in a variety of creative media in the late eighteenth century.  While diverse in form, these “sister arts,” including garden design, paper collage, collecting, and poetry, were united by the ways that their practitioners all used the landscape and the natural world both literally and metaphorically to create artworks that forged and memorialized the bonds among women.

In this lavishly illustrated book, Moore analyzes the lives and works of eighteenth-century women who practiced the sister arts:  the artist Mary Delaney, the natural philosopher and collector Margaret Bentinck, the Duchess of Portland, poet Anna Seward, and the aforementioned Sarah Pierce.  Moore is a skilled and vivid storyteller and her compelling prose enables the reader to inhabit the affective and intellectual landscapes these women traversed.    For instance, the Duchess of Portland emerges as an insatiable collector and connoisseur of both female friendships and objects of natural history. In fact, Moore argues, the two practices—the forging of deep and sustained female friendships and the collecting of natural history specimens—were inextricably intertwined for the Duchess, who served as key link among a network of female friends who shared her passion for the natural world. For the Duchess, as for the other women Moore studies, flowers, shells, and other aspects of the natural world become a kind of language through which women can express their love and desire for one another.

Sister Arts: The Erotics of Lesbian Landscapes is simultaneously concise and evocative.  Moore’s analysis not only suggests fresh, new ways of thinking about the history of sexuality and the history of material culture but also suggests ways in which these two, typically separate, fields might overlap.  Moore’s stated goal is not to recuperate a straightforward lesbian identity for her subjects, but to establish the ways in which their creative practices can be read as lesbian, “because of their resonance with central features of lesbian history and culture that are still meaningful.” 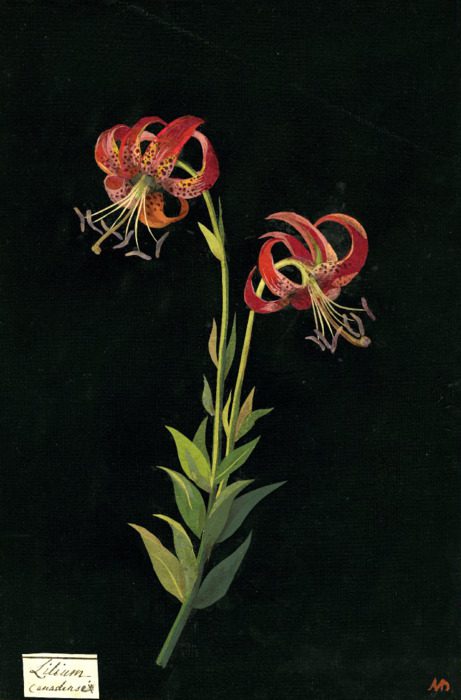 Mary Delaney‘s botanical illustrations of flowers were considered to be “libertine” by some eighteenth-century critics.

In so doing, she demonstrates how we might map a history of sexuality onto the history of material culture—that is, she shows us how we might begin to read objects, rather than people, as lesbian or queer. For instance, Moore reads the shell grotto created by Mary Delaney and The Duchess of Portland as an important contribution to the lesbian sister arts tradition. Accordingly, Moore emphasizes the aspects of the grotto that accord with this tradition; she excavates the associations between the shells and female sexuality and she explains the way in which the creation of the grotto would have contributed to the two friends’ intimacy.  Ultimately, Moore contends that the grotto serves as a monument to the two women’s passionate friendship.  While we will never know the exact nature of that friendship, Moore demonstrates that inscribing its tangible manifestation—the shell grotto—into the lesbian sister arts tradition allows us to see the ways in which sexuality and intimacy were embedded both within the grotto and the women’s enduring relationship in ways that can be classified as lesbian or queer. Overall, Sister Arts: The Erotics of Lesbian Landscapes is a deeply rewarding book for it both complicates and enriches our view of these women (some of whom have been vastly understudied) and their creative legacies.

The book’s official page at the University of Minnesota Press.