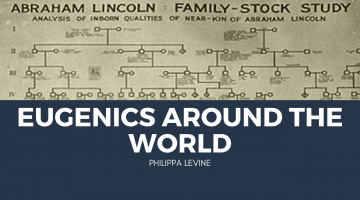 Early in the twentieth century governments all over the world thought they had found a rational, efficient, and scientific solution to the related problems of poverty, crime, and hereditary illness. Scientists hoped they might be able to help societies control the social problems that arose from these phenomena. From Mexico to Maine, from Switzerland and Scandinavia to South Carolina, from India to Indiana, the science-turned-social-policy known as eugenics became a base-line around which social services and welfare legislation were organized.