Early in the twentieth century governments all over the world thought they had found a rational, efficient, and scientific solution to the related problems of poverty, crime, and hereditary illness.  Scientists hoped they might be able to help societies control the social problems that arose from these phenomena.  From Mexico to Maine, from Switzerland and Scandinavia to South Carolina, from India to Indiana, the science-turned-social-policy known as eugenics became a base-line around which social services and welfare legislation were organized. In laboratories and college classrooms eugenic research and teachings were advanced and enthusiastically funded by institutions such as the Rockefeller Foundation.  In many countries – Germany, the Soviet Union, Denmark, Belgium, and Britain, among others – scientific institutes devoted to eugenic research emerged. 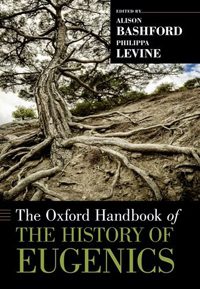 Eugenics, in its intellectual as well as political forms, was founded on an optimistic belief that controlling heredity would improve society by eliminating diseases, anti-social tendencies, mental illness, and crippling afflictions.

The term eugenics had been coined in 1883 by Francis Galton, a British writer who, like many of his generation, was fascinated by the promise of the new developments in science.  Interested in statistical probability and heredity, he published in 1869 a book entitled Hereditary Genius.  Here he set out to demonstrate that genius was hereditary by showing that certain families produced more eminent men than would be found in the general population.  In the lab, he transfused blood between different breeds of rabbits looking for evidence that characteristics could be passed through blood.  But where Galton’s experimental work on humans was limited to observation, in the next generation eugenics sometimes became more invasive.

As this new science was picked up both in the lab and in the corridors of politics, a whole slew of social policies emerged based on assumptions about hereditary traits. In Indiana, for example, in 1907, a new law provided for the involuntary sterilization of “confirmed criminals, idiots, imbeciles and rapists.” This was the beginning of a globally widespread sterilization program, which has become the most notorious and well known of the many eugenic practices that took off in the early twentieth century.  But sterilization was by no means the only influence eugenics had on societies around the world. The teaching of good parenting, the promotion of family planning, and the organizing of prenatal care were eugenic ideas that many believed would mold better, healthier citizens in the next generation.  In the United States, fitter family competitions promoted eugenic motherhood while in the Soviet Union women who had large families were awarded motherhood medals at special ceremonies honoring their loyalty to the nation.  In one way or another, the family was almost always central to eugenic thinking.

The problem with much of this was that someone had to decide what constituted fitness, mental capacity, and the like.  And here was where things frequently went awry.  Nazi Germany is routinely regarded as the place where eugenics got completely out of hand.  Hitler introduced a widespread sterilization program almost immediately he came to power, and in the concentration camps doctors and scientific researchers made cruel use of helpless prisoners upon whom they experimented without regard for pain and suffering.  Yet it is worth remembering that many of the practices that Germany took up so enthusiastically between the two world wars were not only consistent with research that had been going on there earlier in the century, but were widespread in many parts of the world.  We tend to focus on Germany in part because of the enormity of the Nazi war crimes, and because the Nuremberg trials immediately after the war brought to light many of the atrocities committed in the name both of science and of racial purity.  But each of the four countries who prosecuted the Germans at the Nuremberg trials — Britain, France, the Soviet Union, and the United States — had adopted eugenic practices of one kind or another. In the United States, most states required blood tests before marriage to check for hereditary and sexually transmitted diseases, and involuntary sterilization was legal in twenty-seven states by the early 1930s.  In 1911 Winston Churchill called for compulsory labor camps to house “mental defectives.” Those same people could, under Britain’s 1913 Mental Deficiency Act, be compulsorily institutionalized. In France, a National Office of Social Hygiene promoted healthy and more babies.  And though the Central Committee of the Communist Party outlawed work on eugenics in the USSR in 1930, under Lenin a Bureau of Eugenics had flourished with state funding, and as in France the care of new-borns was of major importance.  Soviet law prohibited marriages between mentally ill people as a way of preventing the inheritance of undesirable traits.

In all these cases, just as in Hitler’s Germany, definitions of mental incapacity, of inferiority, and of difference from the norm could have massive, sometimes fatal, and often lifelong consequences for those caught in the system.  It was not just a family history of hereditary disease such as Huntington’s or cystic fibrosis that triggered the state’s interest in a family but just as often a history of criminal offenses, prostitution, drunkenness, deafness, and much more.  Indeed the landmark Supreme Court case of 1927, which definitively legalized compulsory sterilization in the US – Buck v. Bell– hinged on three generations of white working-class women who were regarded as both mentally and morally inadequate. Emma Buck was suspected of working as a prostitute while her daughter Carrie gave birth to a daughter out of wedlock.  Vivian, conceived as a result of rape, died too young to be branded immoral, but a nurse who knew her as a newborn had found her “peculiar.” Her school reports suggest nothing of the sort, revealing an average child with no outstanding problems. Still, the famed jurist, Oliver Wendell Holmes, spoke for the court when he declared in the now famous decision: “Three generations of imbeciles are enough.”

Everywhere it was people from the wrong side of the tracks who were most likely to capture the attention of eugenic reformers.  In the Scandinavian nations where sterilization was voluntary, the poor were often pressured and those in mental institutions frequently found that sterilization was a precondition for release.  Under Nazism, many were vulnerable: Jews, people of mixed-race heritage, gays, Roma, and many more. Propaganda excoriated “useless eaters” for wasting precious German resources.  The message was loud and clear: those who were a burden on the state would be better off dead. But while it’s easy to point to the extremes of Nazi Germany as somehow exceptional, consider the tactics of Harry Haiselden, Chief Surgeon and President of Chicago’s German-American Hospital. In 1915 Haiselden, who was a committed eugenicist, publicized his practice of denying treatment to impaired newborn babies. Haiselden was investigated three times and always acquitted of wrongdoing.  In one case the state, in the other a prominent physician – both authority figures – made decisions that had a critical impact on the lives of others.  Germany looks a lot less exceptional when we consider the history of eugenics around the world.

Eugenics is important not only because the topic is itself a fascinating window into the relationship between science and society and into a broad variety of complex welfare and social issues, but because it is so central to major ethical decisions.  It is literally about life and death, and the power over life and death.  It doesn’t get more important than that.

The Oxford Handbook of the History of Eugenics

You might also enjoy (here on Not Even Past):
Philippa Levine, “Bad Blood: Newly Discovered Documents on Syphilis Experiments”

The Oxford Handbook of the History of Eugenics, edited by Alison Bashford and Philippa Levine