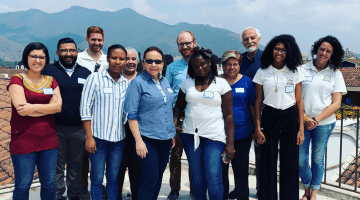 By Edward Shore Carlitos da Silva was an activist and community leader from São Pedro, one of 88 settlements founded by descendants of escaped slaves known in Portuguese as quilombos, located in the Atlantic Forest of Brazil’s Ribeira Valley. During the early 1980s, amid an onslaught of government projects to develop the Ribeira Valley through […]