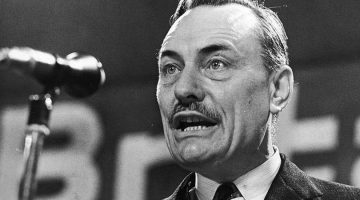 Embed from Getty Images by Edward Watson Fewer British politicians in the 20th century have been as inflammatory as Enoch Powell. On April 20, 1968, the Conservative MP and Shadow Defence Secretary criticized mass immigration from the Commonwealth into the UK during an address to the Conservative Political Centre in Birmingham. Dubbed the “Rivers […]