In 2009, I spent five months living at the Aligarh Muslim University in the town of Aligarh, Uttar Pradesh, India.I was there to research the role and experience of Aligarh students in the movement for Pakistan during the 1940s.  As part of this research, I actively sought out university employees and former students of the university from that period. I was referred to S.M. Mehdi through a chance encounter with a university official and arrived at his home without an appointment. Though he was never an Aligarh student — in fact, said he had an “allergy” to Aligarh as a young man — he moved to the town after his daughter completed her medical degree and settled there.  S.M. Mehdi was surprised to see me, but agreed to answer my questions, though he cautioned that he could not be considered an expert on Aligarh. After finishing high school in Bhopal, Mehdi went on to Kanpur for his B.A. and then to Lucknow for his M.A. Degree. During his time living in both places, he was involved with the Students’ Union and began to turn towards Socialism, under the influence of his teacher Christopher Ackroyd, and then to Communism. During 1946 and 1947, he was in Bombay putting out an Urdu paper for the Communist party — a post to which he had been recruited by Sajjad Zaheer. He worked for thirty years in the Soviet Embassy in New Delhi and has been a Communist ever since. 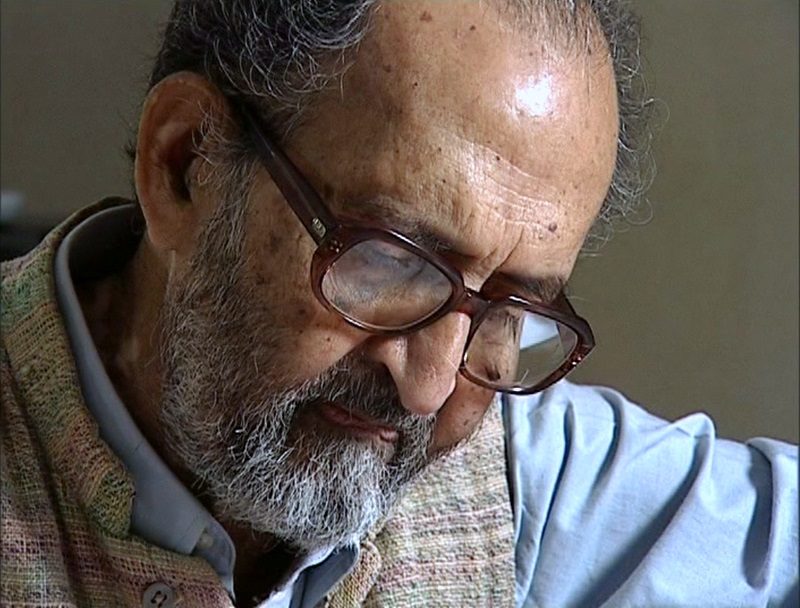 During the early years after partition, Mehdi was living in Bombay, where he made friends with many well-known Leftists and writers, including Sardar Jafri — an Aligarian — who he mentions here. Throughout 1947 and 1948 these young activists and thinkers printed and distributed the Communist Urdu paper especially in the Muslim areas.  Mehdi tells me that Bombay was not affected by partition’s violence in the same way as places in Punjab; violence was sporadic and casualties were few. He himself felt little fear, but had a friend who was so terrified that he could hardly travel safely in the city without “betraying” that they were Muslims.

He tells a long story about his experiences on the day Gandhi was killed. He is one of the few people whom I interviewed who does not suggest that he or she heard “immediately” that the assassin had been a Hindu rather than a Muslim.  He describes the anxiety that dogged his colleagues and him all day as they wondered whether the assassin was a Muslim, and recalls how he felt fear, to which he had previously believed himself to be immune.  His story is both terrifying and funny, and thoroughly dramatic. The disjunctures that that day created are still fresh in his mind — the stillness of life outside the Victoria Terminus station, the silence on the roads.  “There was no person!” he exclaims.  That is, until a car pulled up besides his Hindu companion, Munish, and him. The driver of the vehicle was a Sikh off to “Pakistan,” the colloquial name for Muslim areas that, despite partition’s migrations, is still used in Indian cities today. The Sikh jovially invites these two young men along “to kill.” Betraying that Mehdi could become his first victim. 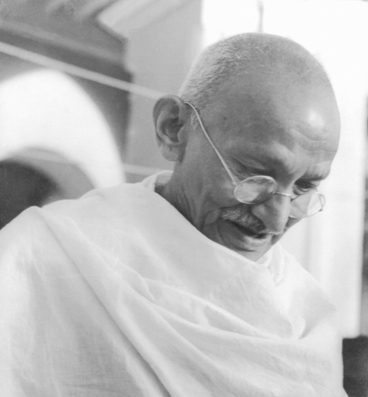 The young men free themselves from their “generous” driver and head back to the home of newlywed Sardar Jafri, who didn’t know a thing about the day’s events. Not until Mehdi hears the 9 o’clock new bulletin can he finally breathe easily that the assassin was not a Muslim, and therefore, there would be no violence, only mourning. Though he was sympathetic to Gandhi, and describes his own opposition to “communal” thinking, Mehdi depicts how the events of that day temporarily changed his outlook.  He was “relieved” to learn that the assassin was not a Muslim, relieved that he belonged to a different community, he, who did not believe in that “nonsense.” The uncertainty and fear that followed him all day completely subsumed his ability to grieve for the fallen leader. Because of the tensions that the assassination threatened to unleash, almost none of the Muslims I spoke to described an immediate sense of grief at the loss. Though they realized the significance of his absence, and even now credit him with bringing peace to the subcontinent after the violent upheavals of partition, on January 30, 1948, all were too concerned for their own safety to indulge in mourning.

“Mammojan Ki Diary,” a series that chronicles S.M. Mehdi’s life and experience with many famous Indian Progressive Writers of the 1950s and 1960s.

Sundar Vadlamudi’s review of Great Soul: Mahatma Gandhi and his Struggle with India

Amber Abbas will be presenting at the Institute for Historical Studies on Monday, November 28, at 12:00 PM in Garrison 4.100. To attend and receive a copy of her pre-circulated paper, email Courtney Meador at cmeador@austin.utexas.edu. Click here for more information about the event.