On September 28, 1967, a special report was sent to the U.S. Director of Central Intelligence, Richard Helms, that detailed ongoing attempts in Poland to have Defense Minister Marian Spychalski removed from his post. The efforts to oust Spychalski came from within the Polish Armed Forces and were largely orchestrated by chief political officer General Józef Urbanowicz. According to the special report, Spychalski’s expulsion was part of a greater effort to purge Jews from high-ranking military and government positions. Most importantly, Jews would be purged from the Central Committee of the Polish Communist Party (PZPR). Władysław Gomułka’s government launched a full-on anti-Semitic campaign in 1968. This campaign was spurred by the Six-Day War in June 1967, during which Israel invaded neighboring Arab territories that were backed by the Eastern Bloc. Following the Israeli offensive, both Poland and the Soviet Union severed their diplomatic ties with Israel.

Before the Second World War, over 3 million Jews lived in Poland. An estimated 90% lost their lives in the Holocaust. In 1948, an estimated 88,000 Jews remained, after Jews who fled to the Soviet Union during the war were repatriated, and after many left as a result of pogroms. By 1967, after years of sustained emigration, this number was further reduced to 25,000-30,000 (the total Polish population in 1967 was 32 million). 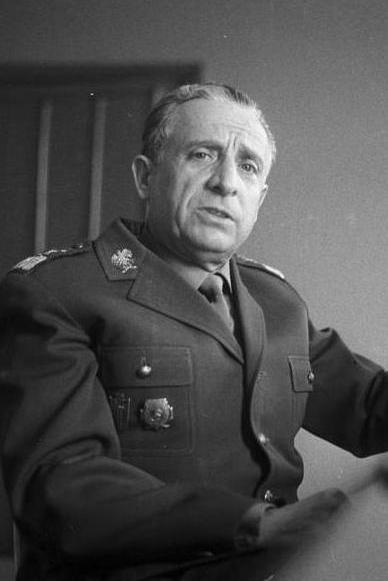 The wave of anti-Semitism that gripped the entire country by 1969 initially began as an anti-Zionist campaign. It attempted to frame Jews as enemies of the state. There were concerted efforts to remove top-ranking Jewish and Stalinist-era officials from their key positions in the military and government, especially those who were believed to be sympathetic toward Israel or the Zionist cause. The Arab-Israeli crisis generated a pretext for the purging of Jewish officials, which then snowballed into a larger anti-Semitic campaign that continued until 1969. Not only were Jewish officials removed from their key positions and forced to resign from the PZPR, but discriminatory measures were enacted that removed Jews from important positions in all areas of Polish society. Jews were prevented from seeking any sort of gainful employment and were pressured to leave the country, resulting in an exodus of around 13,000 Jews from Poland by 1969.

Urbanowicz’s attempts to oust Spychalski from the Defense Ministry occurred before the Sixth Trade Union Congress on June 19, 1967. It was during this event that Władysław Gomułka, who was the First Secretary of the PZPR, labeled Polish Jews as a “fifth column.” He accused them of having ties with Israel that undermined the security of the Polish state. This included the supposed divulging of military secrets to the Israeli government. Before Gomułka’s speech, PZPR Politburo members gathered to decide whether or not Polish Jews should be branded as “traitors.” According to the special report, most Politburo members, with the exception of Ryszard Strzelecki and Edward Gierek, voted against Gomułka’s hard stance. Gierek later succeeded Gomułka as First Secretary of the PZPR in 1970. 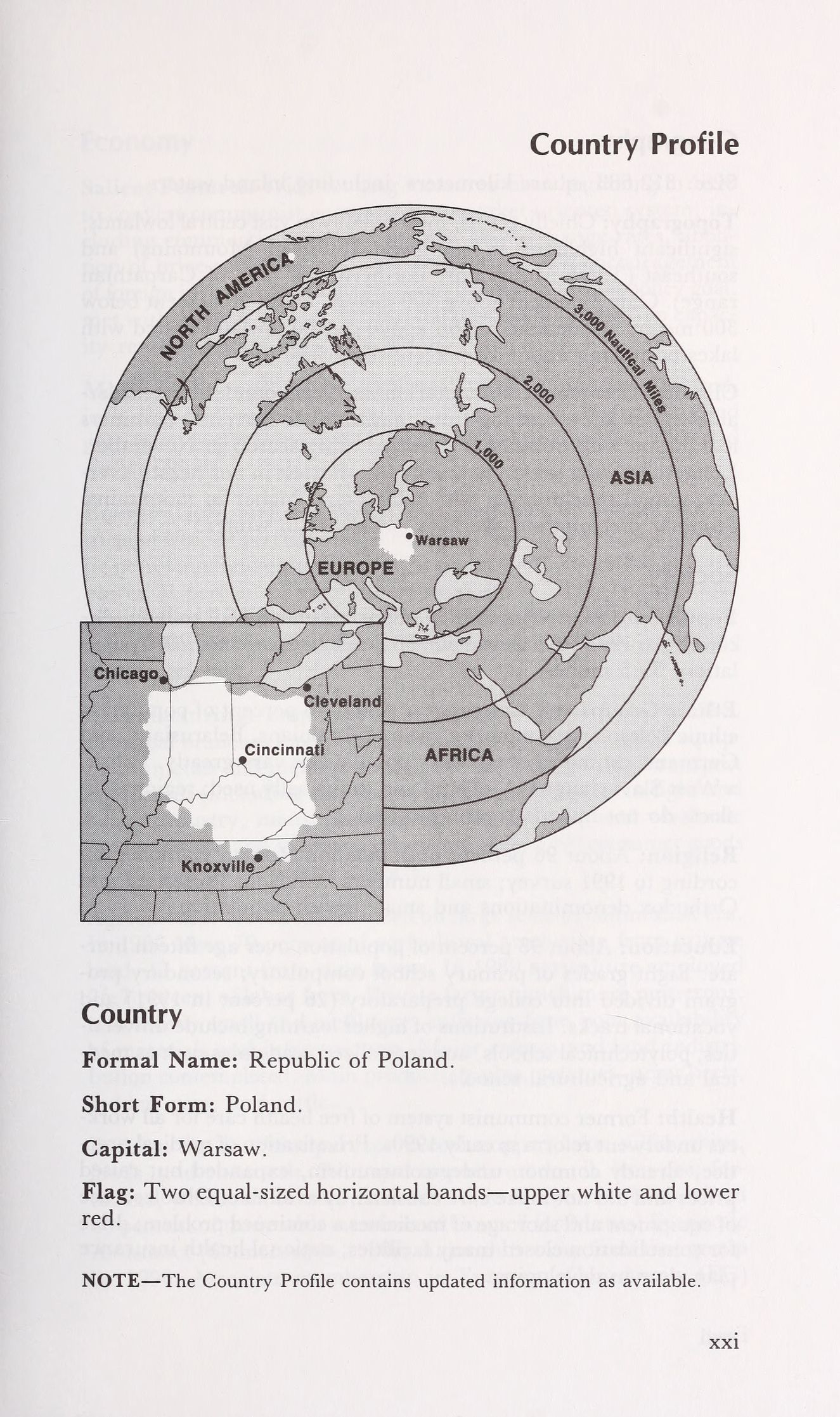 The special report claims that Spychalski’s wife was in Israel during the Arab-Israeli conflict. She was accused of having ties with both Israel and the West due to the amount of time that she and their daughter–who studied fashion design in Paris–spent abroad. The special report states that the Arab-Israeli conflict rekindled an “anti-Semitic wave” in which “some high-ranking military officials have been caught up in a purge.” This, combined with Spychalski’s supposed link to Israel via his wife, made him an easy target. Party meetings regarding Spychalski’s position resulted in a resolution stating that if in fact his wife had been in Israel, “then Spychalski is not to be trusted.” The actual motivations for ousting Spychalski from the Defense Ministry, though, might have simply been that the “conspiring officers” did not believe that he was a good Defense Minister. Apparently, neither did the Soviets.

The special report indicates that Interior Minister Mieczysław Moczar worked “behind the scenes” to promote Gomułka’s hard stance against Polish Jews, maneuvering to get the rest of the Politburo on board before the Trade Union Congress. Moczar was the leading Politburo member who was responsible for fomenting the anti-Semitic campaign within the party leadership. Edward Ochab, who was the Chairman of the Council of State and First Secretary of the PZPR before Gomułka, resigned from his government duties and retired from politics in protest of the party’s anti-Semitism.

Implicated within the special report are various high-ranking officials who were embroiled in the events surrounding Spychalski’s removal from the Defense Ministry. The report concludes by stating that by July 20, 1967, “at least 80 officers have been dismissed” from the Polish Armed Forces. At this point, Urbanowicz and Moczar’s anti-Zionist/anti-Semitic campaign had not yet trickled down into the rest of Polish society.

Beginning with Urbanowicz’s efforts to remove Spychalski from the Defense Ministry and continuing with Moczar’s anti-Semitic campaign that saw top-ranking Jewish officials purged from the PZPR along with other areas of Polish society, Gomułka’s government was responsible for a mass migration of Jews. What began as an anti-Zionist campaign within the Polish government resulted in a larger wave of anti-Semitism that forced a majority of remaining Jews to leave the country. 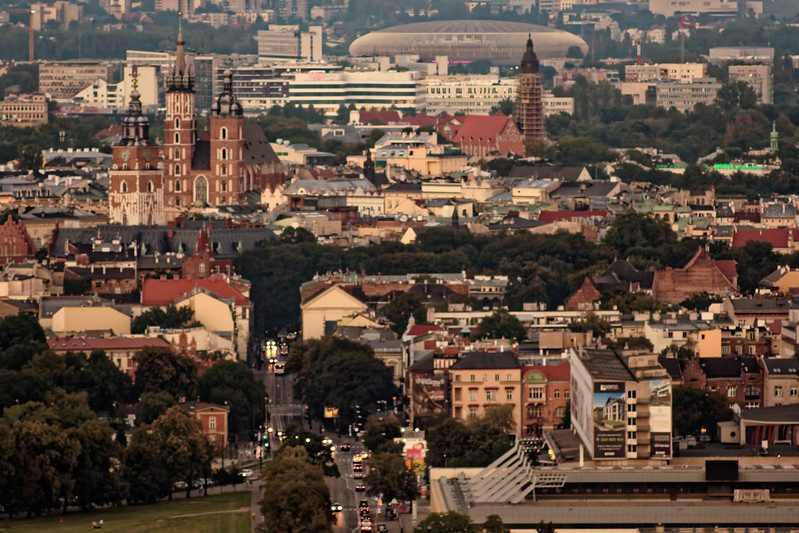 At the time, many historians believed that this anti-Semitic campaign and the resulting migration of Polish Jews was the final chapter for Jewish life in Poland. The estimated Jewish population in 1989 was 5,000-10,000. This latter figure is difficult to gauge due to the fact that many Jews who remained post-1968 choose to conceal their identity. But, after the fall of the communist system and Poland’s entry into the European Union in 2004, the Jewish community began experiencing a cultural resurgence. Festivals and educational initiatives reintroduced Jewish culture into the public sphere. The world’s largest Jewish culture festival was launched in Kraków in 1988. Polish Jews, as well as Israeli Jews of Polish heritage, are reengaging with the past and reinvesting in their former communities. The Jewish community in Poland is finding new ways to express its identity, and to resist the efforts of the twentieth century that attempted to destroy its life.

You might also like:
A Small Country Lost in the Files: Albania’s Absence in an American Archive
Ayka (Dir: Sergei Dvortsevoy, 2018)
On the “Polish Death Camps” Law