In July 1956, Gamel Nasser of Egypt (then the United Arab Republic), Jawaharlal Nehru of India, and Josip Broz Tito of Yugoslavia met in the Croatian coastal city of Pula to reaffirm the Bandung Principles, a platform for decolonization established the previous year in Indonesia. [1] In doing so, Tito formally threw in the lot of Yugoslavia with the Non-Aligned Movement made up of countries unaffiliated with either the United States or the Soviet Union.

Issues of Yugoslav Life, an English language magazine published in Belgrade, provide a glimpse into the Yugoslav perspective on the Non-Aligned Movement and everyday cooperation between Yugoslavia and the “third world” as an integral part of the Yugoslav project.  The publisher of Yugoslav Life was the official publisher of Yugoslavia, Tanjug (Telegrafska agencija nove Jugoslavije, or the Telegraphic Agency of the New Yugoslavia). Tanjug would go on to be the leading news agency of the Non-Aligned Movement, leading the Non-Aligned News Agencies Pool (NANAP) and providing training for journalists in Africa and Asia. As such, Yugoslav Life presents a sunny depiction of Yugoslavia and its particular “Third Way” — workers’ self-management of the socialist economy, new advances in industrial efficiency and social equity, and a commitment to not engaging in the binary opposition of the Americans and the Soviets. 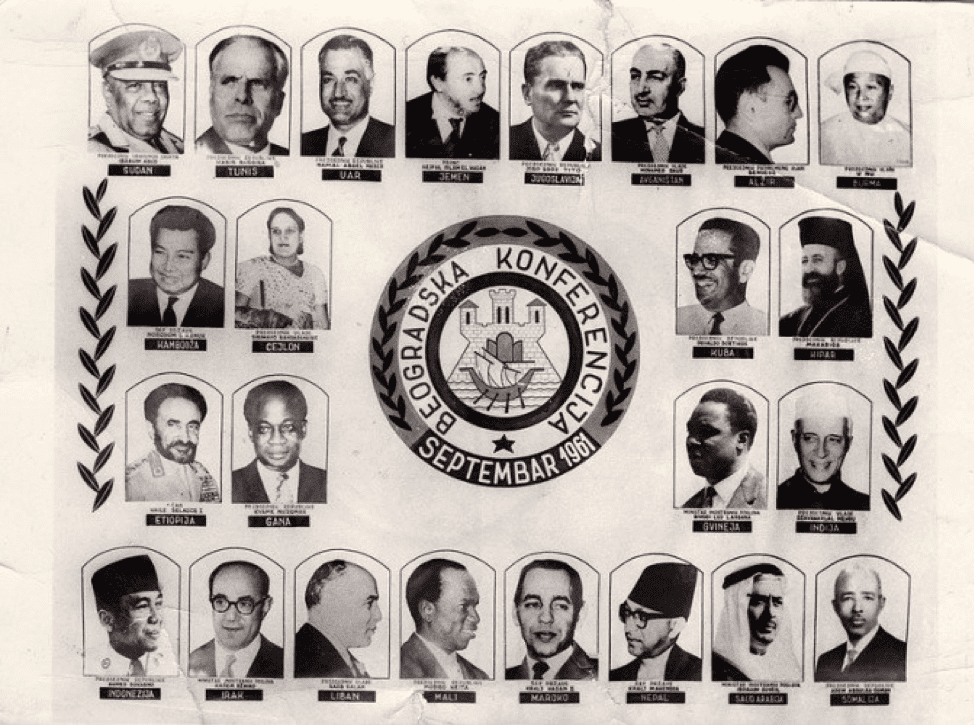 Leaders present at the Non-Aligned Summit in Belgrade, 1961

Yugoslavia was the lone non-aligned state in Europe, standing at the intersection of the communist Eastern bloc, the Western first world, and Africa and the Middle East. Yugoslav Life illustrates the cooperation that would come between newly decolonized states and Yugoslavia. An article from May 1963 lists the details of trading deals with African countries: “Finished products are dominant on the list of Yugoslav exports. Machines and vehicles, for example, account for 54 percent of all exports…From Africa Yugoslavia imports raw materials and some industrial products: cotton, phosphates, minerals, coffee cocoa, bananas, and more recently products of the textile and chemical industries.”[2] Such trading partnerships were the legwork of Yugoslavia’s commitment to “creating conditions for equality between the advanced states and the underdeveloped countries.”[3]

The strengthened ties between Yugoslavia and other countries in the Non-Aligned Movement would take on a human dimension, as well. Yugoslavia sent workers to countries in Africa and Asia to build up industry in those countries through programs of technical assistance. Yugoslav Life claimed that more than 1,600 Yugoslav workers were engaged in such programs in Africa and Asia in 1962 alone. Furthermore, it claimed that in 1962 nearly 1,000 students from developing countries were studying in Yugoslavia under various cultural conventions and technical assistance programs.[4] 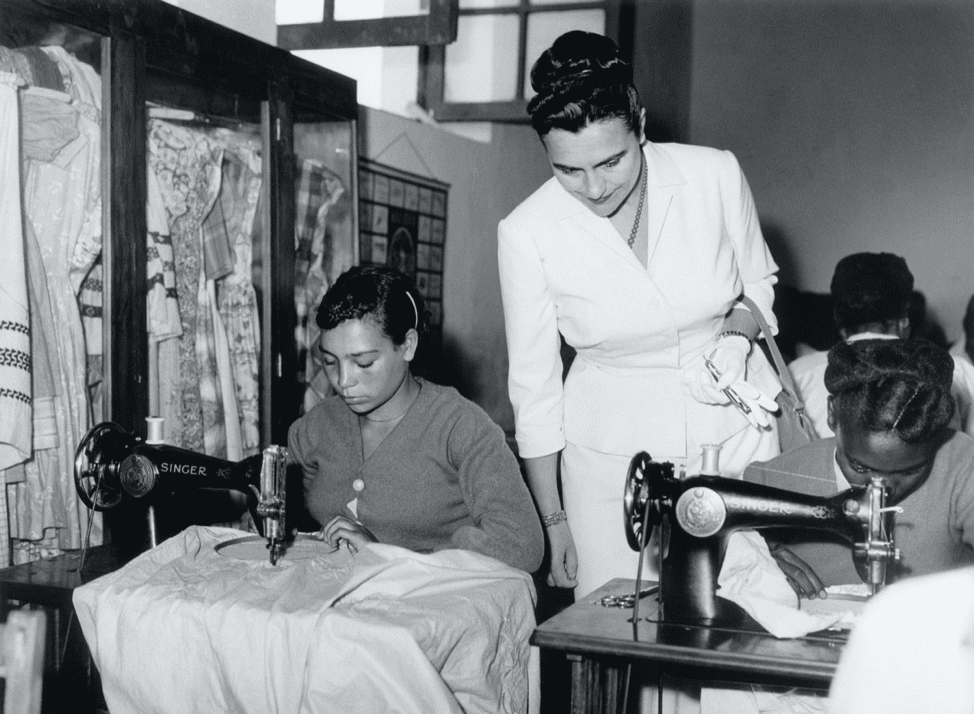 Jovanka Broz, First Lady of Yugoslavia, visits the School for Arts and Crafts in Addis Ababa, Ethiopia in 1959

Close to every issue of Yugoslav Life published between 1961-1967 celebrated a visit of people from countries in the Non-Aligned Movement to Yugoslavia or, conversely, a visit carried out by Marshal Tito or other high-ranking state representatives across the globe. Such visible placement of the seemingly tireless diplomatic schedule for foreign readers emphasizes the crucial role the Yugoslav state placed on its cooperation with other Non-Aligned member states. In an issue from June 1961, mere months before the Belgrade Conference would officially inaugurate the Non-Aligned Movement, Yugoslav Life claimed that “The grouping of the uncommitted countries, which some people persist in calling the third bloc, is an important international factor.”[5]

Yugoslavia was officially committed to the liberation and equality of decolonized states as they struggled to “catch up” with their former colonizers, but the Non-Aligned Movement also provided Yugoslavia with a platform for criticizing and differentiating itself from the Soviet and American spheres of influence, from which it was excluded. Quotes from Marshal Tito and high-ranking politicians like Edvard Kardelj in the periodical often condemn Cold War actions from an outsider’s perspective: “a dangerous game of extremism and adventurism which threatens…new world conflicts.”[6] Furthermore, Yugoslavia supported its allies in the Middle East in the rising tensions before the Six Day War in June 1967, as Tito “did not for a moment hesitate to call a spade a spade,” putting the support of Yugoslavia and its government with Arab countries against Israeli aggression.

You might also like:
Presenting Prague Spring to the West: Czechoslovak Life and Socialism with a Human Face
The Public Archive: Texas Czech Culinary Traditions
50 Years Since Prague Spring: Czechoslovak Dreams and Cold War Realities