Each year, a group of artists, art historians, and visual theorists meet at a conference to discuss the intersections of the visual, art, aesthetics, activism, and politics. Among many other important contributions, the conference is designed to involve individuals from a variety of institutions and backgrounds to unite scholars whose critical approach to photography, cinema and film is from “the Left.” As a historian of photography, I attended this conference for the first time this year. While there were many valuable and insightful presentations, several stood out not only for their original contributions, but also for the contemporary relevance of their ongoing artistic and research projects.

Dr. Nela Milic’s (University of the Arts, London) Materialising Site, was a description of her ongoing research cum artistic project visualizing the political awakening of Serbia in 1996 through visualizations of Belgrade. Melic’s personal experience of the uprisings against Milosevic, with nearly 200,000 protesters on a daily basis, was the initial impetus for her project. Yet, in her early research she found that Western European discourses not only misrepresent the scale of events of 1996, but have a tendency to outright ignore historical events. Similarly, those who participated in the uprising expressed a sense of shame that their efforts were unsuccessful, and no individual had ever attempted to archive the many visual and artistic materials associated with the protests.  Her response is an innovative endeavor that seeks to activate Belgrade’s memory through participatory mapping of the city – conducting interviews, collecting images, posters, coupons, and photographs that function as public art artifacts in a collaboration between artist(s) and citizens. This project has existed in several forms and iterations before Milic decided on its current format.

In her presentation, Brigitte Thorsen Vislev (PhD-fellow affiliated with SMK, the National Gallery of Denmark, the Danish Film Institute and the University of Copenhagen) explored ABCinema, a socialist amateur film collective founded in Denmark in 1968. The group wanted to construct an alternative to the established film industry and desired to create a new alphabet, language and vocabulary for art film. They worked primarily with handheld Super 8 cameras, and their philosophy of film did not require theatricality or even a script, and incorporated long takes (essentially until the film reel ran out), real time situations, and editing “in the camera”; that is editing while shooting rather than afterwards. The collective included about 30 artists, experimental filmmakers, and intellectuals, including Per Kirkeby, Bjørn Nørgaard, and Ole John, whose philosophy and style later influenced the more renowned Danish Dogma Movement of the 1990s. According to Vislev, “The Danish film movement of the 1960s was ideologically founded on left-wing, Danish social-democratic Marxist ideas, and that cameras were pens and weapons used to revolutionize social hierarchies and to question who had the rights and access to the means of production.” Though the group dissolved in 1971, ABCinema was instrumental in changing legislation on film financing. New state funds were set aside for art film, which allowed individuals to apply for funding based on their ideas, rather than a completed script. In 1972, a new law was ratified which set aside funding to exclusively support experimental films. See this link for an example of ABCinema’s work.

In “Picturing the Predator: Subverting the Military Sublime,” Paul Lowe (Photographer and Reader in Documentary Photography at University of the Arts, London) explained how modern warfare, particularly the use of drones for surveillance and targeting “enemies of the state,” poses a challenge of representation for photographers. The sanitized and depersonalized nature of drone warfare has led photographers to find alternative means of expressing and depicting the consequences of invisible weapons systems. Contrary to the depictions of drones on government military websites and corporate purveyors of military technology that sanitize this technology (despite civilian casualties and the significant loss of life), photographers like James Bridle have tried to reclaim some measure of depicting the realities of war. In his works Drone Shadows and “Dronestagram,” Bridle attempts to render the invisibility of drone warfare visible. Importantly, Lowe, who built his career on photographing conflict, demonstrates the difficulty and complexities of how to represent the contemporary military state and modern warfare. 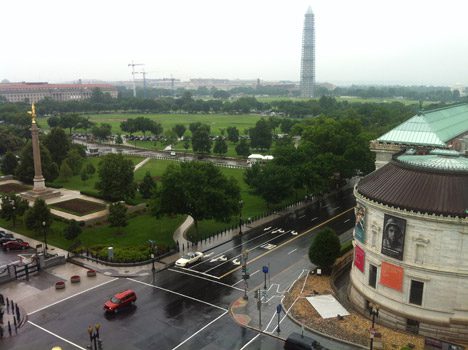 Dr. Sigrid Lien’s (University of Bergen, Norway) presentation “The Politics of Silence in Marja Helander’s Photography – and Video Production” investigates Marja Helander’s body of work and its connection to her Sámi heritage. The Sámi are an indigenous people inhabiting Sápmi, which includes parts of Norway, Sweden, Finland and the Murmansk region of the Russian Federation, whose language, culture and land have been, and in some ways, continue to be, threatened by adverse government policies in Scandinavia and Russia. As Lein demonstrates, Silence – Jaskes eatnamat, as well as Helander’s previous photographic series such as Modern Nomad and Darkness, need to be understood in terms of the Sámi people’s relationship to their ancestry, the present, and their spiritual connection to the Sápmi landscape. Silence depicts industrial landscapes and wastelands devoid of humans, but obviously bear traces of human activity, in order explore the aftermath of colonization in Sápmi. Lein also attempted to explain how various aspects of Helander’s work pay homage to Andrei Tarkovsky’s 1979 film Stalker, though I was not wholly convinced by this argument. In a way, Silence falls into the category of “aftermath” photography, recording the trace of an event or series of events. As a whole, however, Helander’s body of work expresses the artist’s and the Sámi people’s conflicted sense of belonging. 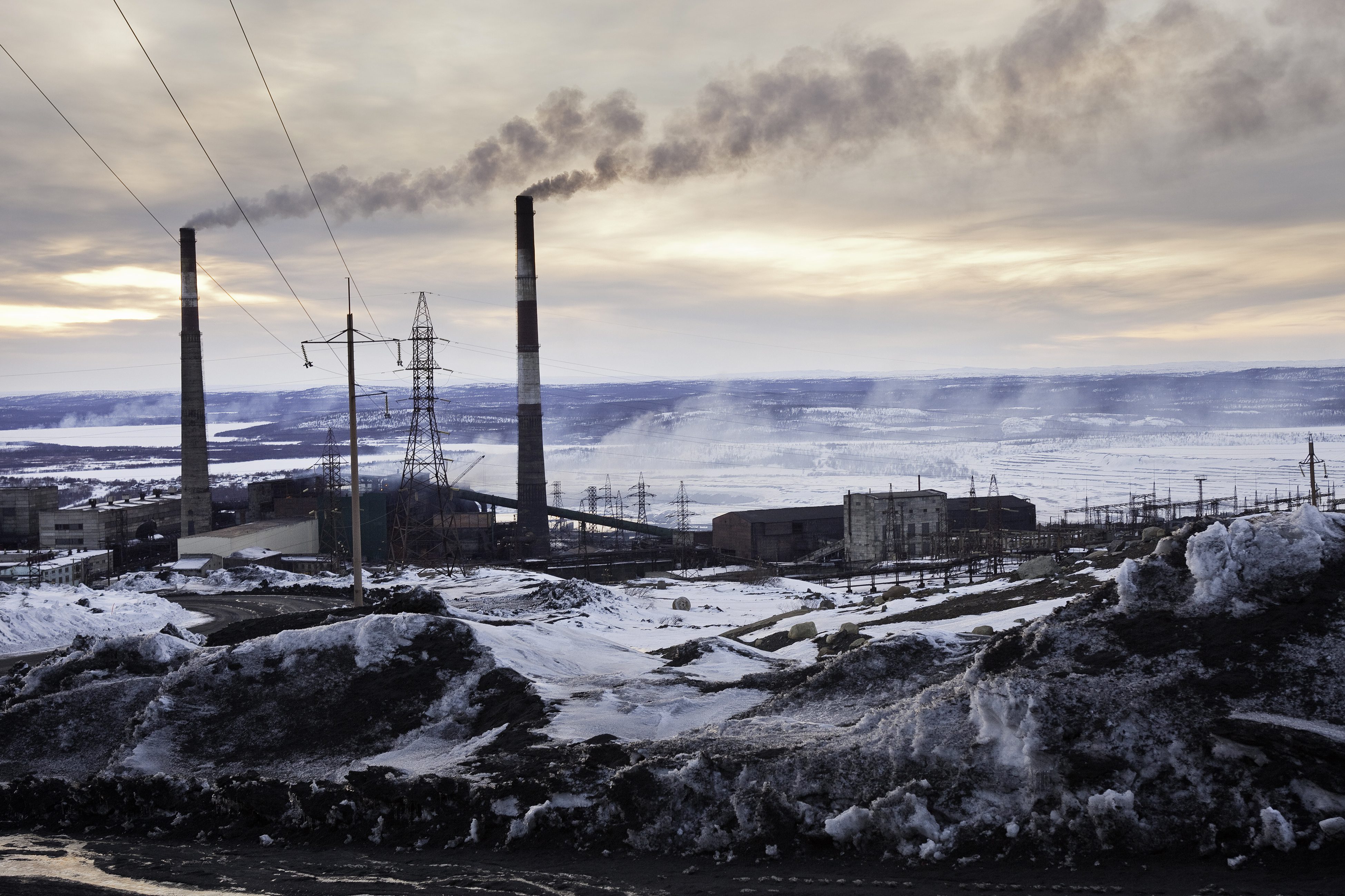 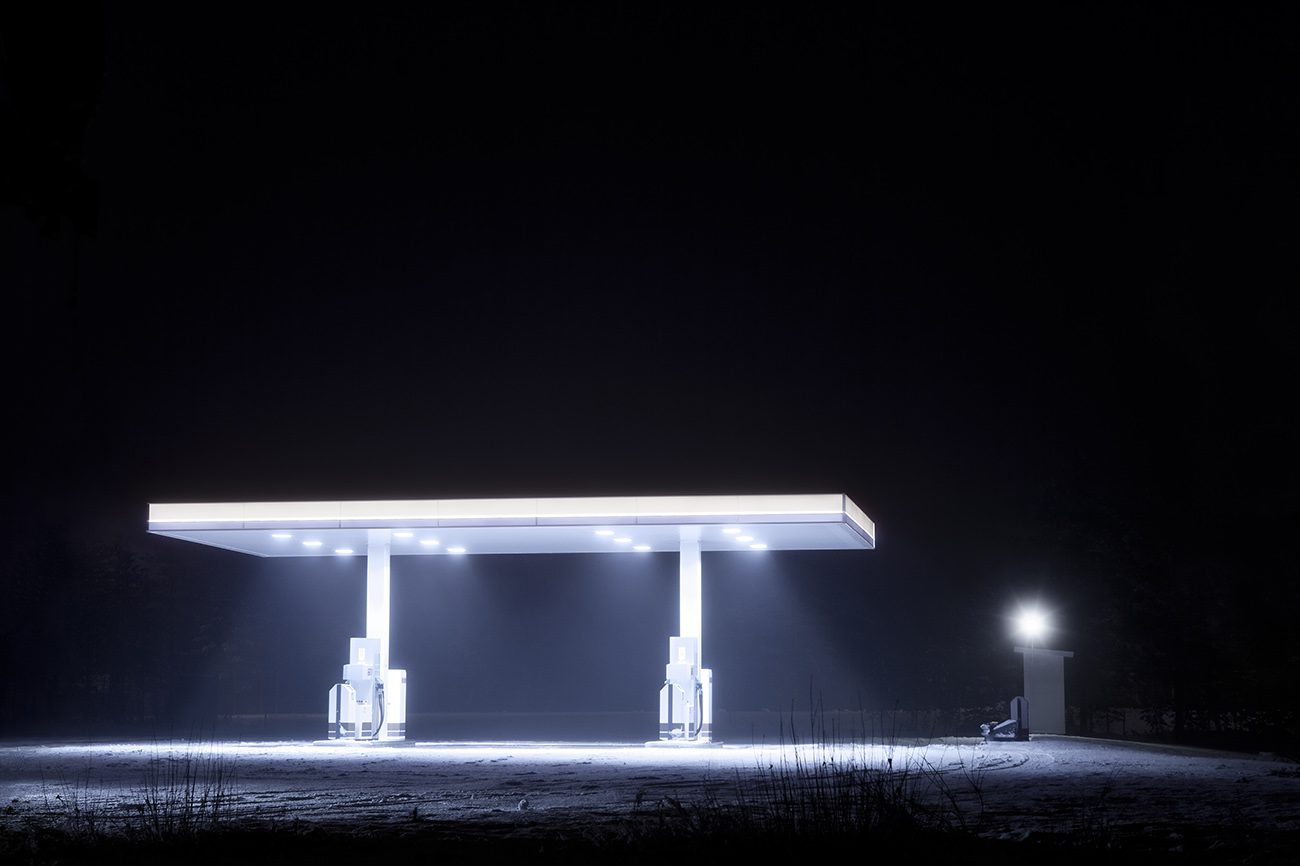 Jessie Bond (Freelance writer, editor, and research student at University of the Arts London) explored Susan Meiselas’ 1981 photobook Nicaragua, which was intended to create a “multi-layered and multi-voiced narrative” about the Nicaraguan Revolution and the overthrow of the Somoza dictatorship in 1978-1979. As one of the only American documentary photographers present during the initial Sandinista uprising, her photographs were published frequently in the press and the photobook Nicaragua was Meisela’s attempt at creating a more comprehensive narrative of the revolution. At the time of its publication Nicaragua was criticized for a variety of reasons, ranging from Meiselas’ lack of subjectivity to the separation of text and images in the book itself. Crucially, however, this separation of text and image allows the reader or viewer some fluidity in interpreting Meiselas’ narrative, but the order of the images themselves provides a sort of contextual chronology from unrest and protests to open insurrection. Similarly, Bond showed that Nicaragua was not Meiselas’ first project that avoided overarching strict or set narratives. Meiselas herself recognized her work was subjective and, according to Bond, the fluid narrative and structure of the book perhaps provides a closer visual representation of the experience of revolution than other, similar publications. Isabel Stein’s (The Federal University of Rio de Janeiro, Brazil) presentation “Molotov-Click: The Domestication of Weapons” also discussed Susan Meiselas’ work in Nicaragua, primarily her iconic image “Molotov Man.” 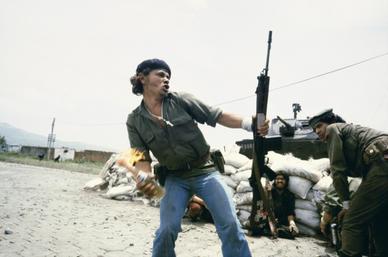 These presentations provide us with a variety of new ways to think about and study the history of photography. The range of topics and the interdisciplinarity of their approaches to visual culture also offer us tools for thinking about the photographs that we see every day and the roles they play in society and our everyday lives.

Each year, this conference is hosted by the Faculty of Beles Artes of the University of Lisbon. (this year 9-10 November,). I would like to thank Alise Tifentale (PhD Candidate in Art History at the Graduate Center, City University of New York), for suggesting I attend.

Jessica Werneke (UT History PhD, 2015) is a Newton International Fellow of the British Academy and Lecturer in History at Loughborough University (UK) and former Postdoctoral Researcher at the Higher School of Economics in Moscow. Her research explores the aftermath of Stalinist cultural policies in photography and visual culture, and the impact of the unique political and cultural context of the “Thaw” on photojournalism and amateur photography.  You can read more of her essays on photography on her blog, Sovetskoe Foto Blog.