An Iranian newspaper clip from 1968 reads: “A quarter of Iran’s Nuclear Energy scientists are women.” The picture shows some female Iranian PhDs posing in front of Tehran’s research reactor. 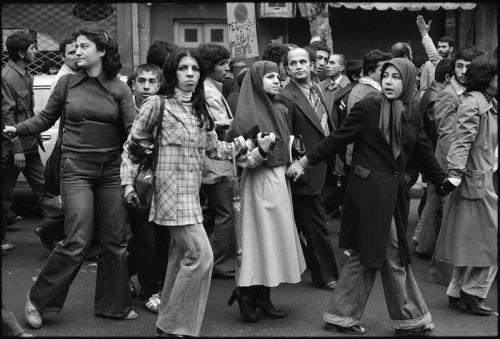 Anti-Shah demonstrators marching near a shopping street in Tehran in December 1978.

Supporters strain to catch a glimpse of the Ayatollah Khomeini at the Refah School in Tehran in February 1979. 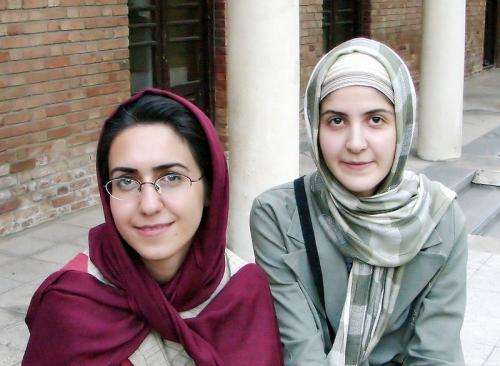 Two Iranian women wear different versions of the hijab scarf: one is a single scarf that reveals the women’s hair. The other consists of two scarves that cover the woman’s hair entirely.