In October of 1973, members of the Organization of Arab Petroleum Exporting Countries—or OPEC—placed an oil embargo against the United States and many of its NATO allies. This dramatic move was retaliation against the West for their military support of Israel in the ongoing Yom Kippur War. The embargo caused the price of crude oil to promptly skyrocket in the United States, creating an economic and political crisis.

For Texas History Day, Johana Mata delved into the history behind OPEC’s provocative act. She argues that the embargo represented a serious turning point for the global economy: 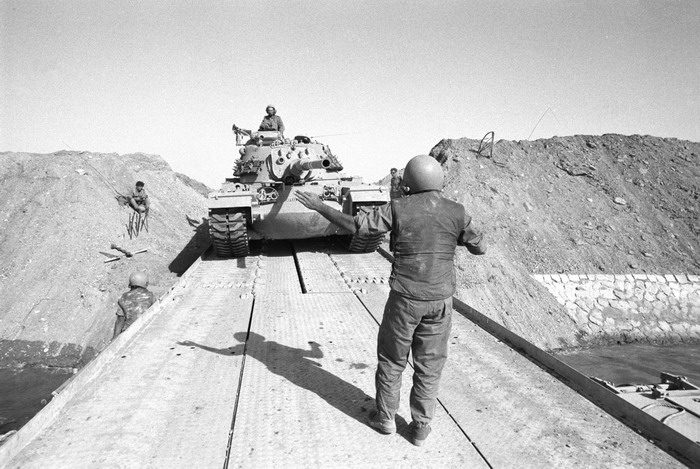 “The embargo and its consequences sent shock radiating through the social fabric of the industrial nations. The fear and uncertainty caused by the oil cutbacks had both oil companies and consumers frantically seeking additional supplies not only for current use but as a safeguard for future shortages. Buyers were scrambling desperately to obtain any oil they could find. ‘We weren’t bidding just for oil, we were bidding for our life,’ said an independent refiner who did not have a secure supply. The effects of the embargo on the psyches of the Western Europeans and the Japanese were dramatic. The disruption instantaneously transported them back to the bitter postwar years of deprivation and shortages. In West Germany, for example, the Ministry of Economics took on the task of allocating supply to desperately worried industries. In japan, the embargo came as an even more devastating shock. The confidence built by strong economic growth was suddenly shattered and ignited a series of commodity panics.” 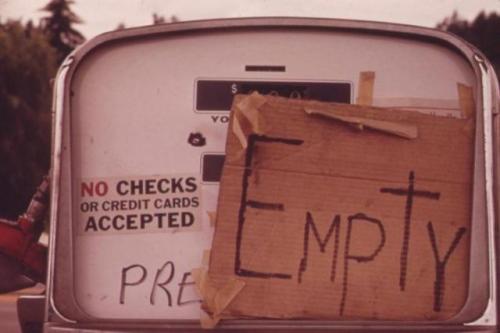 “In the United States, the shortfall of oil struck at fundamental beliefs in the endless abundance of resources, convictions rooted so deeply in the American character and experience that a large part of the public did not even know until October of 1973 that the United States imported any oil at all. In a matter of months, however, the public found out just how dependent the country was on Middle Eastern oil. Gasoline prices quadrupled, rising from just 25 cents per gallon to over a dollar in months. Gas lines became common sights as drivers became desperate to fill their tanks before the gas ran out. There was an instant drop in the number of homes built with gas heat and Congress issued a 55 mph speed limit on highways. Daylight savings time was compulsory year-round in an effort to reduce electrical use and one of the biggest long-term effects was the massive change in cars due to the oil embargo. The production of gas guzzling cars was halted and the sale of Japanese cars increased because they met efficiency standards that American cars did not. Americans lost the confidence they had held for the future.”