Often wrongly considered to be on the periphery of the history of the United States, Africa has played an important role politically, economically, and culturally from before American independence until the present day. The importance of slavery to early U.S. history was paramount, with lasting effects into the twentieth century and the contributions of African-Americans to life in the United States has often been celebrated, but Africa’s relevancy for the United States has been most appreciated and discussed in terms of the African roots of a broad spectrum of American culture. Following decolonization in Africa, the newly independent nations took on a new relevancy and significance for the United States, one that should be re-examined for the twenty-first century.

The entire history of the United States is deeply intertwined with the history of Africa. Slavery was practiced in America even prior to independence from Great Britain and was an integral part of its economy, particularly in the South. Agriculture depended on the labor of slaves sent from the West African coast, and was one of the key reasons the Southern states fought in the Civil War. When the fight against slavery as a moral issue gained momentum, slave owners in the South feared it would be outlawed on the national level. And it was outlawed at the conclusion of the Civil War, with the passing of the Thirteenth Amendment of the United States Constitution. However, despite the Thirteenth Amendment, and the citizenship and voting rights that came with the Fourteenth and Fifteenth Amendments, racial discrimination was still a critical issue in American social life. Jim Crow laws in the South kept both public and private life in the southern United States segregated until the climax of the Civil Rights Movement in the late 1950s and early 1960s. 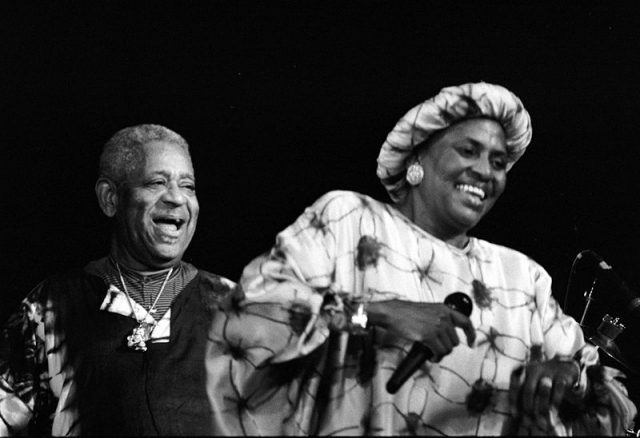 The Civil Rights Movement was fostered in part by international developments. Following the Second World War, the Cold War and its numerous manifestations were the primary concern of the United States government. With the Civil Rights Movement, however, foreign and domestic policy concerns were directly connected. Contemporaneous with the ideological battle between the United States and the Soviet Union was the decolonization of much of Africa and Asia. As nations became independent from their former colonial powers, most often Great Britain and France, they faced a bipolar political situation in which they had to decide whether they wanted democratic or communist governance. The United States, in an attempt to ensure democracy for these sometimes geopolitically strategic nations, offered itself up as an ally to African nations. In such a situation, treatment of African Americans was an especially ugly scar on the face of the U.S., and America’s support for newly independent African nations proved to be an important impetus in accelerating Civil Rights legislation, including the 1964 Civil Rights Act and the 1965 Voting Rights Act. 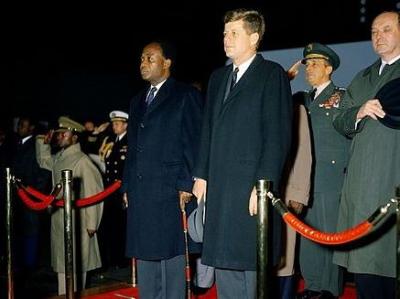 Decolonization in Africa affected both United States domestic policy towards Civil Rights legislation, as well as foreign policy toward Africa. Previously, American foreign policy toward Africa did not exist, and any concerns over Africa were instead directed towards its European colonizers. The combination of the Cold War and decolonization quickly made the African continent relevant to the U.S. in a new way. The overextension of the United States’ foreign policy during this period, including the rebuilding of post-War Europe, wars in Korea and Vietnam, and the nuclear arms race with the Soviet Union, meant that many African leaders of newly independent nations felt they were not given the audience that they deserved from the United States government. Yet it is clear that the U.S. involved itself where it felt Cold War concerns were most relevant, as when it supported Mobutu Sese Seko, the brutal dictator of the Democratic Republic of Congo, then Zaire.

The United States’ foreign policy changed dramatically after the end of the Cold War and its policy towards Africa in the 1990s did as well. For the last decade of the twentieth century the main agenda for the United States seemed to be to ignore African nations, even in the face of severe crisis, such as the Rwandan genocide. Yet with the end of the twentieth century also came the beginning of a huge international public health battle against HIV/AIDS. Africa, and Southern Africa in particular, has been at the forefront of this struggle, one that quickly linked U.S. interests in Africa with both positive and negative effects. Many countries, such as Uganda, have seen AIDS deaths drop significantly because of American help, particularly during the administration of President George W. Bush. However, issues surrounding aid dependency, the cultural relevancy of some aid programs, and the often times controversial role of American pharmaceutical companies in Africa have complicated this relationship.

On September 11, 2001, Africa’s relevancy to the United States changed once again with the bombing of the World Trade Center by Islamic extremist terrorists. While originally the focus of the U.S. was on the Islamic countries of the Middle East, political instability in Africa and a high percentage of Muslims in many African nations, has brought the American War on Terror to countries such as Somalia and against extremists in countries like Nigeria. It has become clear to policymakers that the political and economic stability of Africa is in fact relevant to the United States. However, the increasingly global nature of every aspect of life ensures that policies will have to broaden beyond a focus on public health and terrorism. Stability in Africa would not only help to ensure the safety and well-being of Americans, but also open opportunities for American companies to invest and create new networks in the global economy. Africa’s relevancy for the United States has changed significantly over the past 300 years; however, the relationship between the U.S. and Africa is crucial to understanding American history, and will continue to be an important element in the twenty-first century.

The United States and West Africa, edited by Alusine Jalloh and Toyin Falola