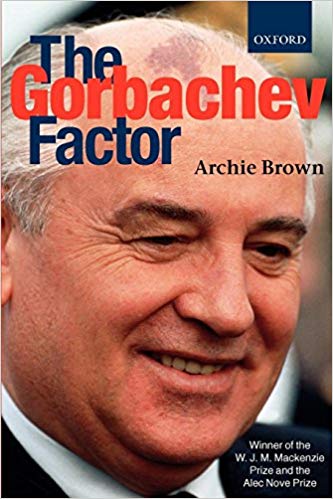 The fall of the Soviet Union is usually understood from two angles. One argues that the Soviet state could not keep up with the United States’ military superiority and, therefore, collapsed under economic strain. The other perspective suggests that western Europe and the U.S., and specifically the administration of President Ronald Reagan (1981-1989), played a crucial role in pressuring diplomatically for the end of the “Evil Empire.” Archie Brown suggests that there is another interpretation that rules out military or diplomatic pressures in explaining the undoing of the Soviet Union. Brown argues that the end of the system was exclusively due to the political (glasnost) and economic (perestroika) reforms launched to reform the state. In this process, the author contends that the implosion of the Soviet Union had more to do with the will of one man than with any outside forces in play.

The Gorbachev Factor is a compelling and persuasive analysis that underlines the agency of Mikhail Gorbachev as the most crucial factor explaining the end of Soviet rule. The book is a painstaking examination of Gorbachev’s leadership as a head of state, and the importance of his policy reforms in enacting the political transformation of the Soviet system. As the author argues, despite the structural problems of the USSR during the 1980s, there was no sign of an impending collapse. However, the central thesis of the book is that Gorbachev’s interest in seeking political and economic change led him to believe that those goals were unattainable unless the whole system was transformed. By analyzing the changes introduced by the Soviet leader in the political structure of the state, the economy, the center-periphery relations, and in foreign policy, Brown successfully shows how the Soviet system transitioned from a relative stable state of decline into a phase of terminal crisis. Despite failing to prevent the end of the USSR during his term (1985-1991), Gorbachev oversaw the emergence of political pluralism, the democratization of the former Soviet Republics, and the inauguration of a new foreign policy with the west that ended the Cold War.

From the four areas he deemed necessary for a complete transformation of the system, Brown identifies political reforms and the reformulation of Soviet foreign policy as the most successful ones. The introduction of contested elections to create a legislature with real powers in 1988 is perhaps the most significant reform in explaining the growing democratization of the Soviet Union but it also accounts for the gradual erosion of state control over the political process. Domestic political changes also reflected a new foreign policy mentality. Gorbachev reconfigured Soviet diplomacy by emphasizing the freedom to choose and by renouncing violence as a way to sustain other communist regimes in power. As Brown contends, the Gorbachev factor in Soviet foreign policy cleared the way for the overthrow of Communist systems in Eastern and Central Europe from 1989 on.

The liberalization of the system presented Gorbachev with intractable problems. In relations between the central Soviet state and the non-Russian republics within its borders, the delegitimization of Marxism-Leninism triggered by the political reforms, and the revelations of the failures and atrocities of the Soviet system, left an ideological vacuum for which nationalism was the most obvious candidate. Unable, or unwilling to control the centrifugal forces unleashed by his reforms, Gorbachev’s ability to keep the Soviet Union intact imploded when political rivals, such as Boris Yeltsin, torpedoed any opportunity for a union-wide arrangement. In the implementation of economic reforms, Gorbachev’s zig-zag approach not only proved to be ineffective because of the opposition of the ministerial bureaucracy to the full implementation of his policies, but also because the Soviet leader was more hesitant and less clear on how to proceed towards the gradual adoption of a market economy. 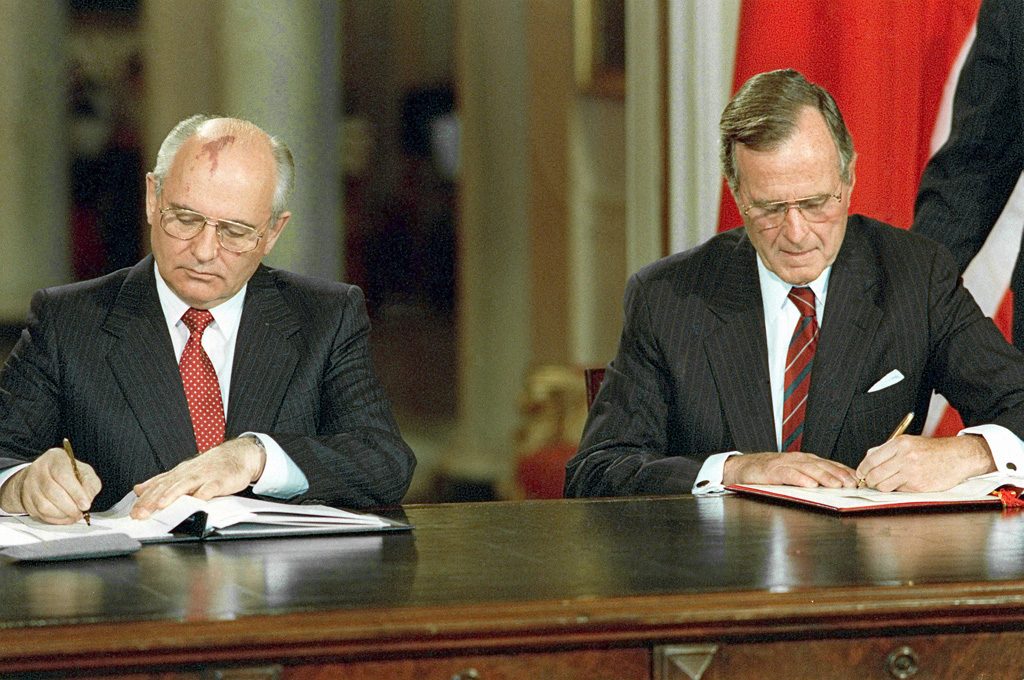 Finally, Gorbachev’s personality played a key role in the political transformation of the system. His status as a consensus-builder served him well to implement several reforms without facing concerted resistance from the Communist Party or the emergent cohort of Soviet dissidents and liberals. However, this same trait later exposed Gorbachev to the attack of radicals on both sides of the political spectrum, undermining his power. This, coupled with the misplaced trust in some of his appointees, seriously complicated Gorbachev’s plans to control the transformation of the system.

Brown’s book succeeds in providing a refreshing and persuasive angle that underlines the domestic causes in the demise of the Soviet Union. The author relies primarily on personal interviews and memoirs from the most influential Soviet political leaders of the time (including Gorbachev) to build his argument. For anyone interested in this momentous historical process of the 20th century Brown’s insightful interpretation will not disappoint.

Precarious Paths to Freedom: The United States, Venezuela, and the Latin American Cold War
Digital Teaching: The Stalinist Purges on Video
Sowing the Seeds of Communist: Corn Wars in the U.S.

The King’s Living Image: The Culture and Politics of Viceregal Power in Colonial Mexico
A Poverty of Rights: Citizenship and Inequality in Twentieth-Century Rio de Janeiro
Paper Cadavers: The Archives of Dictatorship in Guatemala