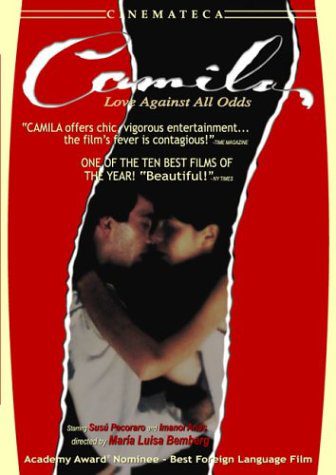 Romeo and Juliet may be the most well known tale of star-crossed lovers, but ask any Argentine and they will know the story of Camila O’Gorman and Ladislao Gutierrez just as well. The ill-fated love affair between the strong-willed daughter of an elite landowner and a Catholic priest, depicted in the 1984 film Camila, is a multi-layered story that ties together romance, the political history of the nineteenth-century Latin America, and echoes of government corruption across centuries.

The story of Camila and Ladislao unfolded during Juan Manuel de Rosas’s twenty-year rule of Argentina from 1829 to 1852. The conservative caudillo directed the newly independent country with an iron hand. He upheld the colonial social hierarchy, allied with and supported the Catholic Church, closed the country to external trade and censored the flow of information in and out of its borders. In this claustrophobic setting, the fiercely independent Camila read contraband books and dreamt of marrying for love rather than familial duty. When a new priest arrived in Buenos Aires from the province of Tucumán and spoke out from the pulpit against the violence of the Rosas regime, Camila fell desperately in love. It did not take long for Ladislao, forced into the priesthood as the filial duty of a second-born son, to reciprocate her feelings. Knowing their love was forbidden, they fled in the night to the neighboring province of Corrientes, where they began life anew as a poor schoolteacher and his wife. Soon, however, a priest from Buenos Aires recognized Camila and reported her whereabouts to her father. The two were quickly arrested and sentenced to death – despite the fact that Camila was eight-months pregnant. 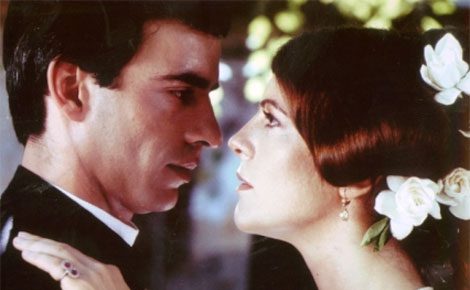 The execution of Camila and Ladislao in 1848 was a severe overreaction. At any other time, the pair would likely not have suffered the same fate. Historian Ann Twinam has shown that in the colonial era, the celibacy of priests functioned far more in breach than in observance, and that, while upholding their public reputations of virginal innocence, elite women often had pre-marital sexual relations in private. If sexual digressions were generally accepted social practice, why did Rosas kill the lovers? Historians postulate that his reaction was tied to the political climate of early nineteenth-century Argentina in which conservative caudillos like Rosas battled fiercely with their liberal opponents. Argentine liberals vehemently attacked Rosas from exile in Uruguay and Chile. They first used the news of Camila and Ladislao’s affair to highlight the lack of morality and law in Rosas’s Argentina. Once he captured them, Rosas decided to make an example of the unfortunate duo in order to silence his opponents. Unfortunately, his overreaction only provided more fuel to their onslaught by providing proof of the caudillo’s barbarism.

Argentine director, María Luisa Bemberg’s Oscar-winning movie Camila, adds yet another layer to this tragic story. Released only a year after the end of the right-wing dictatorship in Argentina (1976-1983), Bemberg’s cinematic depiction of the stifling oppression of Rosa’s regime in the 1840s struck a chord with Argentine audiences. The two conservative governments share noticeable similarities. In the same way the rise of Rosas to power in the 1820s forced his liberal opponents into exile, the repressive regime in the 1970s caused a mass exodus from Argentina. Both governments then carried out tactics of terror to subdue and control their populations – Rosas left the heads of subversives killed during night on stakes, while the bodies of those “disappeared” by the military dictatorship washed up on the shores of the Río de la Plata. Finally, the death of Camila’s unborn child not only conjured images of innocent citizens murdered by their government, but it also evoked memories of the dozens of babies taken from executed leftist women to be raised by members of the conservative regime. From love story to political intrigue to visions of cross-century government violence and oppression, Camila is a must watch for those interested in cinematic genius as well as Latin American history.