After three years of riotous gyrations and mayhem, Brexit has finally happened. The United Kingdom officially left the European Union last week, an official agreement being signed between the two entities that formally severs ties in a (hopefully) orderly manner. Britain will remain in the single market and customs union (though not sit on or in any decision-making bodies) throughout 2020 during which trade, migration and special considerations around the border between Northern and Southern Ireland will be hashed out. There has been no formal agreement regarding Harry and Meghan, though it would appear many who voted to leave the E.U. are astounded that anyone would want to leave the U.K.

Politically, it all feels very 1924. Multiple parties and political actors mill about on stage, the Union looks fragile, and the traditional grains that govern policy and partisanship have warped. Who today is the party of the Union; of Brexit; of Remain; of the NHS; of the environment? The whole parliamentary system seems to be on the penultimate lap of a messy realignment in which conservative political forces have triumphed at the expense of liberal ones.  At least, that’s what Maurice Cowling might have thought . . . if he were around today. 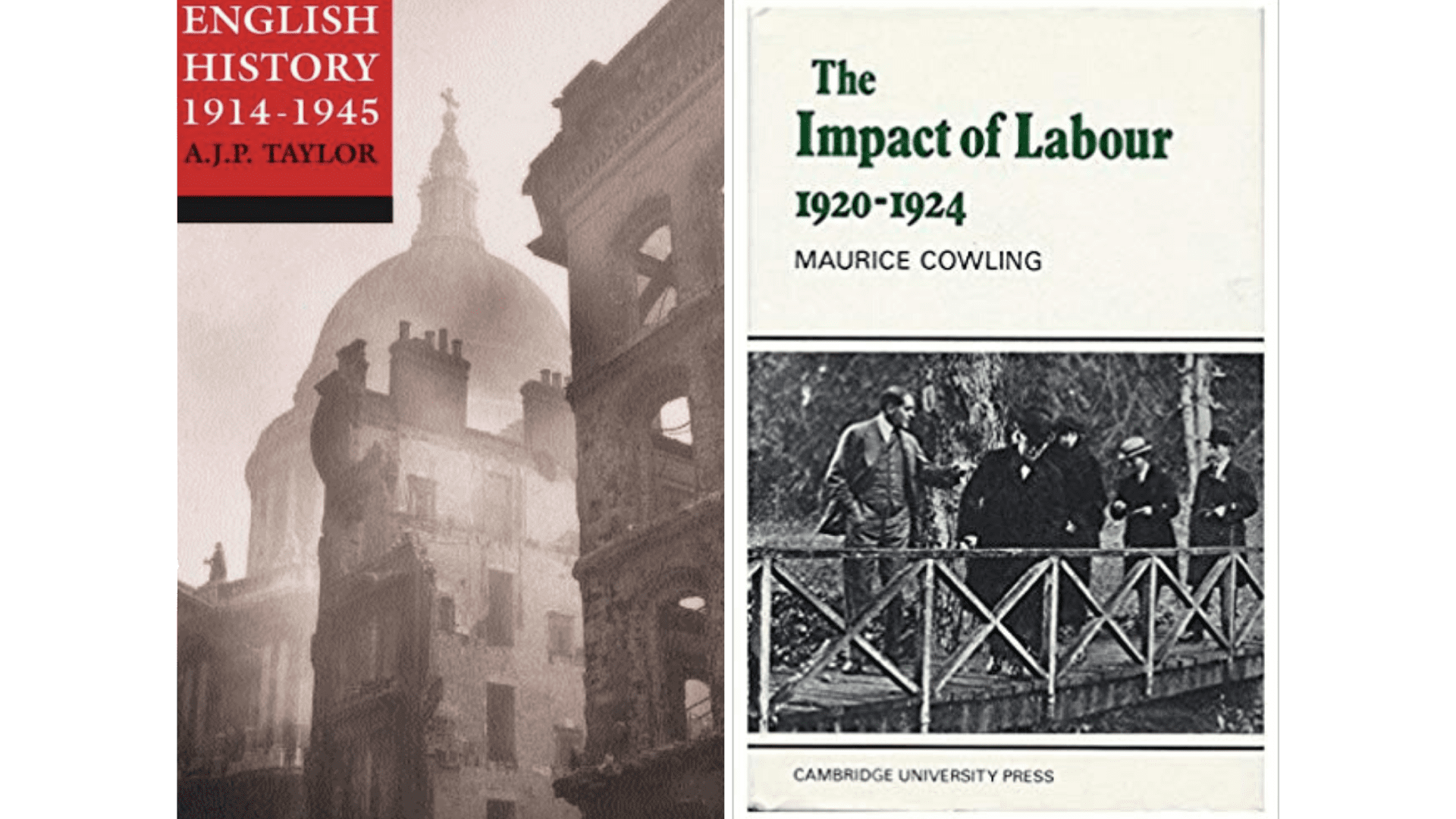 In his seminal work, The Impact of Labour, 1920-1924, written in 1971, Cowling focused on “high politics” in order to track “the politicians who mattered.” In doing so, he narrowed in on partisan strategy, parliamentary maneuver, and political rhetoric while treating other factors—such as parliamentary backbenchers, Ireland, India, the British working class—as “off-stage [forces] with unknown natures and unpredictable wills.” What emerges is a story of the Conservative Party’s survival, the Liberal Party’s demise and the emergence of the Labour Party. Cowling details the ascendancy of grey eminences like Stanley Baldwin and Neville Chamberlain at the expense of chivalrous, old-school firebrands like David Lloyd George. He also shows how a new two-party system emerged at Westminster which replaced the one founded nine decades earlier (in 1832). The system would remain mostly intact for the next nine decades . . . that is, until Brexit.

Cowling’s approach was unashamedly elitist. He believed the decisions and actions of “the politicians who mattered” (who, by his count, numbered a mere fifty or sixty) could not “be understood as derivative offshoots of pre-existing social conditions.” The historian’s job was therefore to “impute motive, intention and disingenuousness to the [political] actors whose personalities we have created out of the letters and speeches which survive.” At the same time, he shunned hagiography because he believed a biographical approach abstracted politicos from the political system in which they operated. “The system,” lectured Cowling,  “was a circular relationship; shift in one element changed the position of all others in relation to the rest.” Because of their “ignorance and eccentricity,” politicians reacted more readily to each other than to outside factors. In many ways pre-empting the linguistic turn of the 1980s, Cowling treated the public utterances of politicians as portable forms of power-broking rather than vessels containing anything of real ideological substance. 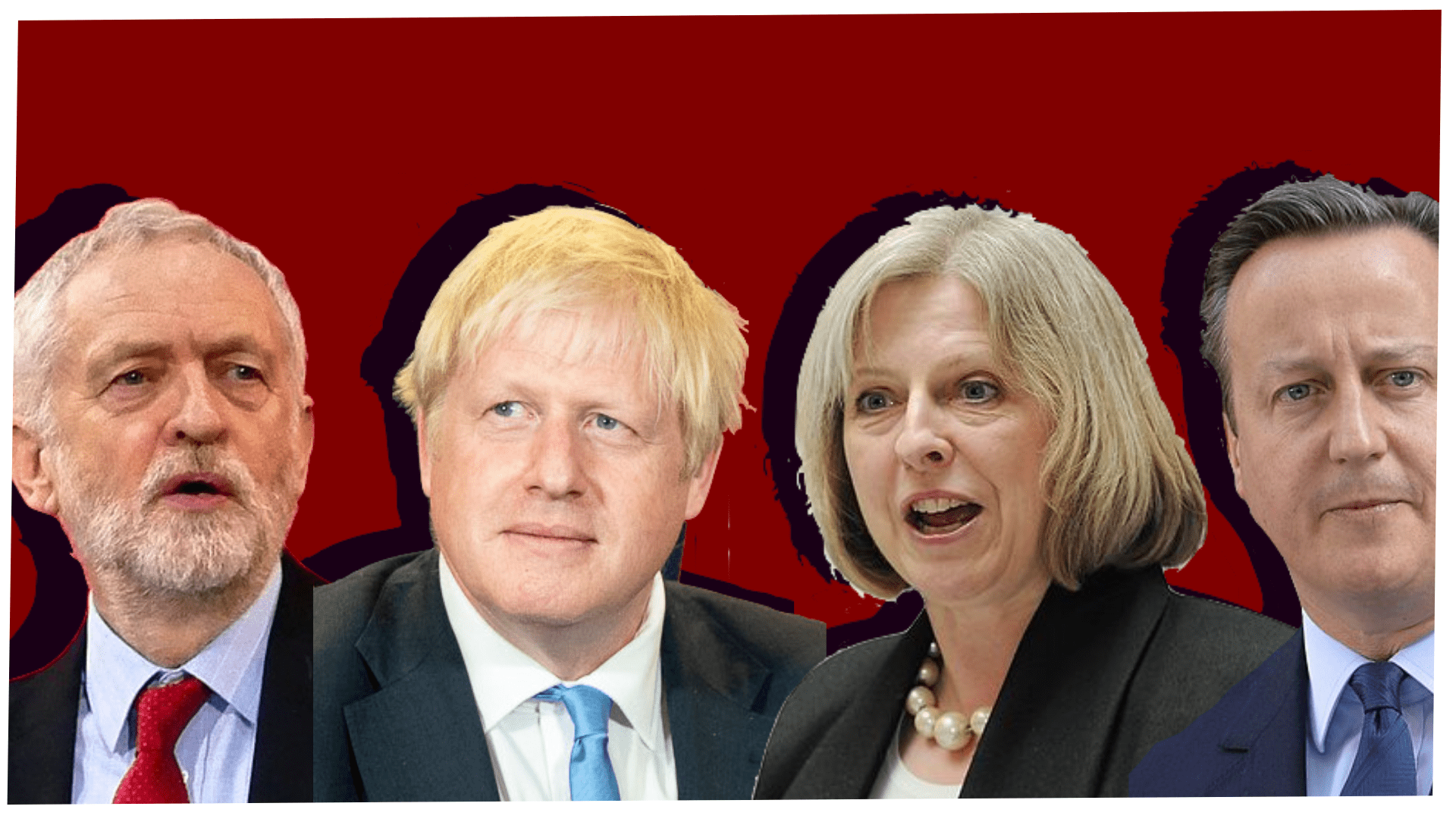 One way to assess Cowling’s value today is to ask, what would historians gain if he were here to write a book about modern British politics? Let’s tentatively title it The Impact of Brexit.  What would he focus on as he explained why Britain left the European Union?  First, I believe he would view David Cameron, Jeremy Corbyn, Teresa May, Boris Johnson and Nigel Farage as a political class in the tradition of 1920-24: reacting to one another as much as to what they thought constitutes public opinion. Second, he would find no riddle in the fact that Britain has drifted perilously close to a hard Brexit—one with no trade deals or border agreements in place to lessen the impact of leaving— despite a no-deal Brexit being desired by only a minority of Britons. Indeed, Cowling would point out how, historically, partisan considerations and vocal minorities often trump both the public good and electoral sense. (A hard Brexit remains in the cards depending on how negotiations with the E.U. proceed throughout the year.) Third, Cowling’s belief in the collective gravity of the political constellation, over that of its individual stars, made him the opposite of a conspiracy theorist. He would demonstrate (with panache) how no one appears to know what they are doing—because they don’t. 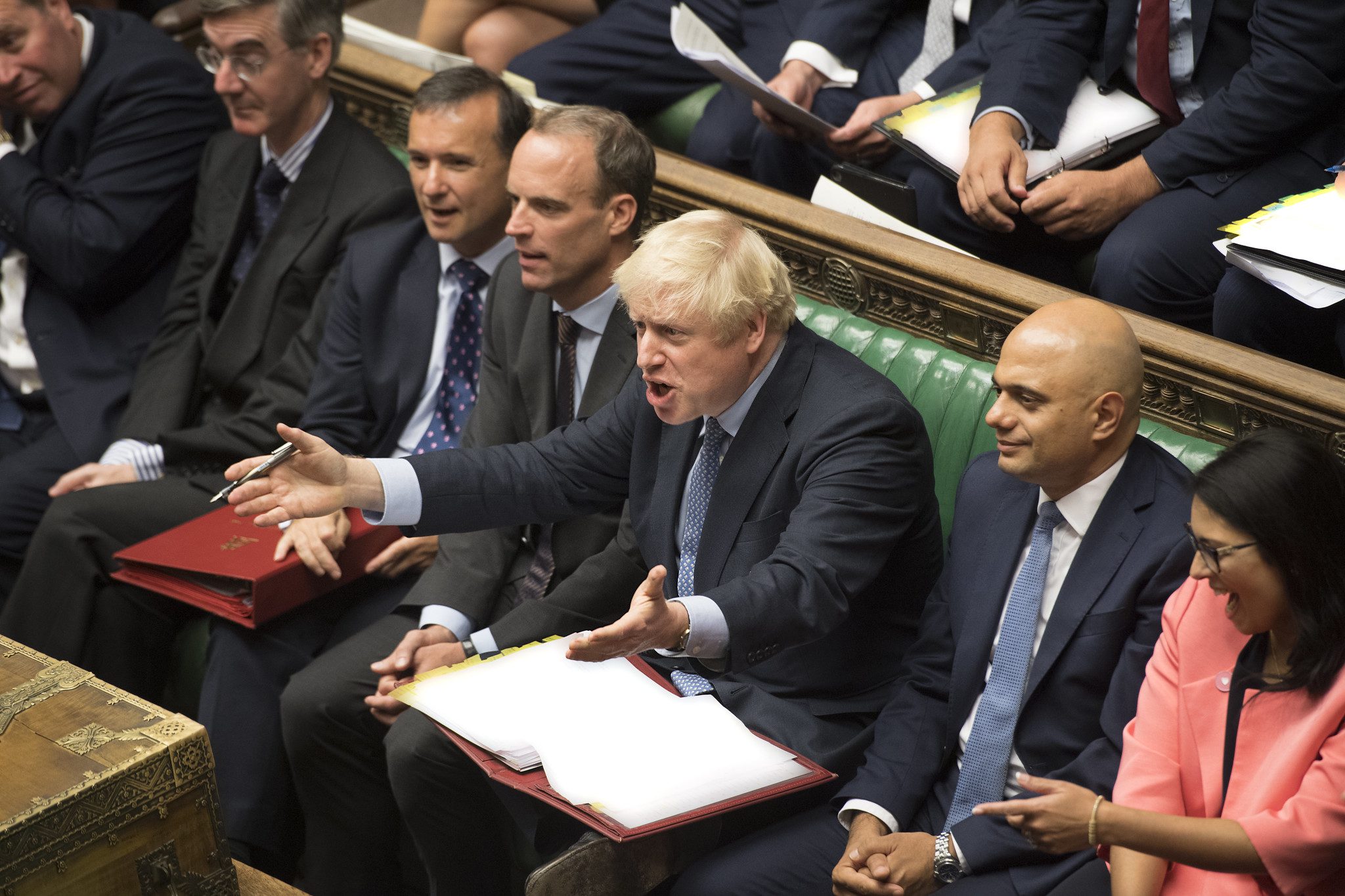 And yet, Cowling’s Impact of Brexit would be incomplete. By dogmatically depicting the political as always prior to the social and cultural, he often missed the wider story. During the period between the first and second world wars, British society witnessed a series of powerful trans-political transformations. Conversely, the governments that Cowling’s scholarship hones in on all tend to look the same. In many ways, it was Parliament that provided the scenery for the age rather than life in the counties. Westminster ambled along while class politics, the depression, radio, the motor car, and foreign policy developments pace back and forth with menace. Cowling often struggled to pick out the melodies and timbres of the past. Indeed, Robbin Marris once called his work a “history of noise” and for all his narrow, reductive focus, his books tend to sprawl and congeal.

What Cowling would miss are the things A.J.P. Taylor would find—namely the general sense of malaise that permeates not just contemporary British politics, but British society caught between the twin realities of anxious precarity and plastic wealth at the advent of the social media age. Indeed, while Cowling’s Impact of Brexit would be welcome, an updated version of Taylor’s English History 1914-1945 would be an even greater boon.  In English History, Taylor crafts a masterful work of historical impressionism—a blurry birds-eye-view of an age that evokes the emotion and ambience of interwar Britain. Taylor locates historical significance in a miscellany of seemingly minor things. Did British cities change for the better? Yes, replies Taylor: tea replaced beer as the drink of the work day —“convictions for drunkenness were more than halved, and it was unusual to see a drunk man in the streets.” Did veterans impact British culture? Yes: for example, the word “fuck,” used liberally among soldiers during the First World War became common in literature, albeit remaining off limits in polite conversation. Were Britons happy? Well, Taylor points out, the use of condoms remained secondary to coitus interruptus in family planning —“the historian [of interwar England] should bear in mind that . . .  he has on his hands a frustrated people.” 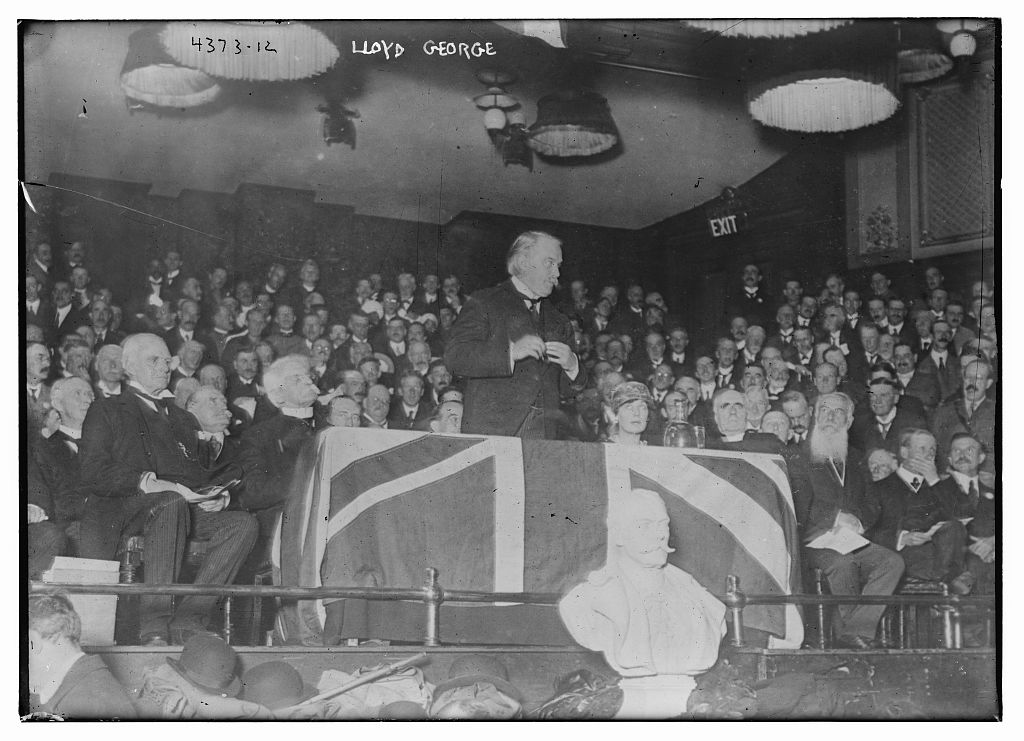 In another key passage, Taylor described how, television and radio irrevocably changed the character of public oratory: “Broadcasting demanded a gentler, more intimate style. The old-timers, trained on audiences [who heard rather than saw them] could not manage this. Lloyd George and Ramsay MacDonald, once great magicians, were both ineffective on the air. Baldwin came into his own.” With that, the reader instantly grasps the transition from one political aesthetic to another during the interwar period. One wonders what he would have made of Twitter.  Certainly, he would see Brexit as the symptom not the cause. He would view Messrs. Johnson, May, Corbyn and Farage as political bumblers treading out of their depth—hostages of fate rather than its architects; expressions rather than drivers of Britain’s winter of discontent.

Today, it is common to see historians publish editorials in the press on contemporary issues, such as cultural customs, a social injustice, or a foreign policy development– usually by shedding light on its historical roots. The value of Taylor and Cowling’s scholarship, like Foucault’s, is that their approaches to history lend themselves to thinking about the nature of human societies in general. As such, they enable historians to reflect on the present in terms of the past, not simply as an emanation of it. But neither of their approaches is complete. By downplaying the ability of leaders to effect real change in society, Taylor’s approach often denies politicians their very real knack for screwing things up. Cowling’s insistence on change always springing from the political leadership while the masses muddle along behind, downplays the amount of social, cultural, and technological change that goes on in a society regardless of who’s in charge. In seeking to understand modern or interwar Britain, we need to borrow from both. Cowling would likely roll his eyes at such an olive branch. Taylor would probably smile wryly. “Of all the historians of his generation, Cowling had the greatest mind, after my own,” Taylor is reputed to have said once.

More By Ben Wright:
Fandangos, Intemperance, and Debauchery
This Republic of Suffering: Death and the American Civil War by Drew Gilpin Faust (2008)
Episode 60: Texas and the American Revolution

You might also like:
Episode 99: The 40 Acres During World War I
Panel: “Brexit in Global and Historical Context”
Episode 85: Brexit