From the editor: As we come up to the June 6 anniversary of D-Day, the Allied invasion of Nazi-occupied France on the beaches of Normandy, we are revisiting the feature we ran in 2011 on the UT History Department’s Frank Denius Normandy Scholar Program.

The program, which celebrated its 25th anniversary this year, continues to evolve. It is now named after one of its greatest supporters, Frank Denius. And in the past year the faculty was joined by Prof Tatjana Lichtenstein, who added the course, “Poland and World War II” to the students’ curriculum during the semester at UT and organized five days of study in Poland, including visits to Cracow, Lodz, Warsaw, and Auschwitz.

“Nothing brings history alive like discussing it with students on the spot where it took place.” That’s Professor Charters Wynn, the current Director of the Normandy Scholar Program, a course of study at the University of Texas at Austin that combines a semester of coursework with a three-week trip to historical sites in Europe. “Life-changing” and “unforgettable” are two words that often come up when students describe their experience in the program,

This month NOT EVEN PAST is featuring the Normandy Scholar Program with articles and photographs by its professors and students.

The program began at UT in the fall of 1989.  The Battle of Normandy Foundation, in conjunction with Governor Bill Clements, University of Texas President William Cunningham, and several years later, decorated veteran of the Normandy invasion and philanthropist Frank Denius, all worked to establish a program that would provide an opportunity for undergraduates to study the causes, conduct, consequences, and contemporary representations of the Second World War.

Each spring around 20 students take five upper division classes aimed at providing students with “an intensive and comprehensive education in the history of World War II,” notes Professor David Crew, who teaches a course on Germany during the Second World War.  Professor Michael Stoff teaches on the United States and World War II.  Professor Judith Coffin teaches on modern France and the war, and Prof. Wynn teaches the program’s Russian history course. Professor Françoise deBacker teaches a course on representations of the war in museums and war sites. 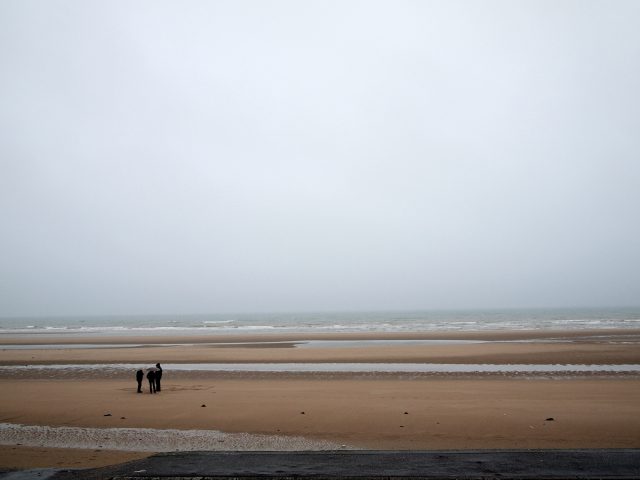 These classes are complemented with weekly film screenings to expose the students to classics like Casablanca, as well as less well known European films such as Come and See (1985) and Flame and Citron (2008).  Normandy Scholars also attend regular guest lectures, including talks by veterans and a Holocaust survivor.  This was part of the allure of the program for Anna Harris, who wanted to “get the straight story from people who experienced the war directly.” 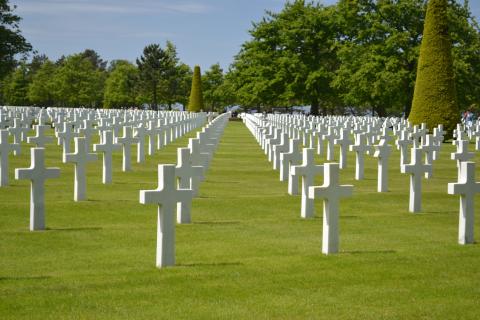 The American cemetery in Normandy (Wikimedia)

Blair McBride, a 2011 participant, declared that the “Normandy Scholar Program was one of the most demanding and difficult experiences of my college career.  It was also the most rewarding, exciting, and life altering.” As Prof Wynn adds, “It is extremely rewarding to teach and learn from students, as we visit such sites as the Sachsenhausen concentration camp or the building where the Nazis surrendered to the Red Army.  The intellectual and personal growth the program fosters has directly led to Normandy scholars’ success at some of the top graduate programs and law schools in the country.  It has, in short, changed their lives – and mine.”

Since 1989, 512 students and 16 faculty members from the Departments of English, French and Italian, Government, History, and the Center for American Military History have participated in the NSP. The students come from all areas of the university, including architecture, fine arts, business, economics, and government.  Not surprisingly, though, about half are usually history majors, and many more end up history minors by the end of the program. The intellectual rigor of the program makes recruiting students with proven academic ability a necessity; students need at least a 3.5 GPA to apply.

At the end of the semester, as other students are preparing to take final exams, the NSP students and faculty take a three-week trip to Normandy, Paris, London, and Berlin to visit important historical sites and museums they have studied all semester long. Not surprisingly NSP alumni often recall the trip abroad as the highlight of the program.  Tarik Harris, a 2011 Normandy Scholar, reported that the ability to “actually stand at the places where history had been made gave us an opportunity to learn in a way that a simple classroom course cannot replicate.” 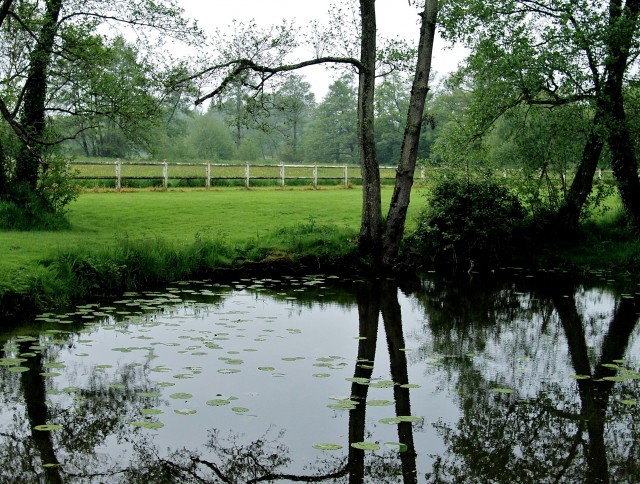 Over the past 23 years, there have been many changes in the Normandy Scholar Program. The main change is the broadening of focus, both in Austin and in Europe.  The program began as a way to help students remember the struggle and sacrifice of Americans during World War II, but it has expanded to include the wartime experiences of civilians as well as soldiers, and includes the historical perspectives of Germany, France, England, and the Soviet Union.  Whereas students used to travel only to Paris and Normandy, they now visit London and Berlin, and the faculty hope to include a trip to Poland in the near future.  There has also been more emphasis in recent years on the experience of the Pacific War, which Prof. Stoff covers in his class, to provide a better sense of World War II as a truly global conflict.

Frank Denius continues to be a stalwart supporter of the NSP.  Recently, the Cain Foundation, of which Denius is the president, provided a generous donation, which will enable the NSP to move into its own space in the new Liberal Arts building, scheduled for completion in 2013.

During the month of September, we will be posting articles by NSP and other history department faculty, some of which derive directly from the courses taught in the Normandy Scholar Program.

For more information about the Normandy Scholar Program, including application materials and student testimonials, take a look at the program’s website. 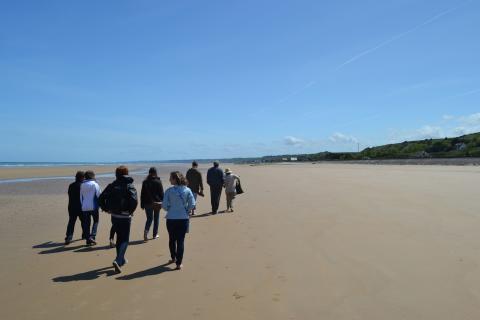 More “then and now” photographs of the Normandy invasion locations

On the “Challenges of Counting D-Day’s Dead”

A very moving tribute to the fallen soldiers on Normandy beaches