This is the first in an occasional series of articles highlighting the fascinating collection of historical documents in the Briscoe Center for American History at UT Austin.

Austin’s passport and the receipt for his book purchases are part of a collection held at The Briscoe Center for American History at UT Austin. The passport confirms that Austin boarded the Wanderer and set sail from Veracruz bound for the United States. The exact date of Austin’s landing in New Orleans is unclear, but the New Orleans Bee mentions Austin’s stay on Aug. 12, 1835. 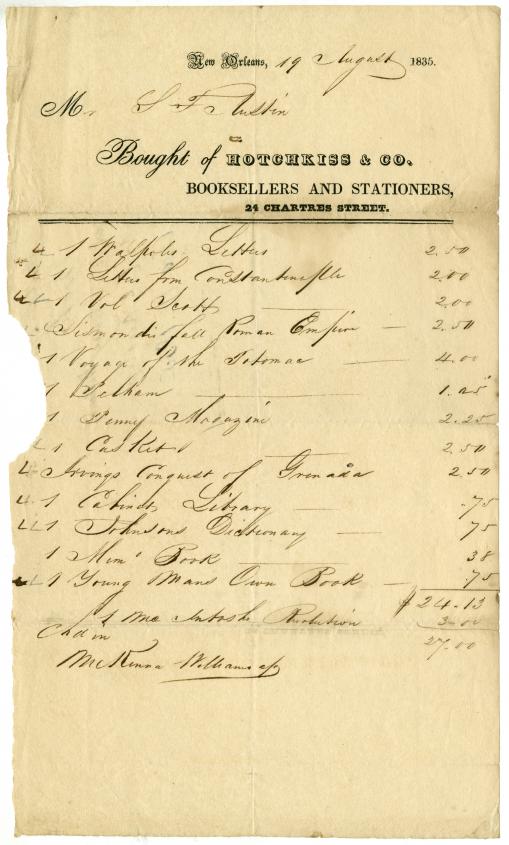 While in New Orleans, Austin visited Hotchkiss & Co. Booksellers and Stationers on Chartres Street, where he spent $27 on books. It is clear that Austin was interested in conflicts. Listed on the receipt were two recent publications: A History of the Fall of the Roman Empire by J-C-L Sismondi and History of the Revolution in England 1688 by Sir James Mackintosh (both published in 1834). Austin also purchased Washington Irving’s military history, Spanish Conquest of Granada.

These choices suggest a shift from Austin’s long-held moderate outlook regarding Texas’ relationship with Mexico toward resignation that conflict was inevitable.

Other purchases listed on the receipt, however, reflect very different preoccupations. 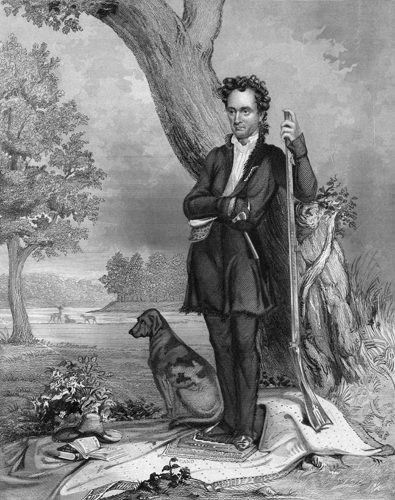 An issue of the monthly literary magazine, Atkinson’s Casket: or Gems of Literature, Wit, and Sentiment and a copy of Penny Magazine, which focused on British culture, exhibit the cultural interests of the future revolutionary. Since Austin wrote often and at length, it also seems fitting that the receipt includes a copy of Samuel Johnson’s Dictionary of the English Language.

Austin also bought the Young Man’s Own Book: A Manual of Politeness, Intellectual Improvement, and Moral Deportment and Sacred Classics, or Cabinet Library of Divinity, featuring sermons on a variety of topics. Most of the books Austin bought that day are works of nonfiction and convey a serious frame of mind in August 1835.

He did leave room for a novel: Pelham: Or the Adventures of a Gentleman, a tale of a young man with political aspirations — a topic that may not have been far from Austin’s heart.

And Danielle Sanchez discusses her family’s confusing, and often painful, history of immigration, race and prejudice.