The Alien and Sedition Acts are one of the most infamous laws in American history. Signed into law in 1798, these dual pieces of legislation gave President John Adams two controversial pieces of executive power: the ability to deport any alien the President deemed “dangerous to the peace and safety of the United States” and the restriction of “seditious” political speech. The ruling Federalist Party justified these repressive measures by claiming they were essential to combating the violent ideas spreading from Revolutionary France. 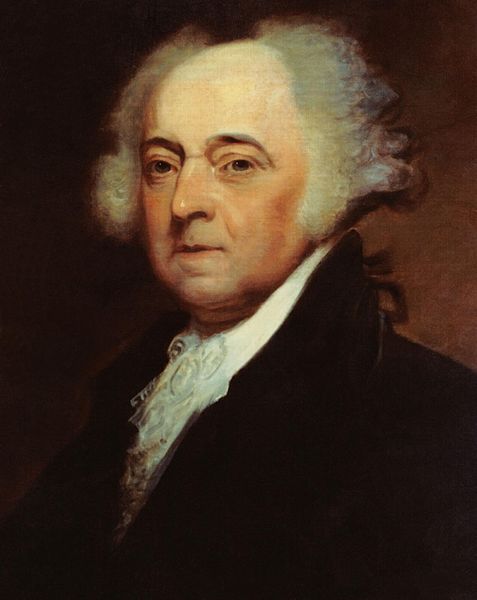 “Throughout our history we have found that it is difficult to balance liberty and security, especially in times of crisis. If people are given too much freedom, anarchy could result; conversely, if the government goes too far in its exercise of security, we might compromise an “unalienable” right. This problem becomes even more difficult in times of crisis. When people get afraid, they want protection. But how far can the government go in exercising its responsibilities without jeopardizing the people’s rights?” 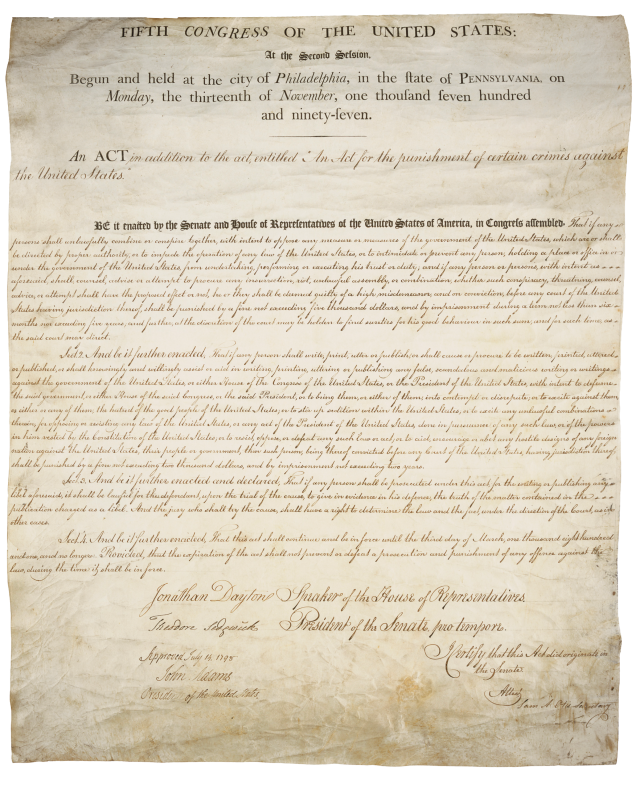 “The Alien and Sedition Acts provided the first test of a young United States government in balancing an individual’s rights against the government’s responsibilities to provide for the common defense. The Acts, like the recent Patriot Act, were passed ‘in a period of real and perceived threats to the homeland.’ History ultimately determined that the Federalist Party went too far, and that the nature of the threat was no reason to ignore the Bill of Rights.”