This article is part of an occasional series of articles highlighting the extraordinary collection of historical documents in the Briscoe Center for American History at UT Austin. 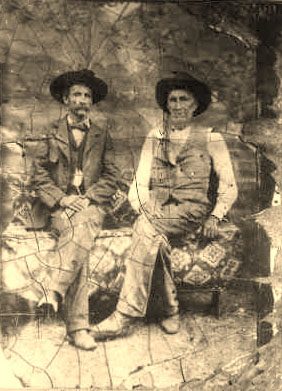 The John Coffee Hays Collection at UT Austin’s Briscoe Center for American History contains a printed oral history by early Texas historian Andrew Jackson Sowell. The oral histories recount the involvement of settler Thomas Galbreath in three frontier skirmishes between the Texas Rangers and Comanche warriors during the 1840s. Sowell’s article serves as an example of the way Texas’s early events were passed orally by participants and thus became part of the inexact, and possibly fictional, landscape of Lone Star lore and legend. Though the article is undated, it names Sowell as the author and was probably taken from the column, “Frontier Days of Texas” that he wrote in the San Antonio Light newspaper during the 1910s. The son of Texan settlers, Sowell interviewed Galbreath himself, as well as participants Benjamin Highsmith and Creed Taylor decades after the events took place. Since Sowell was not born until 1848, he captured the history from aging frontiersmen who recounted their experiences years after the era of the Texas Republic (1836-46).

In addition to offering an overtly romanticized and partisan description of the Texas Rangers’ role in frontier dominance, the validity of the article has been called into question by several modern historians. The most controversial Anglo-Indian skirmish in the article, famously called the Battle of Bandera Pass, narrates how John Coffee Hays’s Texas Rangers defeated a much larger Comanche force in the Texas Hill Country. As historian Stephen Moore points out, Sowell places the fight in 1841, but men listed as participants do not appear in Hays’s rosters until 1842. Some, such as Samuel Walker, do not even arrive in Texas until years later. Furthermore, the author places the event in the wrong county. A current historical marker stands in Bandera, in south-central Texas, but the battle probably took place in Kendall County to the east. Not a single primary source memoir, report, or contemporaneous press account records this battle, which is uncommon for fights of that scale during the period, and consequently brings even its occurrence into question. 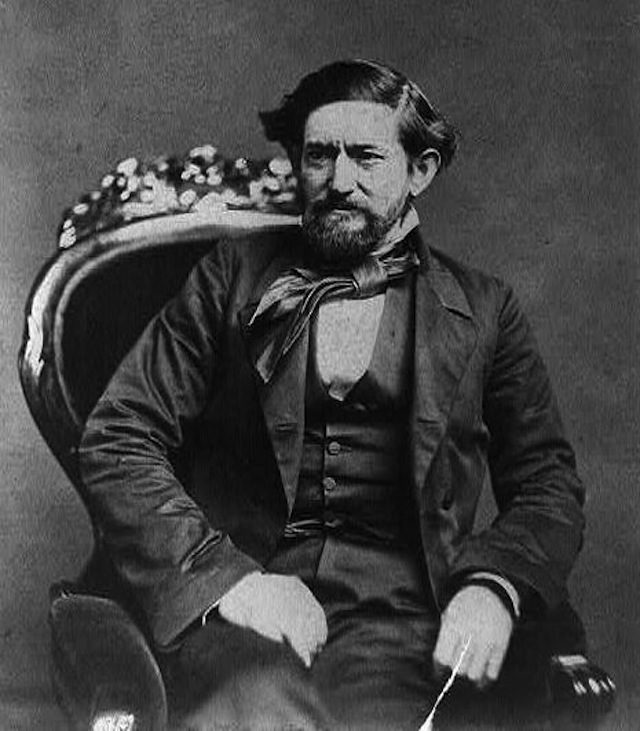 The result of this flawed amalgamation of oral histories was the addition of another legendary feat of martial prowess to the lore of Texas history. Though possibly fictional and probably incorrect, the Battle of Bandera Pass became accepted as fact for generations of proud Anglo-Texans. In a larger context, printed articles of this manner assisted in establishing the iconic Texas Ranger at the apex of popular Texan cultural masculinity. Offered as stories of bravery and victory at the expense of feared Comanche opponents, Sowell’s writings came to symbolize a past Golden Age for Lone Star nationalism. 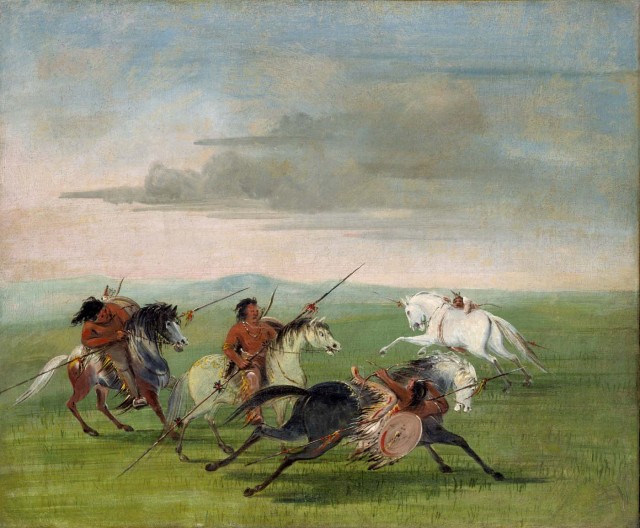 Comanche Feats of Horsemanship by George Catlin 1834. Via Wikimedia Commons.