Tucked away in a corner on the second floor of Jester Residence Hall at UT Austin stands a thought provoking exhibit that pays tribute to Native Americans, the “First Texans.” Many times I have hurriedly passed by this area and only given it a casual look. In fact, the day I went to visit the exhibit,, students were standing directly across from it, laughing, doing dance routines, and hanging out with friends. No one even glanced in the corner. However, I strongly encourage taking the time to explore this well-constructed and respectful gallery honoring the first inhabitants of Texas. 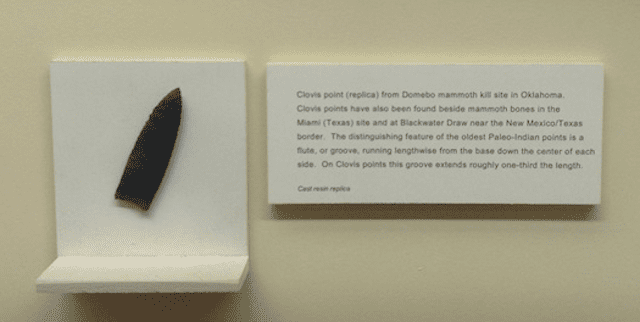 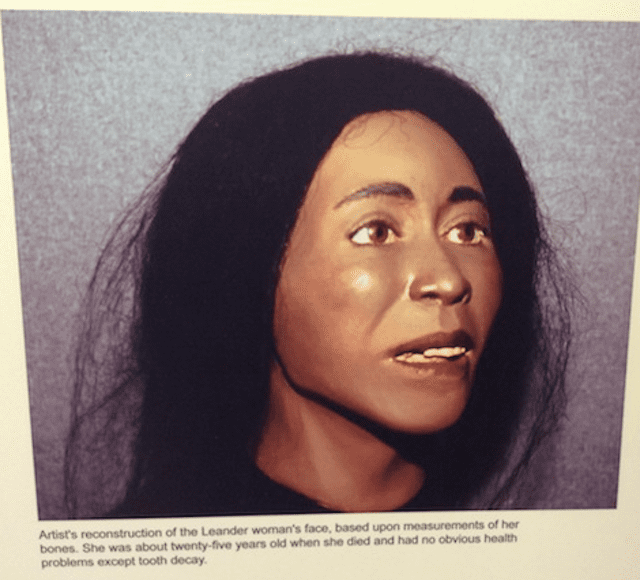 The idea for the exhibit was hatched by Floyd Hoelting, Executive Director of the Division of Housing and Food Service. With the help of his staff members, student leaders, the Institute of Texan Cultures, and other experts in the field of archaeology, sociology, and anthropology, the commemoration became a reality. In six panels, the gallery traces the history of Native Americans in the region, commencing around 13,000 bce, to the arrival of the Spanish in the early 16th century. But the displays do much more than simply chronicle the experiences of indigenous people who lived thousands of years ago. It also seeks to dispel common stereotypes surrounding these cultures and to demonstrate that Texas history does not begin and end with the Alamo. For example, the second plaque discusses the populating of the Texas region by the Clovis peoples. Archeologists and anthropologists had previously described the Clovis as a nomadic band of hunters, but they were actually were a sedentary people who participated in farming and created complex architectural structures to protect themselves from the elements. In addition, artifacts such as bowls, hunting instruments, and drinking utensils aid the visitor in reconstructing what life was like for indigenous people in centuries past. Visitors should also make sure to pay attention to what is under them as well as around them, because complementing the panels and artifacts nicely is the beautiful design found on the floor of the exhibit, which features a map of Native American archeological sites located in every section of the state. 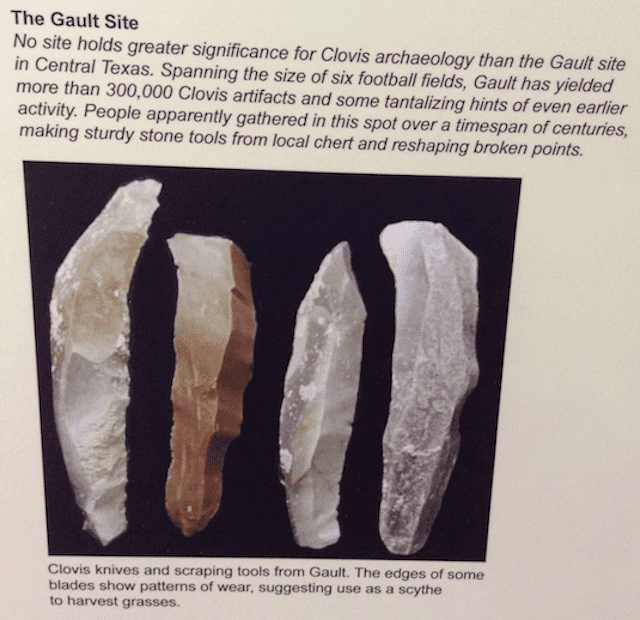 The First Texans exhibit is a part of Jester Hall’s Gallery of Texas Cultures that showcases over thirty different ethnic groups of the state, highlighting the specific role each played in molding and influencing the politics, education, and culture of Texas. According to its website, “as a visual resource, the gallery is intended to increase the knowledge of the history and contributions of ethnic groups among students, faculty, staff and visitors while as a physical resource, the gallery is intended to provide the venue to inspire conversation, learning and a greater understanding of others.” Visitors who take the time to see The First Texans display will surely agree that it achieves its intended purpose. 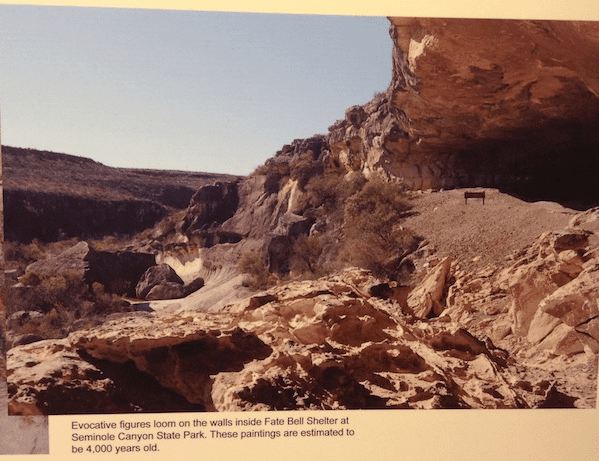 You can see some of the exhibit at The Gallery of Texas Cultures website.