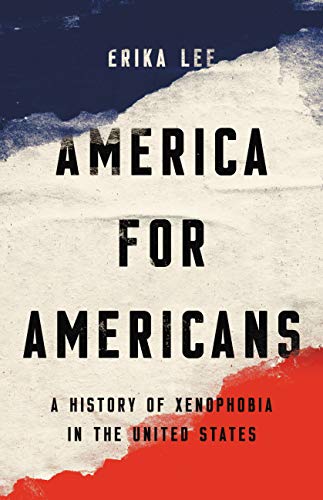 In March 2020, an art dealer in New York emailed a Vietnamese art curator named An Nguyen and revoked his participation in an upcoming event. A “high level of anxiety” surrounding COVID-19, and concerns that Asians carried the virus might discourage audience attendance, she explained.  When reports of the Coronavirus first hit the mainstream media, rumors about how the virus originated began to circulate.  Soon, headlines named Wuhan, China’s wet food market as the epicenter.  Heightened Asian xenophobia and racial stereotyping quickly ensued as many blamed Chinese behaviors and habits for spawning a previously unknown virus.  Experts explain that in times of increased social or economic panic, targeted campaigns against foreigners increase. The results include violence, exclusion, extermination, internment, and deportation. To historians aware of this past, the scapegoating of Asians following the emergence of the Coronavirus sounds dangerously familiar. For Americans unaware of these trends there is no better time than now to understand the country’s history of immigration.

Immigration expert and historian Erika Lee defines xenophobia as the “fear or hatred of foreigners.” The ideology perceives outsiders as a threat and drives a fear of others that sometimes provokes a military response.  In her book, America for Americans: A History of Xenophobia in the United States, Lee connects the experiences of many groups across time to show the longstanding tradition of American xenophobia.  Masterfully, she shows how xenophobia works with racism and race making and adapts and flourishes in different contexts.  Lee argues that war, demographic change, and economic uncertainty (among other things) provoke heightened xenophobic behavior.  This powerful concept influences elections, legislative policies, and justifies violence and dispossession.  Beginning with Native American settler colonialism and the institution of slavery, Lee shows how each xenophobic episode builds on the next becoming intertwined with American racism, white superiority, and nationalism.

Lee begins in colonial Pennsylvania where German immigrants settled in large numbers in the mid eighteenth century.  British settlers labeled German immigrants as threatening to the Pennsylvania colony. They argued that too many of them were coming in, and that their religious views, divergent politics, and distinct ethnicity clashed with those of British colonists.  However, the Seven Years’ War, 1754-1763, provided German immigrants with an opportunity to prove their loyalty to the British.  The conflict caused the nature of xenophobia to shift.  The Germans took part in expelling Pennsylvanian Native American tribes and the French in the region.  Their participation in the war allowed them a newfound whiteness which increased their political power and social status.  Meanwhile, Native American tribes became the targeted other, foreignized in their own land.

Lee shows how xenophobia evolved as the American Republic expanded into a powerful nation. The xenophobic slander used against the Germans and Indian tribes in the Northeast was then applied to different Indian nations and the Mexican Republic. Newspapers, scientific journals, and popular literature drove ideas of the “savage” native and the “lazy” Mexican, which influenced public opinion and justified targeted actions.  Lee shows how the ideology of xenophobia changed with demographic shifts like American westward expansion, and economic divisions brought on by the emergence of democratic capitalism and industrial progress.  To distract the working-class from growing domestic social and economic divisions, xenophobia now targeted immigrants, most notably the Irish-Catholics. Building on the rhetoric used against Native American tribes, Americans stereotyped the Irish as a “dirty,” “savage,” “Celtic” race of people. This form of xenophobia promoted American nativism, nationalism, and religious discrimination. Further, Lee shows how the American, or Know Nothing Party, which formed during these years, politicized xenophobia and promoted hatred and violence against Irish immigrants. The Know Nothing platform gave a political foundation to future xenophobic movements.

Economic shifts and regional developments continued to transform America during the last half of the nineteenth century.  Growth in the transportation and communication sectors led to increased immigration while social and economic divides grew deeper during the so-called Gilded Age.  Lee reveals that like the Germans in colonial Pennsylvania, the Irish gained whiteness by finding a new target: Chinese immigrants. Building on her work in At America’s Gates: Chinese Immigration During the Exclusion Era, 1882-1943, Lee links another important and consequential shift in American xenophobia. “Asian” became a new racial category, but the rhetoric directed towards the Chinese reveals a xenophobic continuity.  Chinese slander mimicked the language used against previously targeted groups. Arguments claimed that the Chinese were stealing American jobs and that they refused to adopt American ways of life. Americans characterized Chinese women as diseased prostitutes and described the men as feminine. However, more like Native Americans and enslaved peoples, the Chinese could not claim whiteness like the Germans or Irish eventually did.  Instead, an anti-Chinese movement that lasted until 1943 began, starting with the Chinese Exclusion Act in 1882.

The Chinese Exclusion Act set a precedent for future federal immigration policies. In 1889 the Supreme Court voted to uphold the law, and as Lee shows, both parties supported these decisions. This is the moment, she claims, when America became a “gatekeeping nation,” by legalizing xenophobia. Still, as she explains, there were loopholes. Elite Chinese travelers and immigrants continued to enter, while laborers could not, creating what Lee refers to as a two-tiered system of exclusion that distinguished between race and class.  The federal government moving forward could and did restrict immigration based on race, class, national origin, and ethnicity.  World War I exacerbated these efforts and in 1921, the federal government passed the Emergency Quota Act, followed by the Immigration Act of 1924, which successfully decreased European immigration. This caused an upsurge in Mexican immigration to help replace lost labor, but the great market crash in 1929, followed by the Great Depression, resulted in new targeted attacks against Mexican immigrants. As Lee argues, once again xenophobia shifted to meet the new circumstances.  America entered a new phase of deportation to rid the nation of all Mexicans whom officials argued were “dirty,” “diseased,” “criminals” that stole American jobs. The same type of stereotypical rhetoric deployed against previously target groups continued to justify targeted action in the twentieth century.

Lee’s timely historical synthesis offers a new approach to immigration histories.   Linking many cases over time shows the continuity of xenophobia, and in the process, we see connections missed with single histories of immigration. This larger narrative shows how xenophobia crosses regional and ethnic boundaries and works as a weapon to combat social upheaval amid domestic catastrophes.  During times of crisis, projecting blame onto a distinct group of people supplies both a distraction and an emotional outlet.  However, the fallout is violence, hatred, and at times the loss of innocent lives. As Americans, and the world, now enter a new phase of social and economic uncertainty, Lee’s work offers important context.  The issues masked by xenophobia are structural and intimately intertwined with American nationalism, white supremacy, and racism.  As COVID-19 continues to test our nation in new ways, everyone can learn from the history lesson on immigration provided in America for Americans.