The coincidence was striking when negotiators from around the world gathered at Cancún, Mexico, in late 2010 to make progress on an agreement to curb emissions of greenhouse gases. The last time the globe had experienced significant warming – about 120,000 years ago – the Cancún coastline had been deluged by a seven-foot rise in ocean levels over several decades. Would governments, after years of inaction, embrace a binding deal to head off rising sea levels, extreme weather, disruptions of food production, and other potentially cataclysmic results of a warmer atmosphere? Predictably, the answer was no. Despite abundant evidence of impending disaster for many low-lying parts of the world, the representatives from 194 nations agreed to only minor, face-saving new provisions to encourage cooperation. 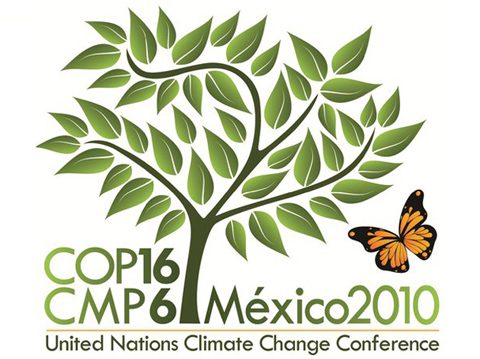 The reasons for this disappointing result were the same ones that have bedeviled climate-change negotiations since they began under U.N. auspices in 1990: differences over strategies for combating emissions, disagreements over how large reductions should be, and, above all, divisions amongst the nations of the developed world, which have reaped the benefits of fossil fuel-based industrialization for many years, and less-developed nations, which view restrictions as an unfair limitation on their economic growth. 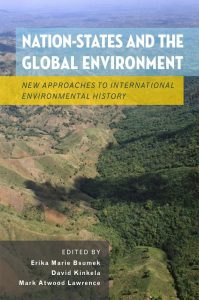 Such disputes are merely outward manifestations of a more fundamental problem at the root of the climate-change talks. A meaningful solution to global warming, deforestation, species extinctions, and other major environmental problems will require global commitments to common policies. Yet nation-states, the basic building blocks of the international order, have great difficulty prioritizing the general good over their narrower interests. Global problems, in other words, require a kind of cooperation inconsistent with the jealously guarded sovereign prerogatives and economic concerns of individual nations. Activists and supranational institutions have clearly recognized the problem and consistently urged national governments to look beyond their own interests. But such appeals have produced few results. As flows of pollution – not to mention people, money, goods, and information – have become increasingly global, national governments have failed to keep pace by establishing new cooperative regimes or ceding authority to supranational regulatory institutions. As journalist Fareed Zakaria succinctly summarized in 2008 “Formal political power remains firmly tethered to the nation-state, even as the nation-state has become less able to solve most … problems unilaterally.” The human future seems likely to depend crucially on how the international community manages what has often been called the “global commons,” but striking a new balance between global priorities and those of the nation-state will continue to be a key challenge for years to come.

The International Whaling Commission combined trans-national cooperation and moral persuasion to initiate a campaign to limit whaling. Tuna, which are not as pretty as whales, were not so lucky.

Nation-States and the Global Environment demonstrates that this predicament is not nearly as new as some recent commentary on climate change and other global challenges suggests. In fact, understanding present-day dilemmas may be as much a matter for historians as for natural and social scientists, journalists, and futurologists. Nations have long confronted the need to manage features of the natural environment – whether disagreeable pollutants, fragile habitats, or desirable resources – that, acting with a kind of agency of their own, pay little or no heed to artificial geopolitical boundaries drawn and defended by humans. Nation-states have, for example, long sought agreements to manage migratory wildlife, just as they have negotiated conventions governing the release of toxic materials or the exploitation of rivers and other bodies of water. Similarly, nation-states have long attempted to exert influence over resources beyond their borders, to impose their standards of proper environmental use on others, and to import expertise developed elsewhere to cope with domestic environmental problems. To be sure, the scale, urgency, and visibility of such endeavors have increased dramatically in recent times. But present-day efforts to find international solutions to trans-boundary environmental challenges unquestionably have historical precedent. As environmental historian William Cronon has eloquently observed, “Current environmental problems almost always have historical analogues from which we have much to learn if only we pay attention both to discontinuities and continuities that link past, present, and future.” 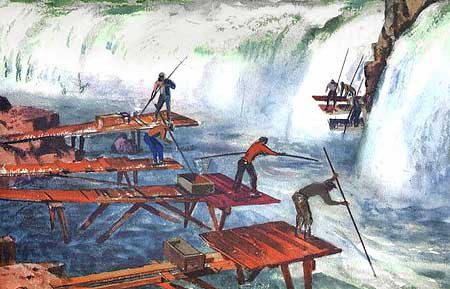 1930s painting of Indians fishing at Celilo Falls, as they had for thousands of years prior to white settlement of the Oregon Country. The Nez Perce resisted the globalization of salmon fishing, which, in turn, reinforced their sovereignty.

This book, a collection of essays by leading international and environmental historians, aspires to draw attention to some of these analogues by exploring the complex interplay between nation-states and the global environment in the nineteenth and twentieth centuries. Uncovering these histories provides context, reference points, and perhaps even lessons that can inform ongoing debates about how to close the yawning gap between environmental problems and the political mechanisms available to address them. The authors of some essays, especially in the first half of the book, are directly concerned with understanding the reasons for the successes and failures of past regulatory regimes. But the collection as a whole does not advance any single policy agenda or line of argument, and some essays may even contradict each other in their implications. Indeed, the most important point to emerge from the chapters may be the maddening complexity of the political, social, cultural, and technological issues at hand and the impossibility of simple solutions. Various essays highlight an array of barriers to effective cooperation inherent in the nature of nation-states – their parochial range of vision, their tendencies to set short-term concerns above long-term interests, their desires for competitive advantage in a world mostly lacking in recognized legal norms, and their responsiveness to domestic rather than global constituencies. 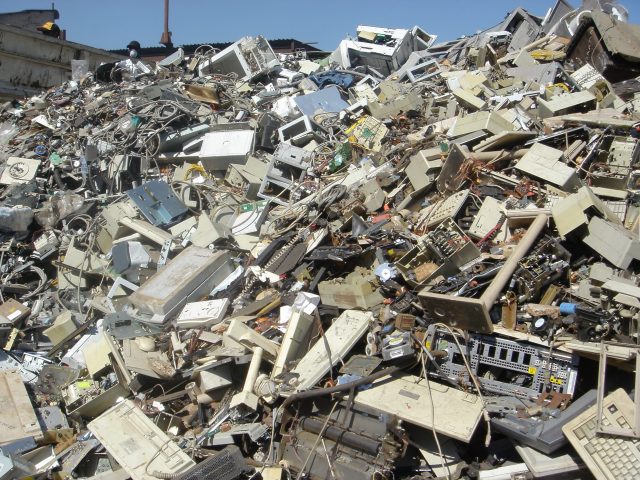 A lot of toxic electronic waste gets shipped to Africa

The essays also show, however, that nation-states are neither self-contained nor equal units when it comes to dealing with the global environment. Even as governments have tried to pursue national priorities, they have been challenged by activists, scientists, and other non-state groups seeking in different ways to subvert the nation-state as the key entity of environmental decision-making. Such groups, explored in the second half of this collection, have long shaped and constrained – just as they do in the present era of globalization – the ability of nation-states to erect and defend meaningful boundaries and insist on strictly national priorities. This book, then, depicts nation-states as doubly challenged in their attempts to regulate natural processes and enforce those regulations. In some of the historical case studies offered in this volume, authors demonstrate different ways in which nation-states have channeled and represented their interests, even as they processed and “domesticated” pressures, sometimes from subnational groups but increasingly from transnational networks, to alter their environmental practices.

Container boat on the Rhine in Cologne, Germany. The international Rhine Commission successfully engineered the Rhine river for shipping but, in doing so, ignored local concerns about the natural environment.

In pursuing this agenda, the books aims to contribute to the fields of international and environmental history, but it especially aims to push ahead the important work of combining these two fields. International/diplomatic and environmental history have been extraordinarily dynamic fields of historical scholarship in recent years. Yet the work of building bridges between these two fields and developing what might be called “international/diplomatic environmental history” has only just begun. This is not to say that no outstanding work in this genre has yet appeared. On the contrary, as we show in this introduction, a number of scholars, including several participants in this collection, have published pioneering studies since the 1990s.

The goal of this book is to reinforce the point that environmental and international historians have much to learn from each other and to build on earlier accomplishments by offering new case studies that might offer models for further work. Collectively the essays consider not just how nation-states have sought to control and regulate nature but also how cultural, ideological, and economic forces have shaped and constrained the options available to nation-states as they have struggled to master an ever-changing global environment.

Nation States and the Global Environment: New Approaches to International Environmental History, edited by Erika Marie Bsumek, David Kinkela, Mark Atwood Lawrence (Oxford University Press, 2013)
The book collects work presented at a symposium sponsored by the Institute for Historical Studies at The University of Texas at Austin in 2009.

For more to read on environmental history, look here.