“History,” at least as Egyptians read, write, think, and know it today, is actually of surprisingly recent origins. As both an idea and a method, it was put to work only at the very end of the nineteenth century, and in a few short decades, it had managed to completely replace a rich and venerable nine hundred year-old scholarly tradition of Islamic historiography. The shift was extremely rapid, almost automatic – and as such, it raised a few interesting questions: could non-Western countries like Indonesia, Kenya, Peru, China, or, in this case, Egypt, import the European historiographical model in a fashion that would satisfy their cultural and political needs, or is history-writing culturally bound? If the European model is adopted, what should these societies do, and what have they done so far, with their centuries-old historiographical traditions? More specifically, which dynamics have characterized the career of modern historiography in Egypt during the past century and what can we learn from them? Below are a few reflections that may bring us a step closer to understanding how some societies outside the European tradition “think with history.”  Most importantly, they challenge us to ask to what degree we can say the modern mode of history writing is universal. 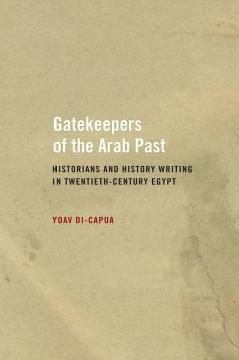 In Egypt, until the mid-nineteenth century, Islamic historiography accounted for all things past through an extraordinarily diverse range of written and oral forms. These genres are unique to the degree that in some cases, we do not have proper equivalences for them in English: khitat (geographical and ethnographic surveys), tarajim and tabaqat (biographical dictionaries), rihla (travel literature), in addition to chronicles, diaries and world histories. By approaching the past through multiple written genres Islamic historiography created a mélange of mythical, literary, poetic and ontological writing that allowed readers to re-experience the past as intimately as possible. Indeed, experiencing the past, that is, invoking the lost aesthetic sense of past times, was an important historiographical ideal.

Similar to all other branches of Islamic knowledge, the procedures for making sense out of the past placed God’s hand, or will, at the center of the work. In that sense, as in many other medieval cultures including European Christianity, history had a strong philosophical bond with theology. With God situated at the center of history, the task that fell to Muslim historians was not so much to explain human actions as it was to exemplify known truths and turn them into moral models. This was another historiographical ideal.

At the beginning of the nineteenth century, classic Islamic historiography was still functioning.  It left us, for example, with a rich and beautifully written account of Napoleon’s invasion of Egypt in 1798. But just seven decades later, this tradition was dead. How did this happen? The answer is that it was replaced by “historicism,” –the basic modern European mindset which seeks to establish the causal and scientific origins of any given phenomenon. Although it is not well known, historicism was, in fact, Europe’s number one intellectual export to the colonial world. Coupled with Darwinism, it established a new cultural gold standard for thinking about how the past shapes the present. Given the fact that during this time Egypt was drawn closer and deeper into the global economic order, for instance by building the Suez Canal in 1869, historicism became an irresistible habit of mind.

Historicism differed markedly from the Islamic historical model. Islamic historiography recorded all meaningful events on a monthly or annual basis in a kind of immersive fashion, usually without an overarching narrative and without a consistent commitment to establish causal relationships between them or to aspire to find objective empirical truth in the past.  But historicism advocated both causality and objectivity.  By the 1880s, the modernized educated classes had embraced historicism and had begun to view Islamic historiography as a fictional account full of forgery, myth and childish miracles. Losing its cultural credibility and seeing its practitioners marginalized by new classes, the diverse tradition of Islamic historiography completely collapsed. 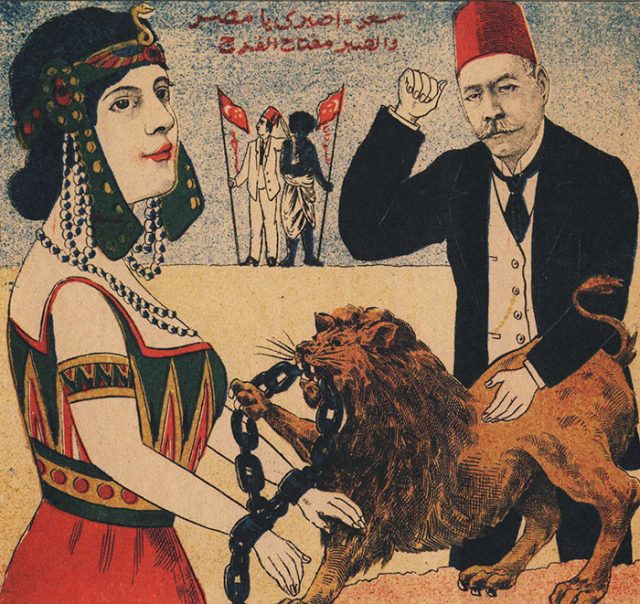 By the early 1900s it began to be widely recognized that because of its teleological and narrative properties, modern history writing could be used to legitimate and justify political action. As young nationalist politicians began composing their first books, the strong affiliation between history writing and popular nationalism became quite obvious. Increasingly, the subject-matter of history writing became the nation-state and the forces that created it, and, equally important, who should represent it. This new focus situated the historical method at the heart of a political struggle between fervent nationalist parties and a paternalistic monarchy. In 1920, faced with the possibility of losing the historical battle over the place of the monarchy in modern Egyptian history and hence, his very legitimacy to rule, King Fuad established Egypt’s first and only historical archive. The archive was housed in his downtown Cairo residence, the ‘Abdin palace, safely within his reach and just a few floors below his bedroom.

This was no ordinary archive but an all-inclusive, in-house operation that offered custom-tailored collection of documents, translation of source material, guidance on how to do archival work, free office space and paid residency, editing, publishing and international marketing. It thus provided an umbrella of services beginning with collecting source material and ending with the publication of close to eighty thick tomes on modern Egyptian history. All of these publications were written by paid European historians in French, Italian and English and were thus internationally visible.

In supporting this formulation, the ‘Abdin archive manipulated source material, introduced selective translations, and effectively created the myth that there are not now, nor were there ever, alternative sources for the study of Egyptian history. Because of the archive’s politicized and selective structure, all books researched there ended up showing how the monarchy had fathered modern Egypt. The roles of ordinary Egyptians such as peasants, women, and the poor were ignored. Such an undemocratic politics of knowledge instilled the sense that the past is dangerous and must be controlled. 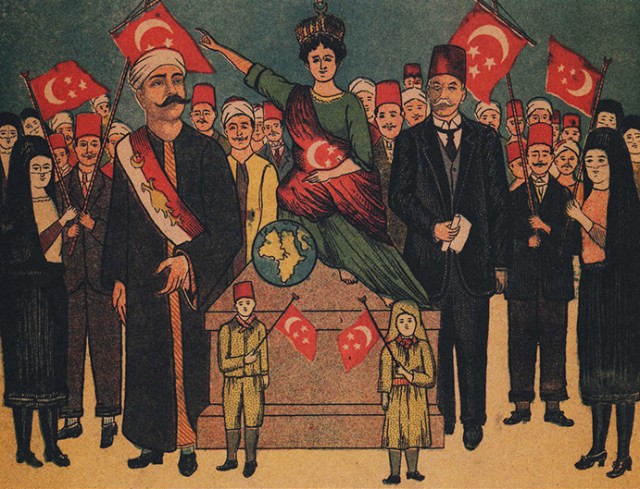 Modern historiography requires institutions: universities, professional associations, conferences, seminars, fellowships and of course, libraries and archives. But it also requires a professional culture or an ethos. In Egypt, as elsewhere in the colonial world, the formation of such an ethos was a middle-class enterprise, which began in the late 1920s in close cooperation with the royal archive. Under the leadership of the Western-trained historian Muhammad Shafiq Ghurbal, a close community of followers developed a professional creed that included four elements: a) the designation of a body of esoteric historical knowledge that practitioners were required to master, (b) professional autonomy in controlling the work and its practitioners, (c) a bid for monopoly of historical knowledge, and (d) the creation of an ideal of service which was both a commitment and an ethical imperative. Given the commanding presence of the royal ‘Abdin project, professionals believed that the methodological process of historical investigation was bound to yield objective scientific truth. This newly-constituted notion of professionalism served as an important identity codifier for these historians, and they used it, along with their ‘Abdin-based notion of scientific objectivity, to fend off competition from popular nationalist historians.

One such excluded historian was ‘Abd al-Rahman al-Rafi’i.  Al-Rafi’i was by far the most prolific and popular chronicler of nationalist Egyptian politics and the author of a series of books that flew in the face of the monarchical party line, arguing that it was in fact the Egyptian people who had created modern Egypt. A political adversary of the King, he was banned from working in the archive and had to make do with journalistic accounts and interviews. In the eyes of the newly-emerging professional academics, his politics and his usage of journalistic sources branded him an unprofessional amateur. Though shunned by the Egyptian academy, his popularity soared among ordinary Egyptians.  He became Egypt’s foremost nationalist historian. The legacy of this early experiment with professionalism was a debate that haunts Egyptian historians to this very day: who has the right to tell the history of Egypt? The absence of a politically neutral archive, providing documents for verifying competing historical arguments contributes to this state of affairs. Yet, the revolutionary events of the last few months are likely to radically change this dynamic.

Reacting to the use and abuse of history under the monarchy, the 1952 Revolution that overthrew the King eliminated the ‘Abdin project and much of the academy that had supported it. Under the guidance of the revolutionary state, a new attitude toward the past promoted celebratory accounts of the nation and its leader. This self-congratulatory historiographical logic prescribed the writing of patriotic accounts of liberation and struggle that were useful for the formation of collective national identity and group cohesion, but useless as public critique. Since the state and the nation were practically indistinguishable, critical historiography of the sort that questioned established political patterns, habits and trends was treated as unpatriotic, dangerous and, ultimately, illegitimate.

And so, beginning in the 1950s, the state refused to share its records with the citizens and systematically frustrated the possibility of using the past in order to establish a critical account of the nation’s affairs. In doing so, it established the notion that contemporary history writing was a taboo. Even after the surprising and crushing military defeat of 1967, civic forces were unable to examine historical documents to investigate the failure and understand its causes. Other major events in contemporary Egyptian history, such as the controversial 1979 Peace Treaty with Israel, also remain virtually unknown. Deprived of state records and with a predominant disdain for historiographical critique, the public-regime interaction lacks transparency and accountability. A few decades later, by the 1980s, a host of Egyptian historians, pundits, writers and novelists began talking about the death of the modern Egyptian historical consciousness. Though at the same time, historians who studied the politically irrelevant medieval past, faced little or no state opposition.

Reflecting on a century of historical thought and writing, one can say that the endurance of the historiographical apparatus that arrived in Egypt a little more than a century ago was dependent on the thriving of a democratic and transparent political culture. The absence of such conditions, the manipulation of the archives by the state, along with the inherently alien philosophical origins of modern history writing, triggered a chronic questioning of the historicist values (objectivity, accuracy, accountability, transparency and truthfulness), historical concepts (change, reform, revolution and continuity), historical themes (the nation-state), and organizational forms (training and accessibility to historical records). Thus, more than questioning the past itself, it is the mode of its interpretation, which was constantly being questioned. Such evidence casts doubt on the alleged universal tradition of history writing. Standing on the doorstep of a new political cycle, one that promises to be more democratic and open, the method of Egyptian history is ready for a new re-configuration.

Yoav di Capua, Gate Keepers of the Arab Past: Historians and History Writing in Twentieth-Century Egypt

Political posters from the 1919 nationalist revolution against British imperial rule. Egypt is represented by a non-veiled and rather French looking woman, similar to French revolutionary iconography. Pharaohnic motifs represent the ancient origins of Egypt as a political community which is now being reborn. The political leadership of the anti-colonial struggle is seen united behind the figure of Sa`d Zaghlul, the grand patriarch of the Revolution and the semi-independence which followed it.

More posters and more about Egyptian history at Histories of the Modern Middle East: Egypt