As more and more archives and news agencies digitalize their collections, a rich store of historical photographs is available to anyone with a computer. World War II was documented by photographers around the world and many of their photographs are now posted on Wikipedia’s website for images in the public domain (free for anyone to view and copy), Wikimedia Commons. 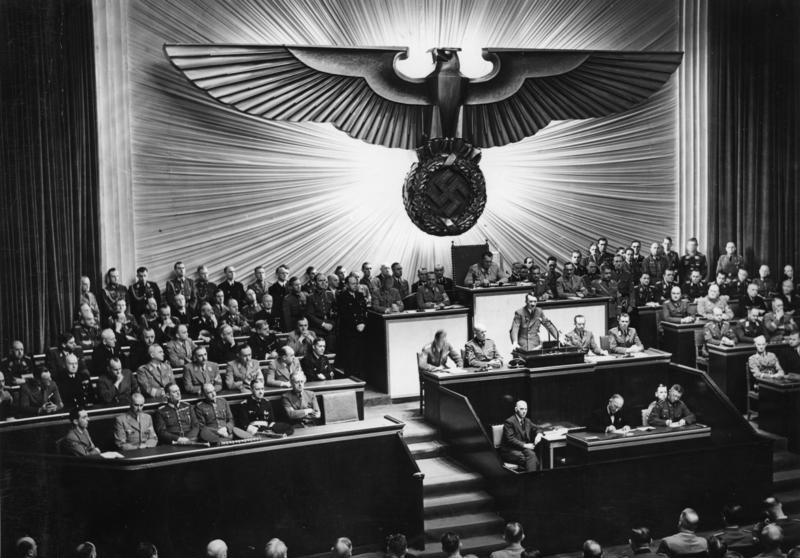 In 2008, the German Federal Archives made a large collection of WWII photos, 100,000 images, available on Wikimedia. These include battle and home front photos from all over the Europe. Here we see Hitler delivering a speech at the Kroll Opera House to the men of the Reichstag on the subject of Roosevelt and the war in the Pacific, declaring war on the United States. Below, Nazi police in Poland check a Jewish woman’s documents.

Following the example of the German Federal Archives, the Russian Information Agency, Novosti, began uploading photographs to Wikimedia for pubic domain access this year (2011). The first collection focused on photos from World War II.  Here we see women fleeing from a bombed building during the Siege of Leningrad and below, a partisan instructing men on using weapons. 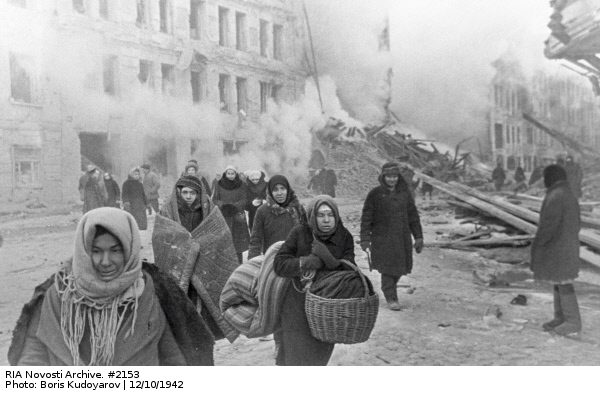 Even after looking at hundreds, if not thousands, of historical photos, I am still often struck by the immediacy of the past that photographs offer. This uncanny ability, to bring the past closer and give more nuanced understanding, make these collections invaluable tools for studying history. 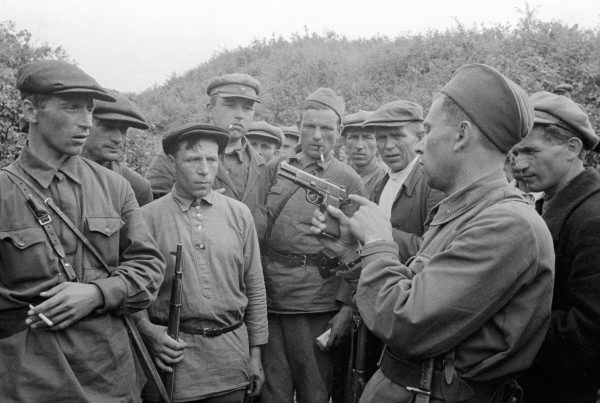 More on Wednesday: private publications of photos from the experience of World War II in France and the U.S.