This article was originally published in The Washington Post on November 5, 2019 as The dangers of President Trump’s favorite word — reciprocity: The Gilded Age roots of Trump’s trade philosophy.

“ ‘Reciprocity’: my favorite word,” President Trump has stated time and again since becoming president. What he means by “reciprocity” is “fair trade” instead of free trade, by using tariffs to retaliate against any trade barriers imposed by other countries. “If somebody is charging us 50 percent, we should charge them 50 percent,” Trump has explained.

But Trump’s version of reciprocity is not simply “an ambitious campaign to reform international trade,” as he recently argued in a U.N. speech deriding “globalism.” Nor is it new. 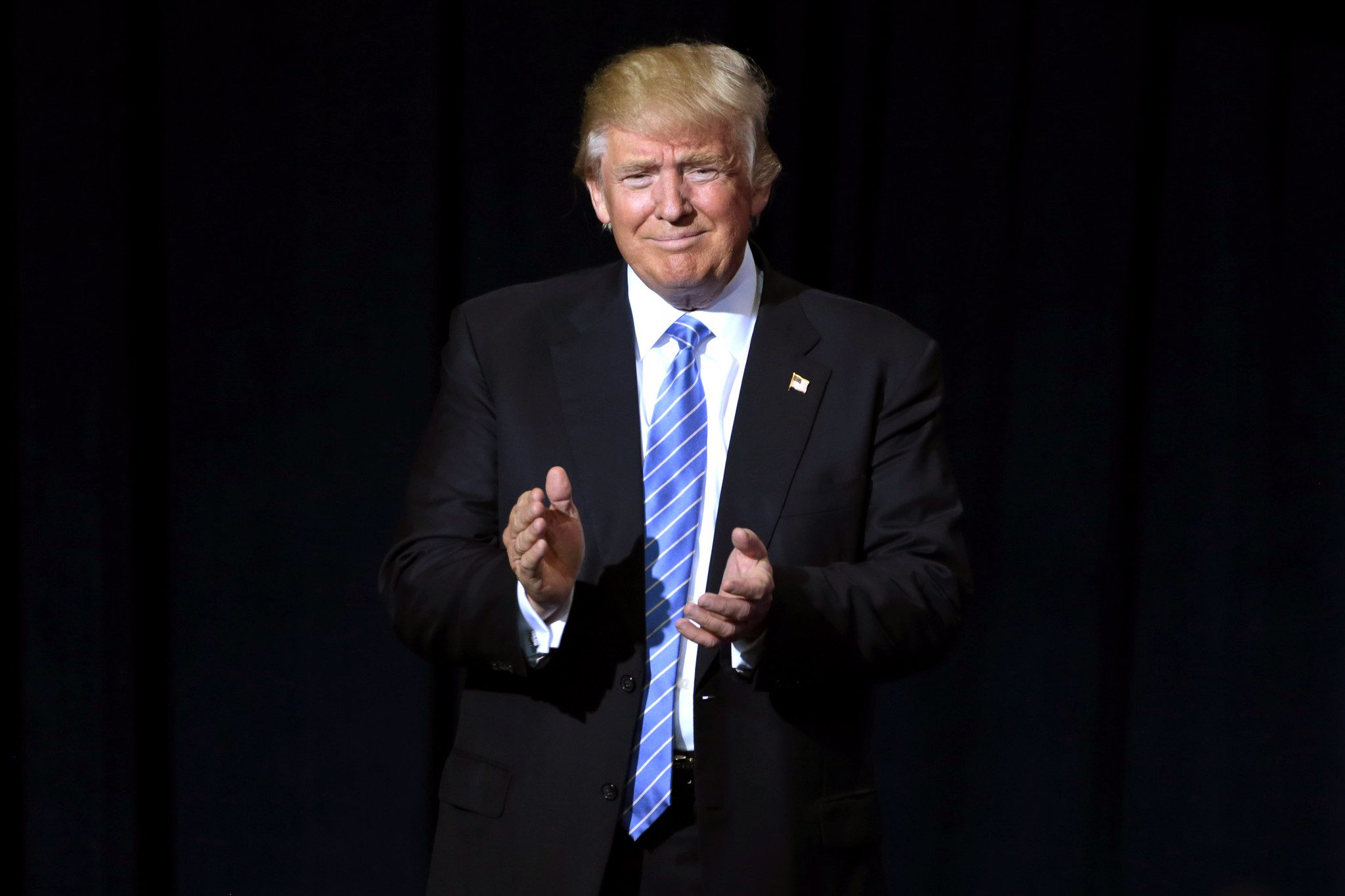 Donald Trump at a rally in Arizona, August 2016. (Photo by Gage Skidmore via Flickr)

Rather, it is a return to an old way of leveraging U.S. power against more vulnerable states under an ostensibly fair framework. This particular Republican Party tradition is rooted in late-19th-century GOP foreign policies. Now, as then, Trump’s “favorite word” is a tool for retaliation to be used against “so-called allies.” It coerces specific behaviors by leveraging concessions, invoking paranoia and alienating allies. In the end, it has replaced international cooperation with imperial activities and colonialism.

Following the U.S. Civil War, the party of antislavery rebranded itself as the party of protectionism, promising that high tariffs and subsidies would nurse nascent and growing U.S. industries to maturity. This protectionist reformation paved the way for a Republican foreign policy of the late-19th-century Gilded Age that was shaped by the era’s rampant cronyism, immigration restrictions and nationalistic GOP slogans like “America for Americans — No Free Trade.” 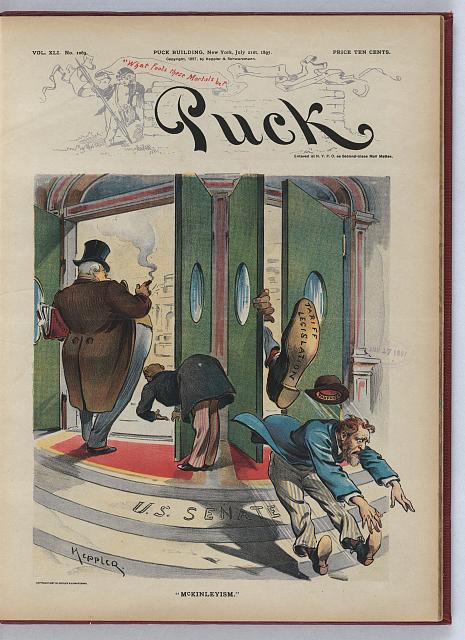 “McKinleyism” print shows businessman labeled “Monopolist” being welcomed into the “US Senate” and the “Tax Payer” being booted out by a shoe labeled “Tariff Legislation”, July 1897 (via Library of Congress)

This policy of reciprocity also depended on promoting conspiracy theories about “globalism,” especially about the free-trading British — the most prominent globalists of the Gilded Age. Republican leaders such as William McKinley of Ohio frequently asserted that it was “beyond dispute” that American free traders were in league with “the statesmen and ruling classes of Great Britain” in working to undermine the United States’ high tariff walls — “a joint warfare against American labor and American wages, a plot against the industrial life of the nation.”

The Gilded Age GOP, paranoid about the threat posed by the free-trading British and fearful of multilateralism, implemented its restrictive trade vision through the reciprocity provisions contained in the highly protectionist 1890 McKinley Tariff. Then, as with Trump today, the GOP’s version of reciprocity was bilateral and conditional. Any mutually agreed upon tariff reductions would apply only to the United States and the other signatory, thereby limiting the extent of trade liberalization to the two countries involved.

Such measures could also become coercive; the threat of punitive tariff retaliation hung over the heads of often reluctant signatories. William Lloyd Garrison, a free trader and a son of the famous abolitionist firebrand of the same name, observed as much in the early 1890s: Reciprocity’s “true name is retaliation … Republican reciprocity is a club. It threatens.”

In 1892, Republican President Benjamin Harrison ran for reelection on the campaign slogan “Protection and Reciprocity.” (He even owned two pet opossums named “Mr. Reciprocity” and “Mr. Protection.”) The 1896 Republican platform likewise called these “twin measures of Republican policy” that “go hand in hand.” 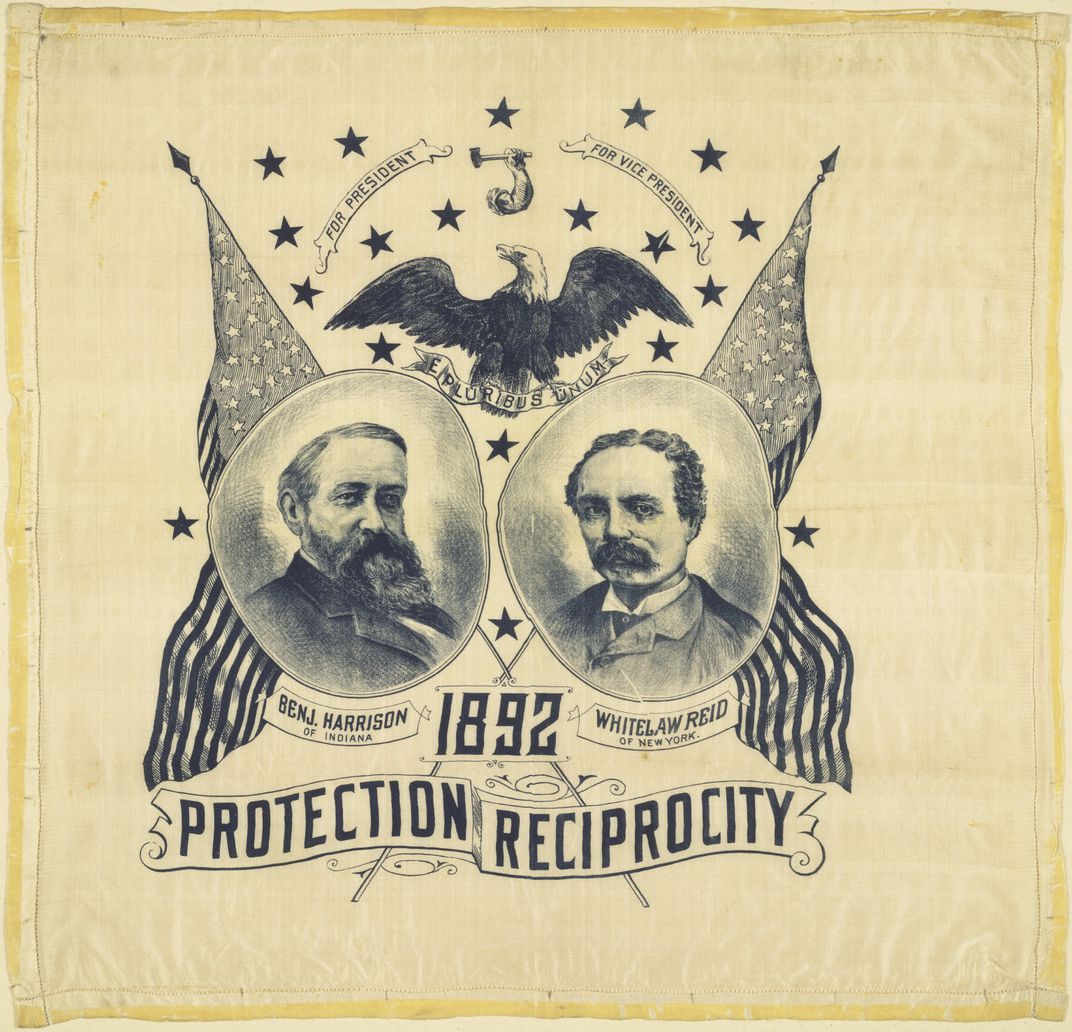 The coercive connotations of Republican-style reciprocity took on ever more imperial dimensions by the turn of the century. After the War of 1898, the United States formally acquired numerous colonies in the Caribbean and the Pacific from the vanquished Spanish Empire. While the former Spanish colony of Cuba remained independent in principle at the turn of the century, Republican President Theodore Roosevelt worked to make it akin to a U.S. colony in practice through reciprocity.

In his 1901 message to Congress, Roosevelt recognized that “reciprocity must be treated as the handmaiden of protection” and should be extended to Cuba. Elaborating on this, he then explained that reciprocity would give the United States informal control of “the Cuban market and by every means to foster our supremacy in the tropical lands and waters south of us.”

Reciprocity had stark consequences for weaker states such as Cuba. In 1902, Cuban representatives such as Luis V. Placé pleaded for free trade with the United States “on the understanding it is for you to grant; we beg.” In reply, the Cubans received taunts from GOP congressmen alongside a slightly discounted tariff rate on raw sugar, in exchange for discounts on a variety of U.S. exports and a further loss of control over its finances. The Cubans reluctantly agreed, fearing that to do otherwise would risk U.S. annexation.

In short, reciprocity gave the United States access to key foreign markets without undermining the protectionist system back home.

But the GOP began to question its allegiance to “protection and reciprocity” after the Second World War, once it was widely recognized that the party’s high tariff policies had worsened the Great Depression and sparked trade wars. Republicans also recognized that the country’s powerful manufacturing sector needed unhampered access to global markets. Since then, Republicans have joined Democratic administrations in supporting trade liberalization and multilateral institutions such as the World Trade Organization to usher in a new era of worldwide prosperity and more peaceful trade relations.

That is, until now.

Like the ghosts of the GOP’s Gilded Age past, Trump’s “favorite word” exemplifies his disdain for today’s multilateral system. He has already withdrawn the United States from the Trans-Pacific Partnership — a massive trade agreement made up of about a dozen countries — and he has threatened to withdraw the nation from the WTO.

Many Republicans, feeling betrayed by globalism after the Great Recession, have been quick to embrace Trump’s retaliatory trade views.

But while Trump’s brand of reciprocity might strike a chord with the GOP’s base, it also threatens long-standing alliances. After Trump slapped Canada with new tariffs last year, for example, the country was quick to retaliate. Canadian-American relations plummeted to lows likely not seen since the Gilded Age, back when the GOP’s trade spats with Canada frequently led to calls for all-out military conflict.

Trump’s reciprocity could also augur a return of old-school Republican economic imperialism. In a speech given in July 2017 to inaugurate “Made in America” week, Trump declared that “reciprocity must be treated as the handmaiden of protection” — a phrase lifted straight from Teddy Roosevelt’s 1901 message to Congress about Cuba.

The Trump administration’s “ambitious campaign to reform international trade” through protection and reciprocity is little more than a resurrection of the paranoid and coercive policies of the Gilded Age GOP. Signatories, beware.

Marc-William Palen is a historian at the University of Exeter. His book, “The ‘Conspiracy’ of Free Trade: The Anglo-American Struggle over Empire and Economic Globalisation, 1846-1896” is now available in paperback.

You might also like:
This Republic of Suffering: Death and the American Civil War by Drew Gilpin Faust (2008)
Fire and Fury: Inside the Trump White House by Michael Wolff (2018)
The Spirit of Honorable Compromise