Andrew Villalon offers the stories of some World War I veterans, including Frank Buckles, the last American who served in the war.

Jacqueline Jones shares a personal story of a World War II love story, and a poem.

During World War II the United States shipped an enormous amount of aid to the Soviet Union through the Lend-Lease program, discussed on NEP by Charters Wynn. And here is a video to accompany the piece.

Bruce Hunt discusses the decisions and discussions that led the US to drop an atomic bomb on the Japanese city of Hiroshima, signaling the end of WWII.

And, Charlotte Canning traces the diplomatic role played by US theatre during the first half of the twentieth century.

Turning to WWII and the Pacific, Michael Stoff recommends a readable tale of Olympic runner Louis Zamperini, a Japanese prisoner of war: Unbroken: A World War II Story of Survival, Resilience, and Redemption by Laura Hillenbrand (2010)

Yana Skorobogatov recommends The Atomic Bomb and the Origins of the Cold War, by Campbell Craig and Sergey Radchenko (Yale University Press, 2008)

Michelle Reeves suggests Henry Wallace’s 1948 Presidential Campaign and the Future of Postwar Liberalism, by Thomas W. Devine (University of North Carolina Press, 2013), and Divided Together: The United States and the Soviet Union in the United Nations, 1945-1965, by Ilya Gaiduk (Stanford University Press, 2013).

And finally, check out these recommended books on WWI, including José A. Ramírez’s To the Line of Fire, Mexican Texans and World War I (2009) and these on WWII, including David Kennedy, The American People in World War II (Oxford University Press, 2003).

America’s Entry in to World War I 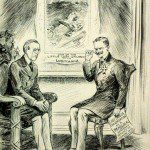 World War I ended the long-standing American policy of neutrality in foreign wars, a policy seen as dating back to the time of George Washington. What forces conspired to bring the United States into World War I, and what was the reaction at home and abroad?

Historian Jeremi Suri walks us through the events and processes that brought the United States into The Great War.

To learn more on Eugenics in the USA, and beyond, check out Philippa Levine’s article ‘Eugenics Around the World’ on NEP. 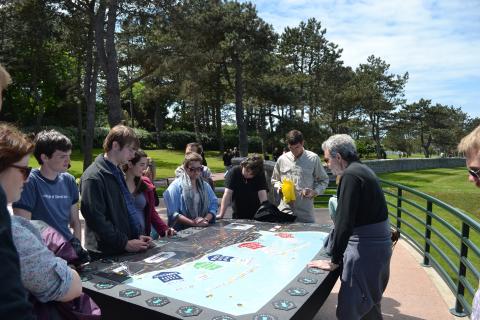 Joan Neuberger discusses the Harry Ransom Center’s The World at War, 1914-1918 exhibition, and talks to the curators of the exhibition.

You may also like Joan Neuberger’s exploration of World War II images on Wikimedia Commons: Part One and Part Two.