We start with two posts by Mark Atwood Lawrence on messages sent by George F. Kennan, a senior U.S. diplomat based in Moscow, and Nikolai Vasilovich Novikov, the Soviet ambassador in Washington, outlining their views on the intention of each nation in 1946. These sources and much more come from one of our featured books, America in the World: A History in Documents from the War with Spain to the War on Terror.

As the US and Soviet Union gathered information on each other, spies and bugs became key, as Brian Selman shows in his article on the bug problem at the US embassy in Moscow: Call Pest Control.

During World War II the United States shipped an enormous amount of aid to the Soviet Union through the Lend-Lease program, a program the Russians minimized and the West exaggerated during the Cold War. This is discussed on NEP by Charters Wynn. And here is a video to accompany the piece.

Cali Slair examines documents pertaining to the global attempts to eradicate Smallpox, and highlights the stockpiling of the virus by the US and Soviet Union during Cold War.

In the US, there were fears that hybrid corn would sow the seeds of Communism in the United States, as Josephine Hill reveals in her discussion of the cartoonist Daniel Robert Fitzpatrick.

Charlotte Canning traces the diplomatic role played by US theatre during the first half of the twentieth century.

Mary C. Neuburger discusses the history of US tobacco company’s importing cigarettes into the Eastern Bloc during the Cold War and her book Balkan Smoke: Tobacco and the Making of Modern Bulgaria.

“Before 1948, the Cold War was largely confined to Europe and the Middle East, areas that both U.S. and Soviet leaders considered vital to their nations’ core foreign policy objectives after the Second World War. By 1950, however, the Cold War had spread to Asia.” Mark Atwood Lawrence explains in his article CIA Study: “Consequences to the US of Communist Domination of Mainland Southeast Asia,” October 13, 1950

R. Joseph Parrott takes us to Cold War Mozambique and connections between Eduardo Mondlane, the first president of the Mozambique Liberation Front (Frente de Libertação de Moçambique or FRELIMO) and the US.

And, he looks back at America’s Pro-Apartheid Cold War Past.

Finally, Andrew Straw shares the story of his mother’s trip to Moscow in preparation for the 1980s Olympics.

From the LBJ Archives: 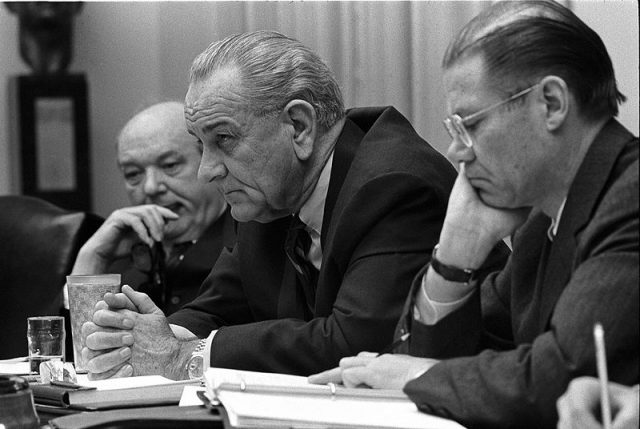 Elizabeth Fullerton discovers documents pertaining to the mysterious destruction of a US aircraft in Turkey in 1965 held in the Papers of Lyndon Baines Johnson.

And, Deirdre Smith examines documents that give a first-hand impression of the nature and texture of relations between the United States and Yugoslavia as it proceeded through the 1960s. 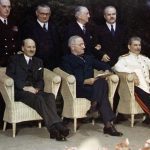 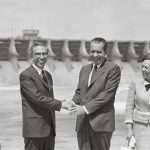 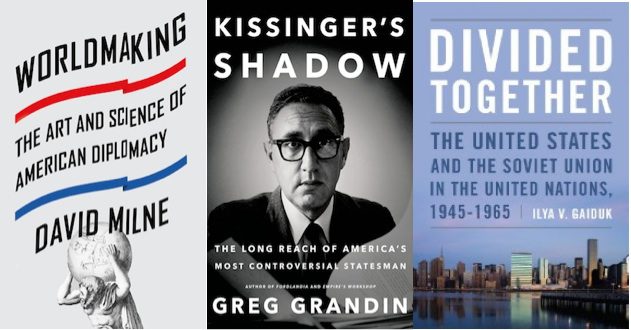 Yana Skorobogatov reviews The Atomic Bomb and the Origins of the Cold War, by Campbell Craig and Sergey Radchenko (Yale University Press, 2008)

David A. Conrad suggests Racing the Enemy: Stalin, Truman, and the Surrender of Japan, by Tsuyoshi Hasegawa (Belknap Press, 2006)

If you are interested in US diplomacy during the Cold War see Mark Battjes‘s review of Worldmaking: The Art and Science of American Diplomacy, by David Milne (Macmillan, 2015).

R. Joseph Parrott reviews The Rebellion of Ronald Reagan: A History of the End of the Cold War, by James Mann (Penguin, 2010) 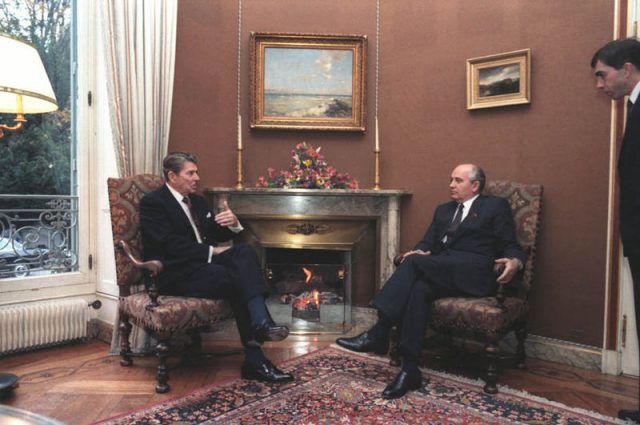 President Reagan meeting with Soviet General Secretary Gorbachev for the first time during the Geneva Summit in Switzerland, 1985 (Image courtesy of Wikimedia Commons)

Cold War around the World:

And finally, John Lisle takes us even further afield, into space, in his review of This New Ocean: The Story of the First Space Age, by William Burrows (Random House, 1998).